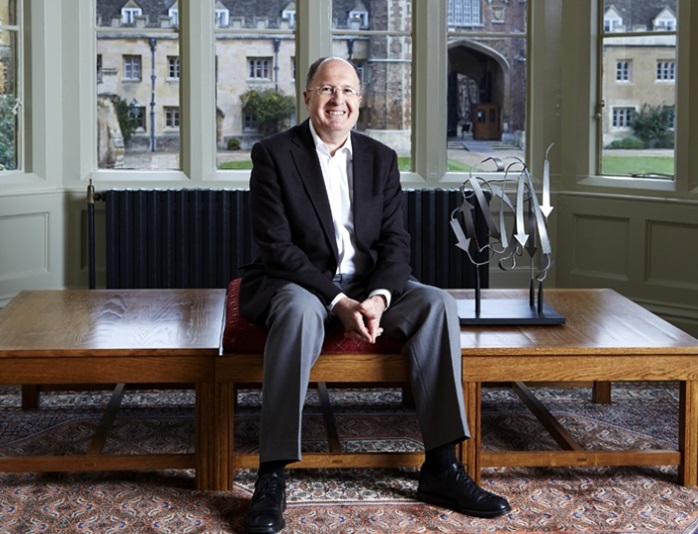 Blockbuster drugs: from fantasy to reality

An entire new class of drugs was launched as a result of technology developed by Sir Gregory Winter. These drugs work by using antibodies to neutralise rogue human cells or molecules that cause disease – for example, cancer or autoimmune diseases. The great benefit of these therapies is that they are highly targeted.

However, their development has been a long story, initially requiring the immunisation of mice. “But in patients the mouse antibodies were recognised as foreign and attacked by the human immune system” says Sir Gregory.

He therefore tried to “humanise” the mouse antibodies using genetic engineering, this approach later giving rise to such blockbuster drugs as Herceptin and Avastin for cancer. He then developed a concept for making fully human antibodies directly – by creating a “vast repertoire” of human antibodies from human antibody genes and screening for the useful ones.

With limited money and lab space, Sir Gregory at the Medical Research Council (MRC) lab in Cambridge approached potential partners for funds – without success. It was considered too “pie-in-the-sky” by large pharmaceutical or venture capitalist companies. “I guess they thought it was pretty hare-brained”, he says. “Besides there was no market for therapeutic antibodies at that time”. In 2014, that market was worth $68.9 billion globally.

At the same time, another group in the US began working on a similar idea, so Sir Gregory knew he had to act. He managed to excite an Australian company in the concept, who in 1989 provided £750,000 as seed funds for a start-up company – other founders being David Chiswell from Amersham International and the MRC. “So the company was set up in some senses for the wrong reasons”, says Sir Gregory. “It was set up to deal with scientific competition”.

Cambridge Antibody Technology grew to 300 employees, and helped develop the first human therapeutic antibody. Humira for treatment of rheumatoid arthritis is now the world’s best selling pharmaceutical drug. In 2006 it was purchased for £702 million by AstraZeneca. Sir Gregory has since launched two other companies: Domantis and Bicycle Therapies. He says the biggest barrier to setting up a company “amounts to people not being willing to think outside the box”.

He advises: “You’ve got to find a way to sell your dream and fantasy to other people”.