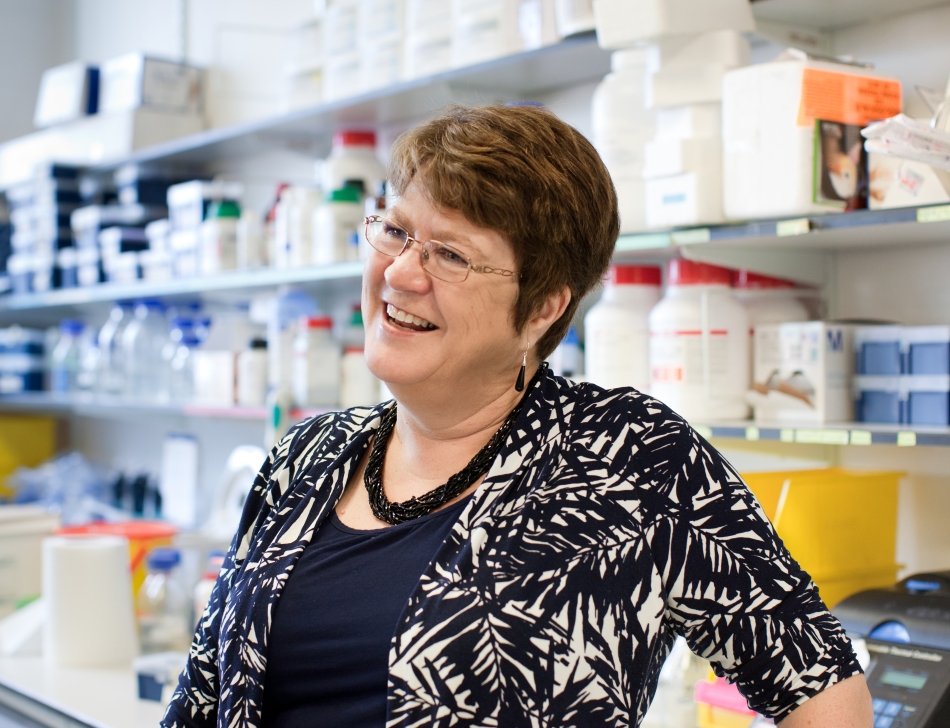 I have worked collaboratively all my life and short-term mobility is absolutely key; being able to forge relationships, go to conferences and meet people. If you don't go and meet people in your field how will you know if you can work with them?

Professor Jane Clarke FRS has built a global reputation in Molecular Biophysics thanks, she says, to the support of open-minded individuals with foresight. Having transitioned into academia mid-career, Jane now heads the acclaimed Clarke Group at the University of Cambridge.

After being rejected by the University of Cambridge, Jane studied her first degree at the University of York and spent her early career teaching biology in Tottenham. Jane explains: "I was not initially accepted into Cambridge as an undergraduate and had to fight for my PhD position. I think it's quite important that people know that you can fail sometimes".

After more than 10 years teaching, Jane then moved to Atlanta, USA. Unable to teach, she took a Masters at Georgia Tech, where she fell in love with research. Jane believes the American modular academic system was key to her success, enabling part-time study while she raised her family.

At the age of 40, Jane returned to England and decided to undertake a PhD. Determined to work on how the protein sequence could encode the structure it was going to fold into, how it folded, and how each structure had a biological function, and living in Cambridge she was initially rejected by potential supervisors.  But then she called Alan Fersht who agreed to meet with her. Jane recalls: “He was incredible: he just said, 'Yes, I'll give you a place, I'll give you the money, come and join my lab.'"

In 1997, Jane won her first Wellcome Trust Career Development Fellowship, which enabled her to start up her own Chemistry lab in Cambridge. Alongside three further Fellowships that continued to support the Clarke Group, Jane became a Reader in 2009, then Professor of Molecular Biophysics a year later. In 2010, she also took a position of Deputy Head of Department of Chemistry and became a Fellow of Trinity Hall, University of Cambridge. In 2017 she will take up the position of President of Wolfson College, Cambridge – yet another career change.

Jane is clear that the support of Alan Fersht has been key to her successful academic career. He gave her a couple of students to follow through on some ideas of her own and took his name off the earliest papers she published, even though he was still paying her. Jane said: “He was extraordinarily generous. They were my ideas and he felt they should be used to start my career. Which they did.”

Explore a timeline of Jane's career