Trend maps: The effect of climate change on extreme weather

Estimated fractional changes, shown as ratios for the period 2080–2099 relative to the period 1986–2005, in (a) ‘Drought’ intensity, defined as the annual-mean longest dry period , where a dry day is any day with < 1 mm of precipitation; (b) ‘Flood’ frequency, where a flood event is defined as a 5-day precipitation total exceeding the 10 year return level in the historical period (1986–2005); (c) ‘Heatwave’ frequency, where a heatwave is defined as more than 5 consecutive days where the summer mean daily minimum temperature exceeds that in the historical period (1986-2005) by more than 5 ºC; and (d) Change in summer mean (Northern Hemisphere June-July-August, Southern Hemisphere December-January-February) wet bulb globe temperature (see Dunne et al., 2012, for the definition of the wet bulb globe temperature) under the RCP 8.5 emissions scenario.

See Figure 5 (p.35) of the report 'Resilience to extreme weather' for further details. 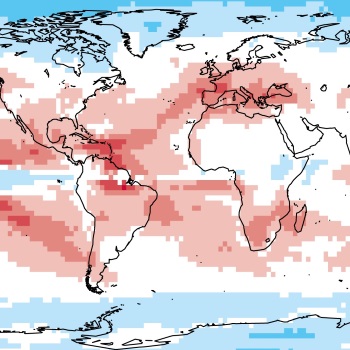 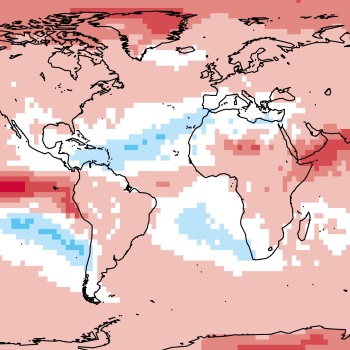 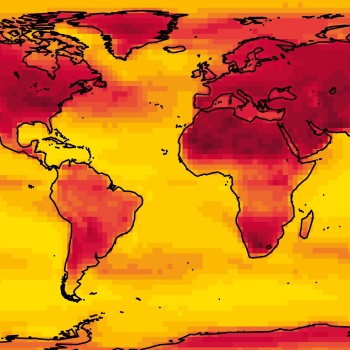 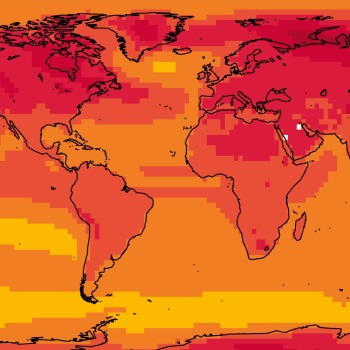