(a) Estimates of changes in the mean number of ‘flood’ and ‘drought’ (see Box 2, p.36 of the report, for definitions) exposure events per year and per km2 as a result of changes to climate in 2100 under RCP 8.5 emissions scenario and assuming the 2010 population; (b) as for (a) but for the 2090 population under the SSP2 population scenario.

See Figure 8 (p.45) in the report 'Resilience to extreme weather' for further details. 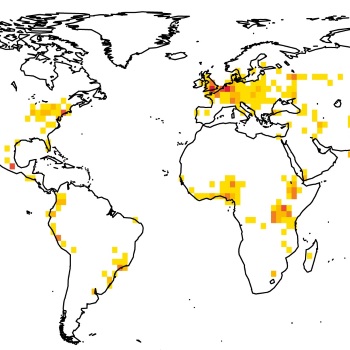 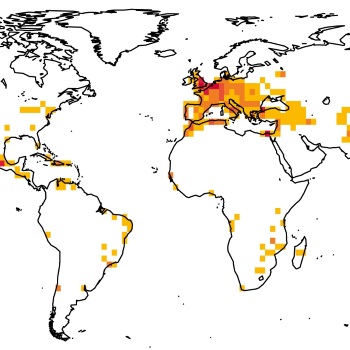 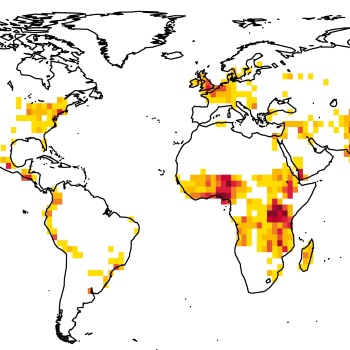 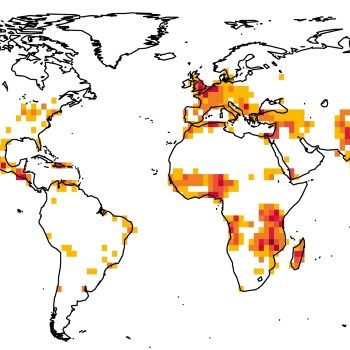