How much research funding does the UK get from the EU and how does this compare with other countries?

The UK is one of the largest recipients of research funding in the EU. Over the period 2007 – 2013 the UK received €8.8 billion out of a total of €107 billion expenditure on research, development and innovation in EU Member States, associated and third countries. This represents the fourth largest share in the EU.

In terms of funding awarded on a competitive basis in the period 2007 – 2013 (Framework Programme 7), the UK was the second largest recipient after Germany, securing €6.9 billion out of a total of €55.4 billion. 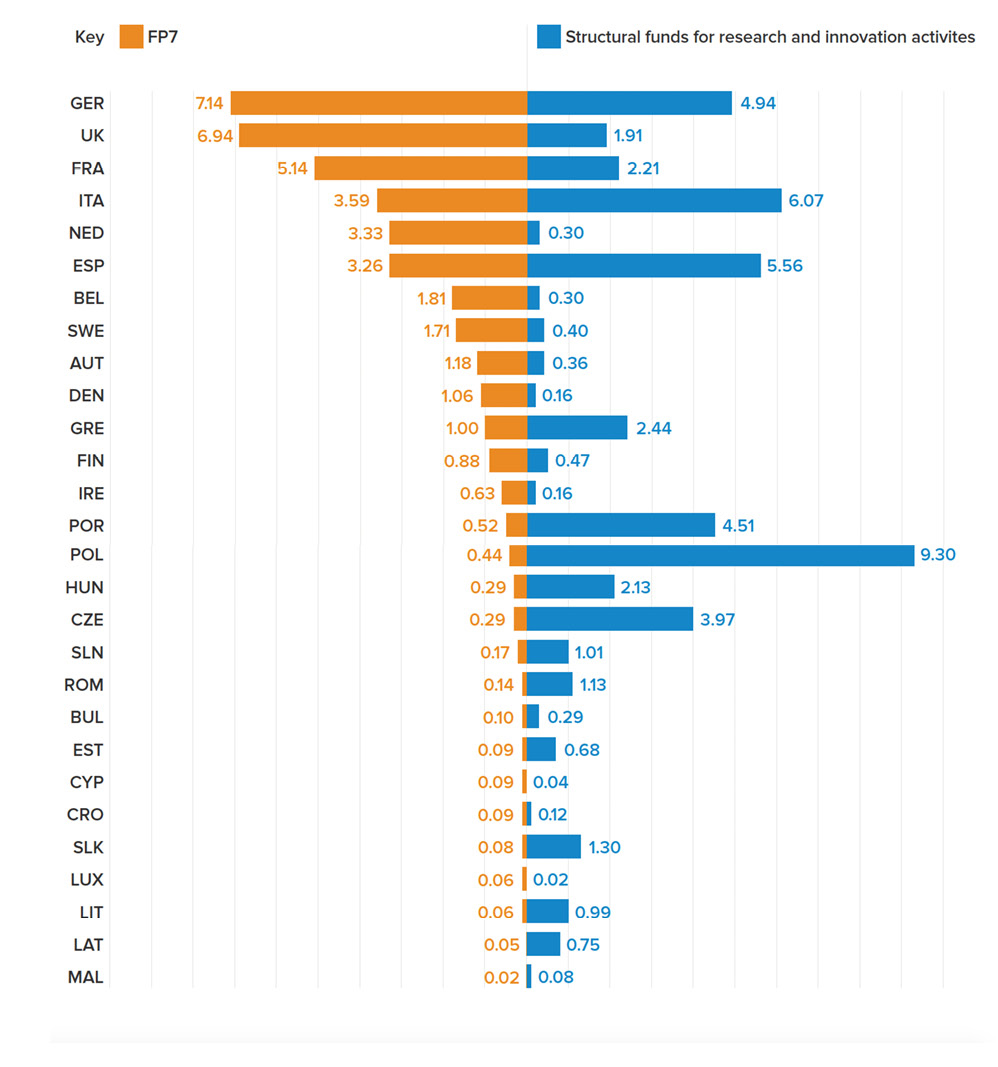 However these figures do not take into account the relative size of each country’s economy. Adjusting these figures for GDP shows that the UK performs well for the size of its economy, second only to the Netherlands. In contrast, Germany, France and Italy perform less well (see Figure 7). 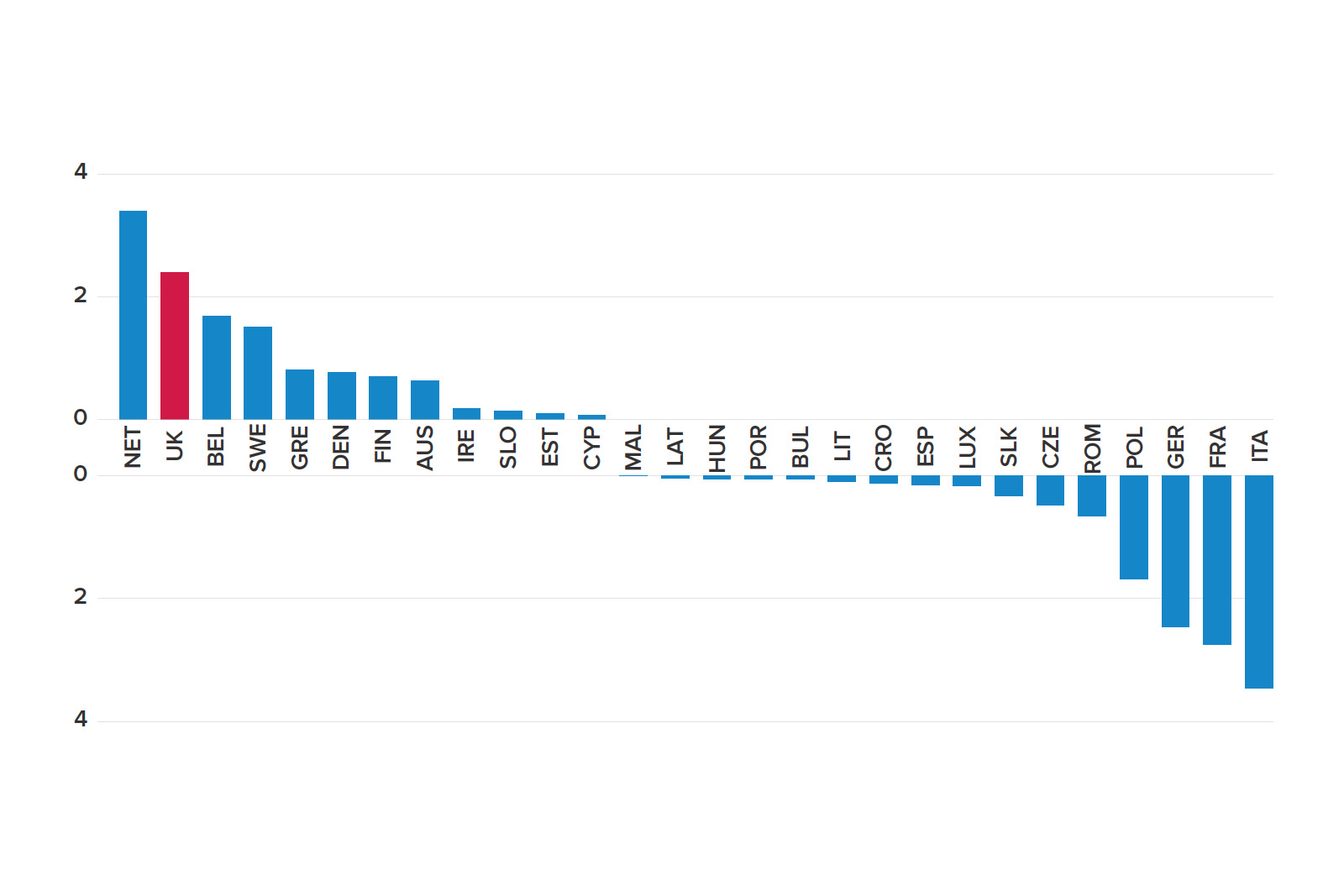 Structural funds are allocated to build capacity in the least economically developed regions of the EU. Countries with lower GDPs  therefore tend to receive a greater proportion of these. This is demonstrated by figure 8 that adjusts total EU research and development funding (FP7 and structural funds) for GDP. The UK, Germany and France are shown to receive proportionally less overall funding when their GDP is taken into account. 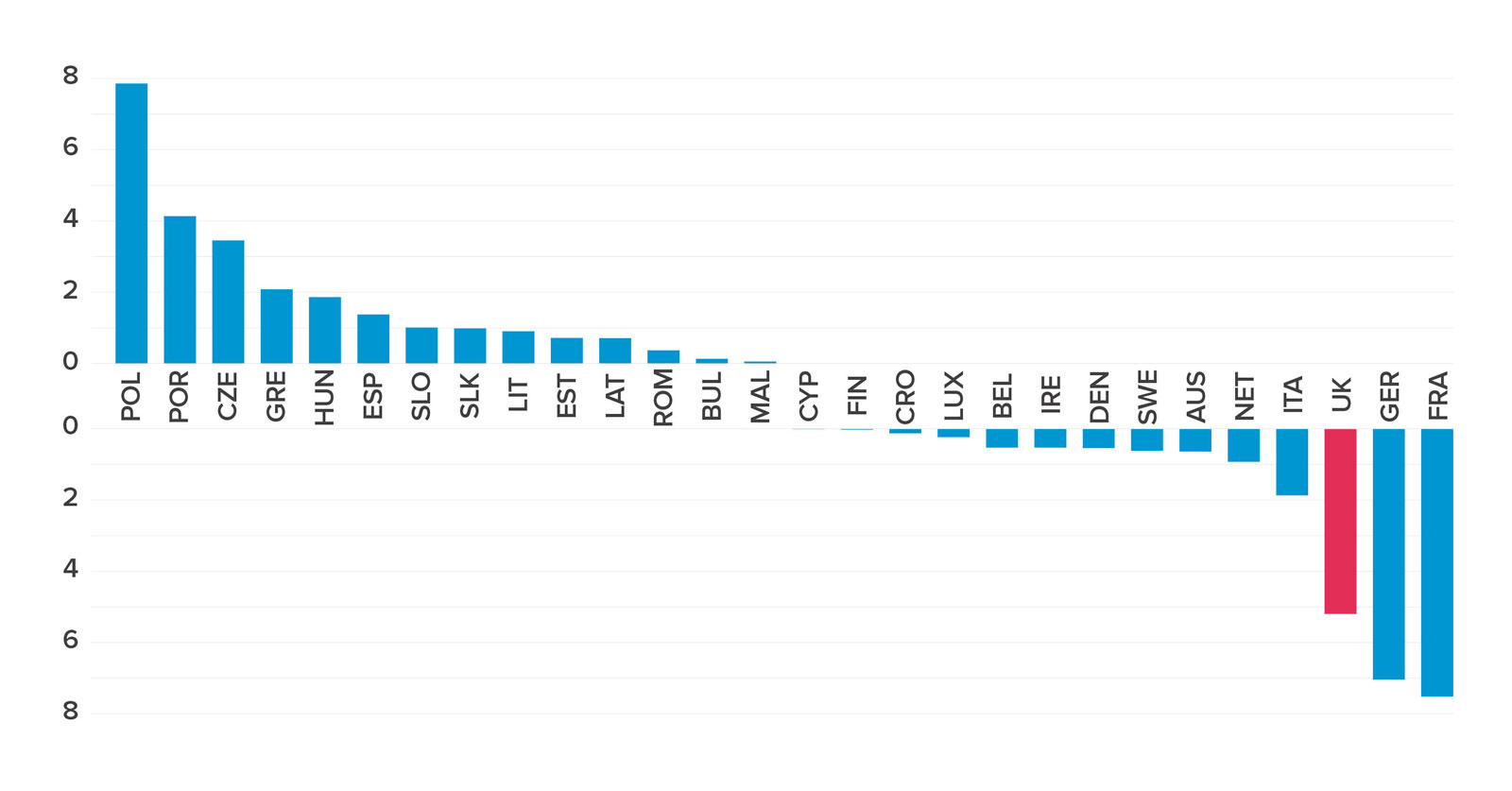 Looking at Framework Programme 7 funding more closely, in terms of funding from the European Research Council (ERC) and Marie Skłodowska-Curie Actions (MSCA), which are awarded solely on the basis of scientific excellence, the UK was the top performer among participating countries. 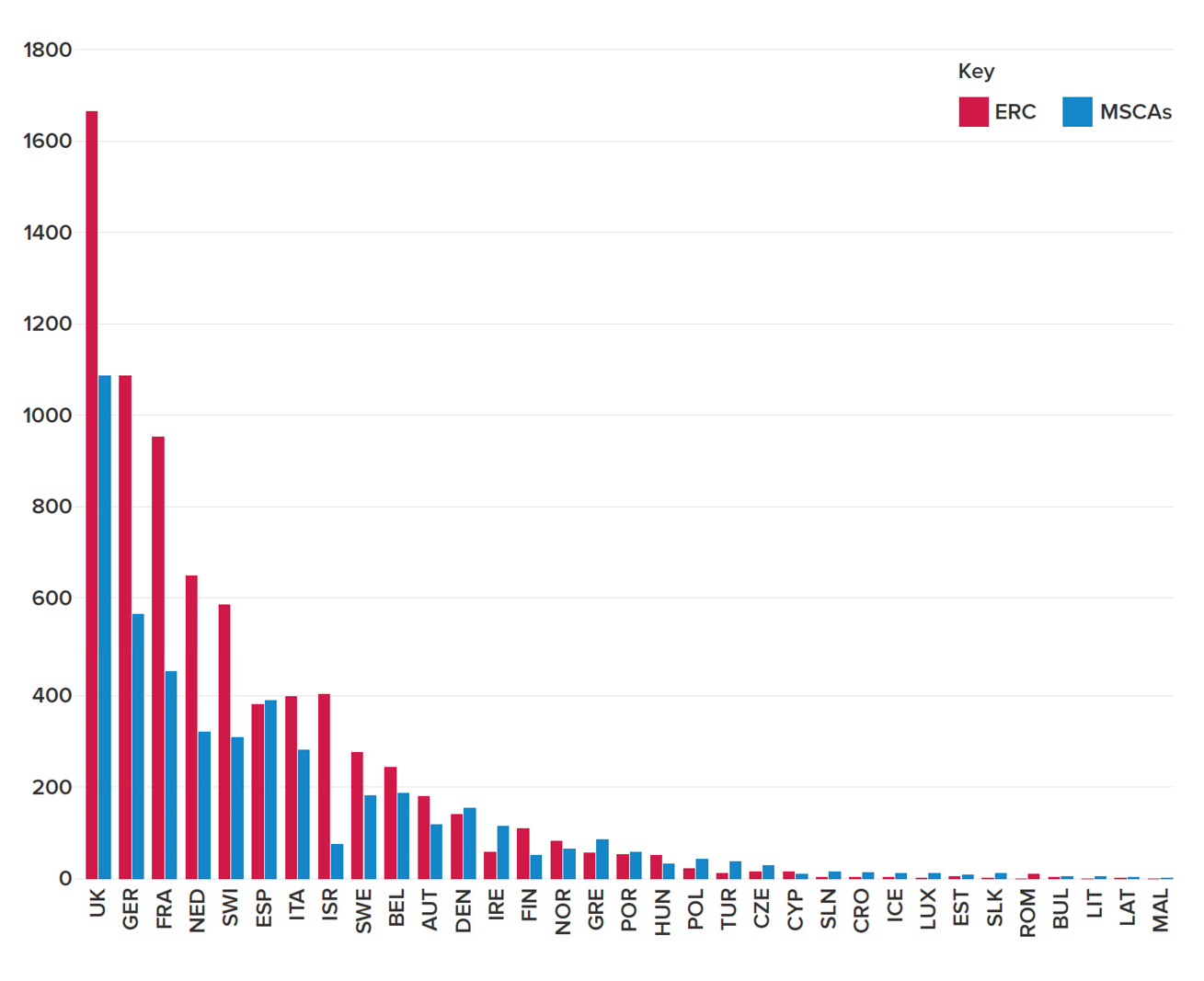