The UK and EU research funding

The analysis in the following section is based on the most recent completed EU financial framework, that operated during 2007 – 2013.

The UK is one of the largest recipients of research funding in the EU and, although national contributions to the EU budget are not itemised, analyses suggest that the UK receives a greater amount of EU research funding than it contributes. The UK Office of National  Statistics (ONS) report an indicative figure for the UK’s contribution to EU research and development of €5.4 billion over the period 2007 – 2013. During this time, the UK received €8.8 billion in direct EU funding for research, development and innovation activities. 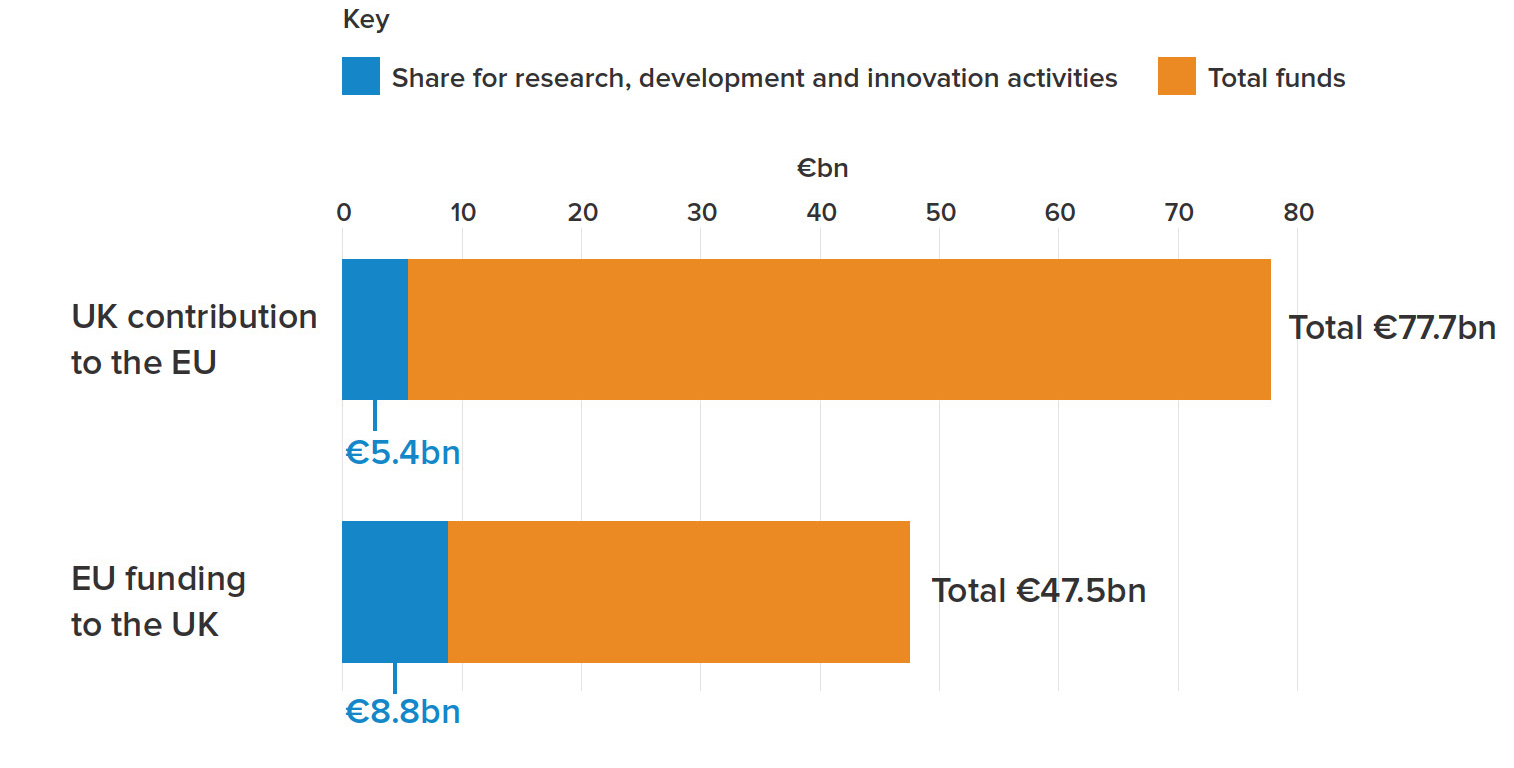 What types of research funding does the UK receive from the EU?

The UK receives most of its EU research funding through Framework Programmes and structural funds. Over the period 2007 – 2013, the UK received €6.9 billion of Framework Programme 7 (FP7) funding, of which €1.7 billion were in European Research Council grants (19%) and €1.1 billion for Marie Skłodowska-Curie Actions (12%). The UK was allocated €1.9 billion of structural funds for research and innovation activities over the same period. 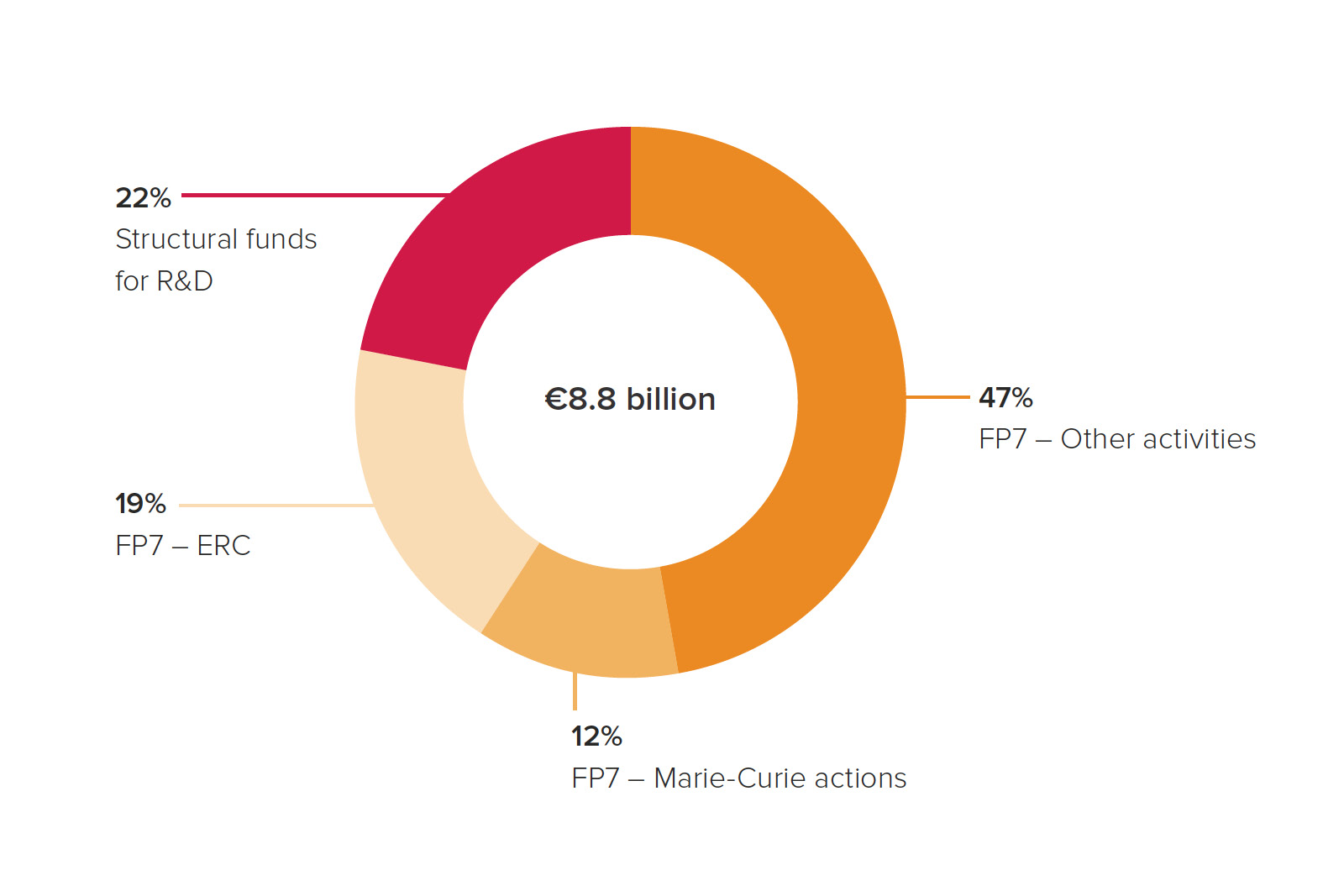