Virginia Mills looks back through the archives at attempts to solve an impossible problem.

The lure of perpetual motion, however, is such that designs continued to be submitted to the Royal Society, by individuals as diverse as reverends and shoemakers, even after it had been repeatedly debunked. There appears to have been a mistaken belief that the Society offered a prize for anyone who could solve the conundrum.

If you’ve dropped into the Royal Society lately, you may have seen on display an object that seems rather an interloper at the UK’s academy of science: an invention purporting to be a perpetual motion machine. 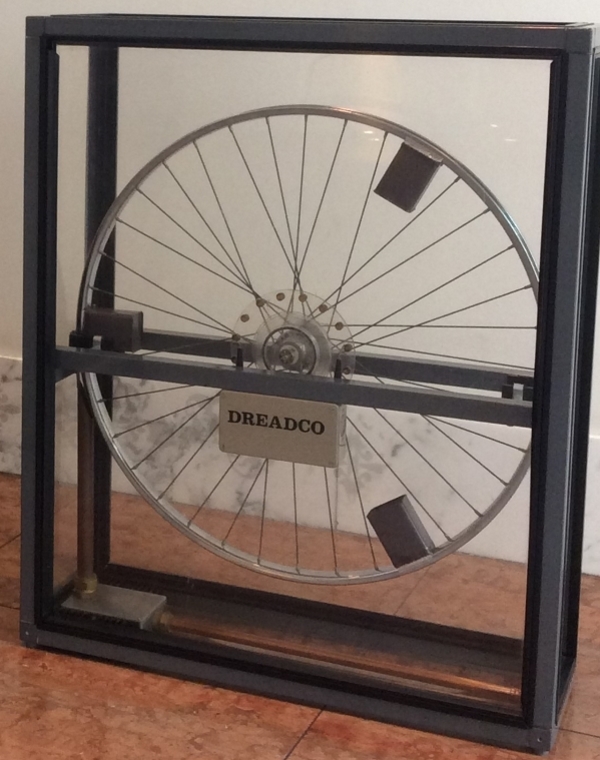 A genuine perpetual motion machine – one that will run indefinitely without an external source of energy to power it – is not possible as it violates the laws of thermodynamics. The bicycle wheel spinning non-stop in the Royal Society since July is the creation of David Jones, who, under the pseudonym ‘Daedalus’, wrote science columns for Nature, New Scientist and The Guardian. In these features, Jones would propose fantastic inventions with a grounding in scientific principles, but then test the boundaries of possibility by taking his ideas into the realms of fantasy.

Many have tried to discern the disguised workings of Daedalus’s perpetual motion machines, but I’ve heard that only one person ever suggested the right answer to its creator. The secret is now kept in an envelope in the archive of the Royal Society, to remain closed for the next 30 years, with the exception of those entrusted with its maintenance – it turns out that the machine may require an occasional nudge to keep it going. 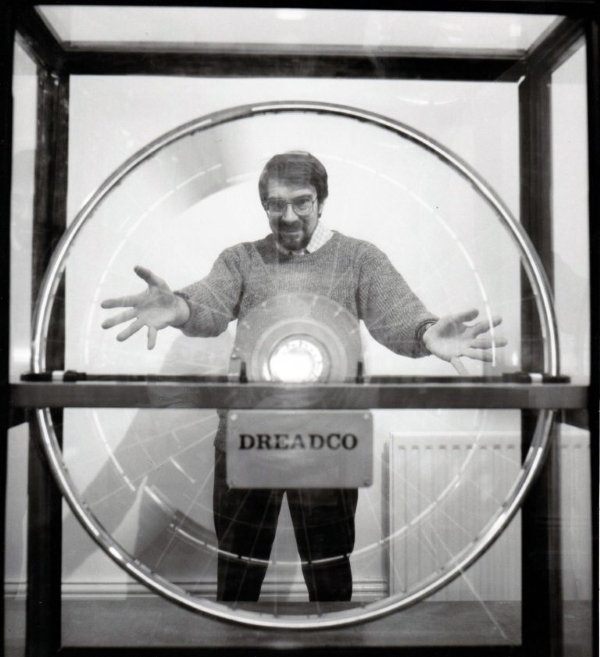 This device and its secret is part of a larger David Jones archive entrusted to the Royal Society by his friend and colleague Sir Martyn Poliakoff FRS, after Jones passed away in 2017 aged 79. In addition to devising ingenious and implausible inventions, Jones was a qualified chemist and has the distinction that one of his (entirely practical but still ingenious) creations has left planet Earth: his papers in the Royal Society archive include work on a chemical garden designed to investigate growth without gravity. And if that wasn’t achievement enough, Jones rewrote history with his suggestion that Napoleon was poisoned by the arsenic in his green wallpaper rather than being done in by the murderous British. 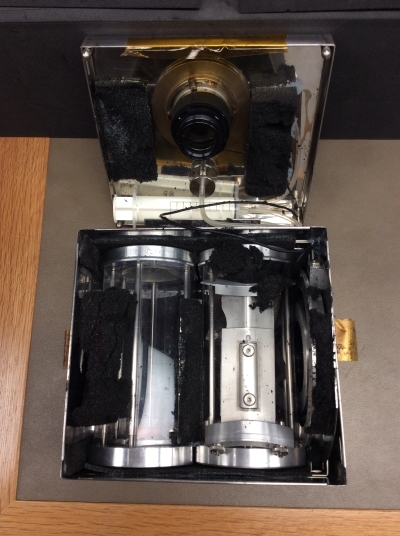 Chemical garden designed by David Jones. The garden went into space as part of the D2 research mission, a joint project between NASA and the German space agency DLR, launched on the space shuttle Columbia on 26 April 1993.

However, there is no doubt Jones is best remembered as a gifted author, journalist and communicator of science. His perpetual motion machine was created to engage puzzled onlookers with the laws of science – to question what is possible, and what is not.

Those interested in trying to figure out how he ‘defied the laws of physics’ could look for clues from history. Attempts to create a perpetual motion machine go back at least as far as the twelfth century, when Indian engineers proposed a machine that worked on the principal of an unbalanced wheel, with spokes weighted by mercury that would shift as the wheel rotated, redistributing weight and forcing the axle to continue turning. Numerous perpetual motion ‘solutions’, subsequent objections and answers to the objections were read at Royal Society meetings, particularly in the early eighteenth century, prompting Newton’s experimental assistant John Theophilus Desaguliers to publish a 1721 explanation of the flaws of the unbalanced wheel theory in the Society’s Philosophical Transactions journal. 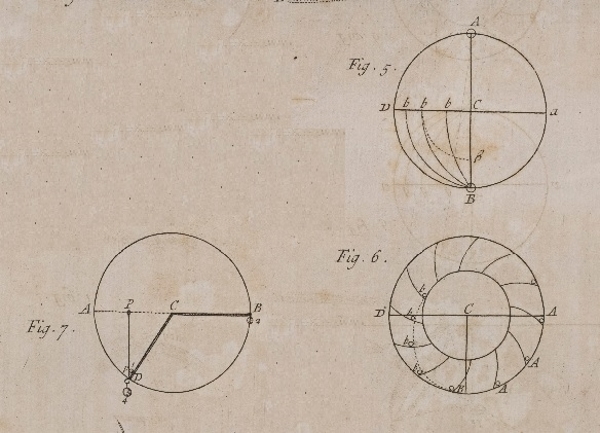 Discussion of science and its possibilities is what the Royal Society was founded for, so looking back from our modern perspective we should refrain from harsh judgments on such curious minds – after all, in a time when alchemy was still considered a legitimate area of study, pursuit of perpetual motion doesn’t seem so unreasonable. The lure of perpetual motion, however, is such that designs continued to be submitted to the Society, by individuals as diverse as reverends and shoemakers, even after it had been repeatedly debunked. There appears to have been a mistaken belief that the Society offered a prize for anyone who could solve the conundrum, as it did for a reliable method of determining longitude. In fact, solutions were sometimes submitted for both at the same time, perhaps revealing motives more monetary than investigatory. In 1888 an exasperated-sounding secretary of the society, Herbert Rix, was still sending out letters debunking what he referred to as the ‘widespread delusion’ of a perpetual motion award.

One of my personal favourites among the perpetual motion designs in the Society’s collections is this water wheel with added perpetual motion power, published by the renowned sixteenth century Italian engineer Agostino Ramelli. He suggests in his accompanying text that the design was only created at the request of a wealthy patron, and Ramelli goes on to say that it will work only in suitable situations, perhaps implying that no such situation exists:

‘You should know that the interior of this wheel was designed to please a gentleman who requested me to do it because he thought that since the current of the river was too slow it should be aided by a wheel. Thus anyone can make use of it if he judges it suitable.’ 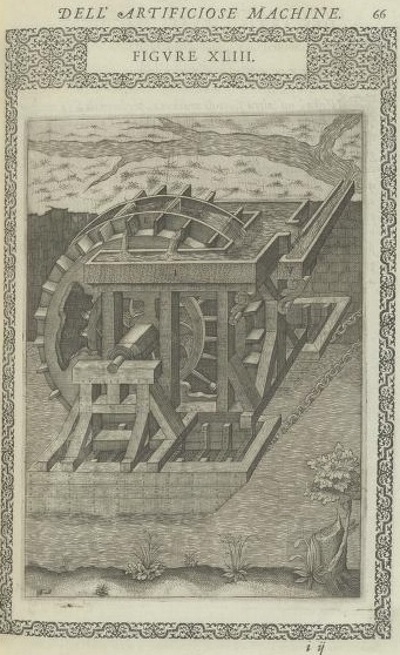 Quite why it would be necessary to have the water involved at all if you had created a genuine perpetual motion device is baffling!

David Jones, it seems, was far from the first to give the world a perpetual motion machine with tongue firmly in cheek. In 1588 Ramelli knew it was futile to present a serious design for such a device, and yet it seems there will always be those who will pursue this chimera of physics.

As an archivist regularly transporting large books to readers I suggest that another of Ramelli’s inventions might be more worth recreating – the book wheel. An analogue kindle, if you will, loaded up with multiple volumes so one can rotate between them and avoid repeated trips to the shelves or surrounding yourself with tottering towers of tomes. 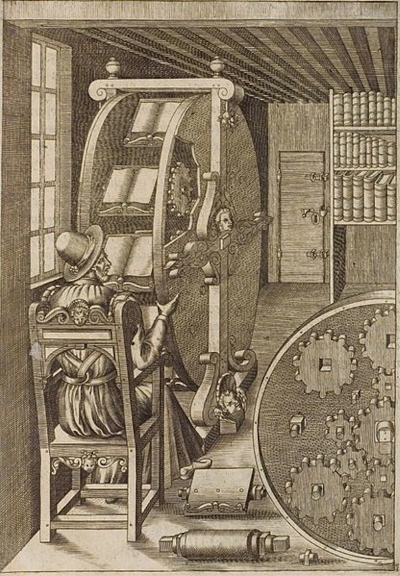