Data for international development: lessons from a scientist in government

Dr Justyn Maund, reflects on his experience of working part-time in the Department for International Development (DFID) Research and Evidence division over five months.

In 2017, the Royal Society launched a new fully-funded Science Policy Secondment scheme offering its Research Fellows the opportunity to gain policy experience at the heart of government. 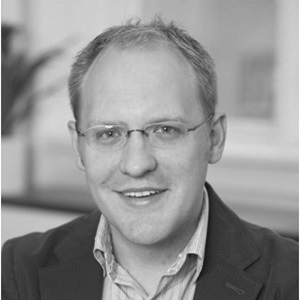 In 2017, the Royal Society launched a new fully-funded Science Policy Secondment scheme offering its Research Fellows the opportunity to gain policy experience at the heart of government. One of the first three ‘Royal Society Policy Associates’ to undertake the secondment, Dr Justyn Maund, reflects on his experience of working part-time in the Department for International Development (DFID) Research and Evidence division over five months.

Dr Maund is a Royal Society Research Fellow, Senior Research Fellow and Senior Lecturer in the Department of Physics and Astronomy at the University of Sheffield.

The world of astrophysics seems as distant as one can get from the UK’s work in international development. As a Royal Society Policy Associate, I had the opportunity to trade my telescope in to see how science and scientific techniques are used to solve problems much closer to home, and fulfil my desire to explore the role science can play outside of the academic context, while contributing to making a real impact on the lives of some of our planet’s poorest.

The UK is committed to spending 0.7% of its gross national income on Official Development Assistance (~£13bn a year) and the vast majority of this is allocated via DFID. DFID works in close partnership with a number of charities, such as UNICEF and the Gates Foundation, to distribute aid directly to places with immediate need, but it also invests in long-term programmes to improve the overall well-being in their target countries and help them develop their infrastructures and economies.

One of the key challenges for DFID is to establish and use indicators of performance towards the United Nations’ Sustainable Development Goals, in order to effectively evaluate the impact of its interventions. My secondment took place in DFID’s Research and Evidence division, which precisely does just that by collecting and analysing large amounts of data about their work.

As a Policy Associate, I mainly worked with the Data for Development (D4D) team. D4D harnesses the power of data and digital technologies to enhance the department’s operations (for example keeping track of aid packages being sent in emergency situations), and acquire new evidence to base its strategies upon. It also seeks to help the poorest in developing countries benefit from the development of digital technologies – the latter being interestingly considered as aid “commodities” in themselves. As part of this effort, DFID is investing in open agricultural databases for farmers, and helping overcome the difficulties to run censuses in war-torn countries by using satellite technology in partnership with academics in the UK and the US.

Unlike a lot of experimental science, it may not always be possible to acquire a perfect dataset in the field of international development and, in a lot of cases, waiting for more information can be more harmful to the people they are trying to help. Similarly, determining where best to target aid can be difficult, especially in cases where there is urgent need because of natural disasters or military conflicts. An important aspect to DFID’s work is therefore to identify and use the best data to support decision-making, developing tools and methodologies to process that data and finding ways to obtain more when needed.

One of the main highlights of my secondment was the three day “Data for Development” festival, held at Bristol City Hall in March 2018. The meeting hosted people from across the international aid community, all of whom had an interest in exploiting data and constituted a nexus for those interested in international aid, data science, statistics and machine learning.  I had the privilege to interact with a whole spectrum of people including, for example, a member of parliament of the United Republic of Tanzania, a representative of the Ugandan Bureau of Statistics and people from Kaggle (a platform for predictive modelling and analytics competitions owned by Google – familiar to my research students).  Although their concerns were quite distant from my day-to-day work in astrophysics, I was in fact familiar with the tools and methodologies they used to address their issues and was able to engage effectively with policy-makers and industry representatives.

At DFID, I also learned about mPesa, a mobile phone-based money transfer, financing and microfinancing service launched in 2007 with seed money from DFID. The company recorded a record high 614 million transactions in December 2016 and today counts 29.5 million active customers across emerging economies in Africa, Asia, and Europe. While the news was full of stories about the rise (and then subsequent fall) of bitcoin when I started my secondment, I realized the extent to which digital technologies and data were already transforming lives in other parts of the world, as services like mPesa experience a speed and scale of development with almost no parallel in the western world. By supporting the development of such services, DFID accompanies this trend and champions the use of data and digital technology in international development.

Why would I recommend it?

As a lecturer at the University of Sheffield, I find myself concerned with how I can help my students develop skills and working out what those skills should be.  As I was to find at DFID, these are shared concerns in developing countries, except the consideration is not for groups of tens of students but instead millions of people. In the UK there is a concern of how digital technologies will change employment, and the same concerns exist in developing countries but in different ways. Developing countries have been havens for off-shoring labour intensive businesses, such as call centres, that might return to developed countries through the application of AI and big data.

This secondment has reinforced my conviction that science can play an important role in international development and in policy in general. Although there was a steep learning curve in my introduction to the world of international development, in particular the jargon, I found that the approach to developing solutions to these problems, including accumulating, understanding, and communicating evidence was very familiar to what I am exposed to as an astrophysicist. The skills, tools and work we develop, even in “blue skies” fields, can indeed be applicable to a whole host of problems that affect the poorest people in the world. To that extent, my experience at DFID gave me exposure to some of the opportunities that exist for scientists to work at the cutting edge of policy and have a real impact.