Read more about how the automobile and insurance sectors stand to be transformed by data-driven technologies.

The UK’s insurance sector is one of the strongest and most innovative in the world and so represents an excellent opportunity for autonomous vehicles. 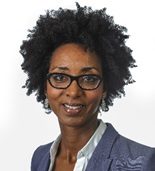 Mahlet is a data policy and data science operations professional, and has previously worked for the Alan Turing Institute and for the Medical Research Council (UKRI), among others.

The automobile insurance sector sits at the intersection of the automobile and insurance sectors, which both stand to be transformed by data-driven technologies. This month the Law Commission announced the opening of a public consultation on the regulatory framework for the safe deployment of autonomous vehicles in the UK. And last month the Centre for Data Ethics and Innovation (CDEI) published its first series of snapshot papers on the ethical implications of new and emerging AI technologies, including a focus on the role of AI in personal insurance.  How the automobile insurance sector responds to these twin transformations could in turn have significant impacts for both.  Last year, Parliament’s first legislation around Autonomous Vehicles focussed not on the technology itself, but on insurance liability. The UK’s insurance sector is one of the strongest and most innovative in the world and so represents an excellent opportunity for autonomous vehicles.

Both the automobile and insurance sectors are consumer-facing sectors which involve granular, individual-level data. As a result, automobile insurance faces a broad set of opportunities and challenges – which in turn raise important considerations about data and AI governance for multiple stakeholders including consumers, policy-makers, and industry. The Royal Society partnered with The Alan Turing Institute, the Leverhulme Centre for the Future of Intelligence and the Royal Academy of Engineering to convene a workshop, AI and data governance from principles to practice: auto insurance, exploring how our data governance principles such as the promotion of human flourishing can be refined and incorporated specifically in the automobile insurance sector. You can read about the workshop.

The Royal Society hopes to organise similar events focusing on the specifics of other industries in the future. A key requirement is to involve all relevant stakeholders so that their perspectives and concerns are properly heard and considered. Please do contact us if you’d like to engage with these discussions: science.policy@royalsociety.org.

At the heart of this twin transformation is telematics – the storing, sending, and receiving of data between or about remote objects. In the automobile and automobile insurance sectors, these remote objects are typically sensors or devices internal to the vehicle, but could potentially also be external, such as satellites or road cameras. From a data governance perspective, what data should be collected in the event of an accident, and could there be any duties to share data? If data about the causes of accidents is centralised for accident analysis, it could help lower accident rates. It would also be important, however, to consider how vehicle manufacturers and manufacturers of data-enabled devices can protect proprietary information about their systems.

Telematics data can now be combined with other rich datasets and data sources, such as social media, to build sophisticated models of driver behaviour. But who has rights over the data about a driver, and what privacy safeguards should exist? Could insurers have an obligation to share data about dangerous driving? And could choosing privacy make insurance disproportionately expensive for drivers? Currently there are questions about whether data about a driver should be owned by the individual who generated it or by the company that collected it. The relevance of a concept such as ‘ownership rights’, when assigned to data, also raises a number of questions. Most things that have ownership rights, like property, are not reproducible; but data is easily reproducible, making data a challenge for property rights frameworks. Data rights and data controls are other models that are being explored.

The combination of data availability and new data analytic methods is facilitating a new generation of connected vehicles, which may eventually be fully autonomous. These incorporate a range of different technologies potentially improving the efficiency and safety of a road system. Increased connectivity allows vehicles to communicate with their surrounding environment, providing information to the driver about road, traffic and weather conditions. Increased automation uses information from on-board sensors and systems to analyse a vehicle’s position and environment, and increasingly to enable the vehicle to control its own functions without the input of a human driver.

But it isn’t always easy to know what data-enabled devices are in a car. This is compounded by the circulation of vehicles in the second-hand market, and the use of retrofitting to augment vehicle capabilities. The behaviour of vehicle owners also varies when it comes to activating or updating hardware and software, making it difficult to determine a vehicle’s actual technological capability in a given situation. If owners of connected and autonomous vehicles acquired software patches or downloaded updates from an independent garage, could this impact insurance premiums, or introduce new considerations for the security of the overall network?

As vehicles become more connected and more autonomous, there is potential for benefits to be experienced by individuals currently disadvantaged in traditional automobile insurance markets. At lower levels of vehicle connectivity and autonomy, an app that functioned as an automated backseat driver could give a human advice for becoming a better or safer driver. At higher levels of vehicle connectivity and autonomy, these technologies are expected to reduce accident frequency or severity – and potentially also prevent some kinds of accidents from occurring at all. This could allow traditionally higher-risk customers to secure more competitive insurance premiums. For insurers, customer data might therefore have less value in the historical aspects of underwriting and pricing, but more value in deriving insight for new products and services. Additionally, groups previously disenfranchised in transport systems, such as people with impaired vision or disabilities, might now have parity in their access to transport and parity in their access to insurance.

Currently older age groups tend to have a stronger sense of personal ownership of their vehicles, whereas younger people are less likely to learn to drive and are more comfortable using short-term car rental services such as Zipcar. Over time, the structure of the industry might also change radically, with mobility being classified as a service rather than cars being classified as a product. The anticipated shift from car ownership to mobility-as-a-service (MaaS) is an emerging disrupter for the automobile insurance sector. The future of transport and its insurance are intertwined; innovation in one can help drive innovation in the other.