Meet Open Biology's new Preprint Editor and a few members of the Preprint Team that launched this year.

"...it’s a chance to feel a little of the revolution (or is it fast evolution) in writing, reviewing and accessibility practices that are re-shaping the world of biology publishing."

At the start of 2020, Open Biology appointed Professor Michael Ginger, University of Huddersfield, as Preprint Editor. We recently asked him about the journal’s exciting new initiative, and we introduce a few members of our dedicated preprint team comprising early-career researchers with a shared interest in reviewing and communicating new research. 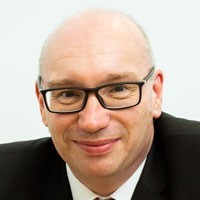 The opportunity to consider the role of Preprint Editor for Open Biology came as an extremely pleasant, early-January surprise and an opportunity I couldn’t resist. It was already an exciting time for the journal with the recent introduction of ‘Open Questions’ and encouragement for commentary and more techniques-orientated articles, too.  With the success of the preprint approach evident for the longstanding Proceedings B, launching a preprint initiative for Open Biology seemed an attractive option for improving presence on the bioRxiv server and attracting quality submissions.

On a personal level, working with the Journal Manager to set up the new preprint initiative has been rewarding and enjoyable, providing variety whilst working from home in the wake of coronavirus. First and fore-most, working with the small team of preprint volunteer pre- and post-doctoral scholars from Europe and the US – who select manuscripts that interest them across the breadth of the journal remit – it’s a chance to feel a little of the revolution (or is it fast evolution) in writing, reviewing and accessibility practices that are re-shaping the world of biology publishing. Without the volunteers, each trained in a different specialism, it wouldn’t be feasible to regularly surf across bioRxiv content. Plus, it’s fascinating to see what catches the eye each month of the volunteer team; I’m reading in areas where I normally wouldn’t; and it’s an opportunity to reflect on the way we approach our science within the group I work with. Ultimately, I want the preprint venture to be successful for the journal. So, perhaps inevitably I find myself asking will we raise visibility in the same way that preprints are for Proceedings B; will our success rate in attracting submissions be comparable to my counterpart at Proceedings and her team … plus there’s the shared worry of will those receiving invitations perceive the approach as ‘spammy, pushy, or just unwelcome’? Fortunately, responses we’ve received have been really supportive; for some invitees, they’d published previously in Open Biology and they’ve reflected positively about their past peer review experience at the journal. It’s also been pleasing, a relief even, to see the first submissions from the preprint server arrive. In the months ahead I’m looking forward to seeing which other invitations turn to submissions, as well as finding out where manuscripts we don’t receive end up being published. Finally, I hope the shared experience of Open Biology preprints also delivers the insight into publishing that the volunteer team are seeking at an early stage of their careers.

Hannah Wirtshafter is a systems neuroscientist who 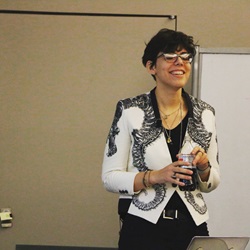 uses in vivo electrophysiology to study learning, memory, and navigation. She received her PhD in 2019 from the department of Biology at MIT, where, under the supervision of Dr Matt Wilson (and clad in a hippocampus themed blazer) she investigated the role of the lateral septum and hippocampus in the representation of space, movement, and reward during a navigational task. She is currently a post doc at Northwestern University in the lab of Dr John Disterhoft, where she plans to research contextual associative conditioning and learning. She is interested in open science, including preprints, as a natural extension of technique, code, and data sharing. In her spare time, she likes to do all of the arts and crafts (especially fiber crafts), bake bread (so cliché nowadays), and tend to her absurd number of houseplants. You can follow her on twitter at @aheadofthenerve

I am currently a PhD student at the University of Iowa 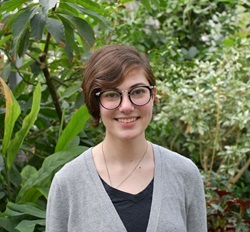 where my thesis work focuses on genome instability and DNA repair. Before I joined the Open Biology preprint team, I joined a similar effort that began here at the University of Iowa with the Proceedings B preprint team beginning in 2017. Though it was a relatively new idea at the time, I felt that a preprint editorial team would be an excellent opportunity to promote preprints as a more integral part of the scientific publishing process and to get some editorial experience. Since joining Proceedings B’s editorial team, I have seen both interest in preprints and preprint submissions increase dramatically, likewise increasing the breadth of topics covered by preprints. When I learned about a similar initiative for Open Biology, I was excited to not only transfer some of the experience I had gained working with the Proceedings B team, but also to expand my preprint search to more molecular topics. Thus far, the experience has only been positive. Not only do I feel I’ve been able to make a difference in the publishing process by promoting preprints, but the knowledge I’ve gained regarding the editorial process has been incredibly useful, particularly as I publish my own work. I’m excited to see preprints become a first stop for feedback among so many researchers, and equally so to see journals respond favourably to this trend. 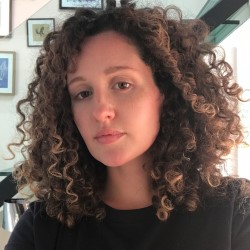 identifying the molecular mechanism underlying resistance to therapies targeting DNA repair deficiencies in breast cancer. She is currently a postdoc at the Institute of Cancer Research (ICR, London) in the team of Prof Andrew Tutt. Prior to joining the ICR, she was a research associate at University College London, looking at the epigenetic silencing of certain class of retrotransposons during the early stage of embryonic development. She was awarded her PhD in Molecular biology from Barts Cancer Institute (London) in 2013. 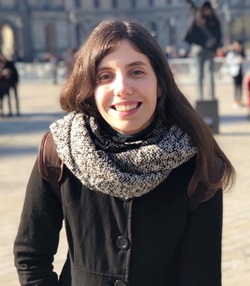 in Neurosciences in Bordeaux, France. I am also interested in other fields like developmental biology and microscopy, which I cover in the preprints editorial team. I am an advocate for open science and participate in other initiatives like preLights and ASAPbio. I believe the preprint system is making a change on how we publish science and that is why it is so important that journals engage with it. Being in the Open Biology preprint team is fantastic for someone who reads preprints daily out of curiosity. To see and understand how a manuscript goes from a preprint, to the peer-review process and to publication, all of it in a transparent and efficient way, is the main reason why I joined the team.