The role of research and innovation in ‘levelling up’

Can we use state spending on research and development to increase prosperity in those parts of a country that are economically lagging? 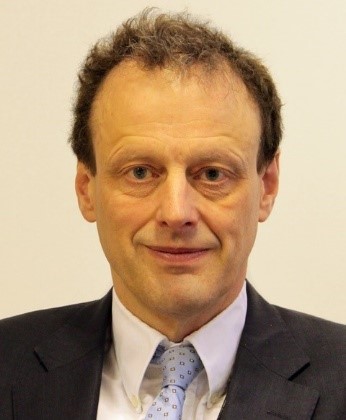 Can we use state spending on research and development to increase prosperity in those parts of a country that are economically lagging?  This question has come to new prominence in the UK, whose regional disparities in economic performance make it an international outlier amongst developed countries.  R&D spending in the UK is also very regionally imbalanced, as I’ve described in a recent NESTA report with Tom Forth: the UK regions and subregions containing London, Oxford and Cambridge account for 46% of public and charitable R&D in the UK, despite only having 21% of the UK’s population.

The Government’s recently published R&D roadmap makes a commitment to address “regional imbalances in R&D intensity as part of our levelling up ambition”, and promises “a new UK R&D Place Strategy later this year to unlock local growth and societal benefit from R&D across the UK”.  Importantly, the government has reasserted its commitment to a big increase in the public R&D budget – from the 2018 value of £12.8 billion to £22 billion by 2024/25.  This means, for the first time since the expansion of universities in the 1960’s, that rebalancing doesn’t have to be zero-sum game, where more spending on R&D in less research-intensive parts of the country means that resources have to be taken away from existing centres of excellence.

But how can we use increased R&D spending in less research-intensive regions in a way that really makes a difference to the economic performance of those places?  It’s all too easy to imagine ill-thought out initiatives, probably in fashionable fields, that fail to embed themselves in local economies – and don’t deliver excellent science either.  The goal should be to develop mutually reinforcing clusters, where there’s a flow of people and ideas between the public and private sectors, leading to real innovation and the creation of substantial value, prosperity and jobs.

What’s worked in the past – and what’s worked in other countries – can be our guide to the right kind of policy, and it’s the goal of the Royal Society’s policy brief on Research and Innovation clusters to look at those lessons through a selection of case studies.

International lessons are important, but we shouldn’t neglect success in our own backyard, and it’s right to take stock of what a great example of a prosperous knowledge-driven economy we have in Cambridge.  We’ve seen more recent, conscious, attempts to develop innovation clusters in some of the UK’s cities that have suffered from post-1980s de-industrialisation.  Belfast offers a good example, where an initiative from university-based technologists has, with support from the city and devolved government, succeeded in creating a cluster based on digital technology.  In Sheffield the focus has been on translational research in manufacturing technologies as an attractor for inward investment by internationally leading companies together with increasing the innovation capacity of the existing business base.

But it’s important to look overseas too.  San Diego shows how a successful cluster can emerge from government defense spending and procurement.  Perhaps most impressive of all is the story of how Taiwan developed a world-leading electronics industry around the Industrial Technology Research Institute in Hsinchu.

There’s no simple transferable recipe for science-driven economic growth; places are different and successful strategies will have to be sensitive to the different characteristics that arise from the endowments that history and geography leave to cities and regions.  We hope these case studies will be useful both to policy makers in central government and its agencies, and in the places that stand to benefit from a thoughtful R&D place strategy and its careful implementation.