In the first of a series of articles to celebrate Black History Month, Keith Moore reviews how the archives of the Royal Society might acknowledge science’s historical links to networks of suffering, and credit Black authority in scientific knowledge.

It’s about restoring the dignity and attainments of human beings who can no longer speak for themselves – but perhaps the historical records, interrogated closely, might speak for them.

I’ve just been reading Black Spartacus, Sudhir Hazareesingh’s new biography of the remarkable Haitian general and liberator Toussaint Louverture (d.1803). The emblematic name (Louverture) was self-selected. Toussaint was emancipated from slavery in the then-French colony of Sainte-Domingue, part of the island of Hispaniola, and his subsequent military and political career was dedicated to ensuring that human bondage was put to rest; or, as a final resort, its perpetrators put to the sword. 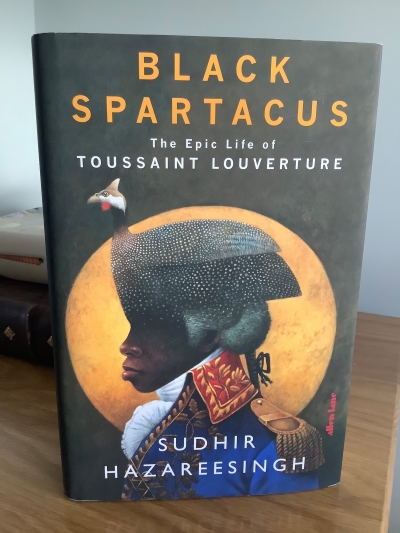 Black Spartacus, the new account of the legendary Toussaint Louverture.

Today, we’d consider Toussaint’s aspirations for universal emancipation and free nationhood to be entirely reasonable; and in an age that saw liberating revolutions in America and France, the less well-known Haitian Revolution (1791-1804) was an equally important step towards a modern world – arguably more so, since its commanders and organisers were Black. And yet, despite Toussaint’s leadership of a deliberately representative set of advisors and soldiery, drawn from across the population – the African-born, Black Haitian ex-slaves, mixed-race locals and white European plantation-owners – the Haitian Revolution was, for many beneficiaries of the slave trade, a far more terrifying prospect than any other.

Small details can be striking in historical accounts. For me it was the co-existence of the Cercle des Philadelphes, the colony’s short-lived (1784-1791) but prominent scientific society, based upon European models. This was not an anomaly: across Europe and the Americas, respectable gentlemen with interests in natural philosophy owned human beings and profited by them. Indeed, any institution then in existence would undoubtedly have connections with the Atlantic trade in people, or other theatres of enslavement – the financial profits were accepted and pervasive. For the Royal Society, established in 1660, this means that any of its international Fellowship – British, Dutch, French and Spanish – might well have interests in the Caribbean plantations of Toussaint’s time or before, and we know that several did. 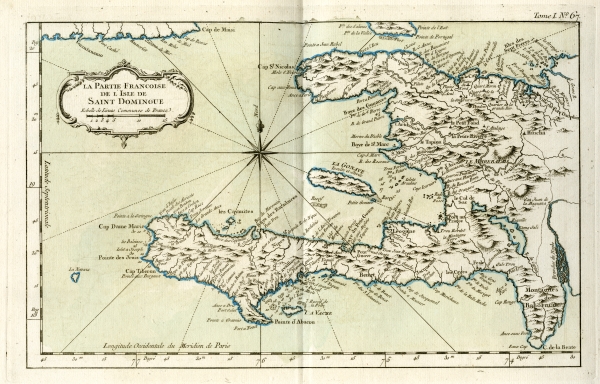 The connections between science and slavery have been increasingly scrutinised within academic circles in recent years. However, the campaigning of the Black Lives Matter movement, and (in the UK) the toppling of Bristol’s statue of Edward Colston, have triggered a long-overdue public appreciation of just how historically skewed national and institutional narratives can be. For curators and archivists, this has led to a particularly rewarding period, with interest in collections and their provenance high, and plenty of constructive criticism on how information is interpreted and presented. At the Royal Society, we’ve been working to revise biographical accounts and catalogue entries to reflect the latest scholarship. We’re investigating initiatives to try to recover or reinterpret past scientific records in our archives, both to acknowledge science’s longstanding links to networks of suffering and, we hope, to credit Black authority in scientific knowledge.

Some of these processes are not new, of course. Within a recent special issue of our journal Notes and Records on the apothecary James Petiver FRS (c.1665-1718), there were interesting instances of the co-opting of slave-trade networks for the acquisition of huge quantities of natural history materials – Petiver’s spoils would end up with Sir Hans Sloane PRS (1660-1753), a natural historian with substantial holdings of Jamaican plantations. But as we enter the annual celebrations of Black History Month, it's vital to tell the less-well-understood side of such stories, moving attention away from the white scientists who owed their livelihoods and knowledge to others, and towards those uncredited (and largely unnamed) custodians of local information, who might also be forced labourers. It’s about restoring the dignity and attainments of human beings who can no longer speak for themselves – but perhaps the historical records, interrogated closely, might speak for them.

Which is another reason to be interested in Toussaint Louverture, because he’s that period exception: a Black man and former slave who was internationally recognised in his lifetime, whose achievements inspired many, and – crucially – about whom there are copious archival records, including his own work. Although I knew the outline of his life (as background to the lachrymose 1803 sonnet by William Wordsworth and Harriet Martineau’s stodgy 1841 historical novel The Hour and the Man), the breakneck pace and complexity of his later life, as described by Hazareesingh, is truly impressive. Intriguingly, Toussaint had significant expertise in medical practice, both European (from time spent in local Jesuit and Capuchin hospitals) and traditional (in herbal science). All very handy for a repeatedly-wounded warrior, but also suggestive of an enquiring and scientifically-minded individual, holding the prestige of a recognised healer.

Medical, botanical and entomological knowledge will be among our topics during Black History Month, in blogs and online exhibitions. We’ll be delving into the content of Philosophical Transactions and we’ll be asking for a little help, via social media, in explaining some related mystery objects. But that’s not the end of it – the Society has wider plans to celebrate contemporary Black scientists within our Diversity portfolio for the subsequent months. Vive la révolution!