The authors of a new study in Proceedings B discuss the potential role of mimicry in butterflies as a method of advertising their difficulty of capture to predators.

The hypothesis that some prey may display warning signals associated with difficulty of capture as an anti-predator defence has long been discussed but seldom tested. A new study in Proceedings B provides a proof-of-concept for mimicry based on difficulty of capture and suggest that being hard-to-catch may deter predators as effectively as distastefulness. The authors tell us more about the study and its findings.

Imagine you are a predator and have two choices, a distasteful meal or a prey that is hard-to-catch, which one would you choose? 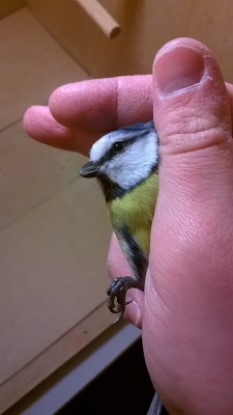 Although camouflage is an efficient way to avoid attack by predators, some animals, in particular butterflies, flout these apparent rules of nature and instead display brilliant colour patterns. Many of these colourful species prove to be chemically defended, with bright colours warning predators not to attack. Sharing the cost of educating naïve predators facilitates the convergence in warning colour pattern among unrelated species, known as mimicry. Nevertheless, colour pattern convergence also occurs in some butterfly groups where chemical defense is unknown. A long-standing hypothesis suggests that such convergence might result from so-called evasive mimicry, where the insect's defence is its ability to escape a predator’s attacks. Evasive mimicry might be more common than we appreciate, but it has been poorly explored, with most research focused on mimicry associated with chemical defence. Testing evasive mimicry in nature is difficult, so we decided to simulate evasive behaviour with a simple, yet robust method. We used artificial butterflies modeled on the Neotropical genus Adelpha, a strong potential case of evasive mimicry, and naïve wild blue tits as bird predators. We also compared how predators learn to avoid protected prey and generalize this avoidance to similar colour patterns with both evasive and distasteful prey.

We found that predators can indeed 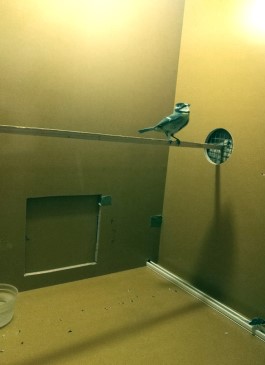 learn to avoid an evasive prey. Unexpectedly, learning associated with evasiveness might be even faster than that with distastefulness, perhaps because evasiveness signals are more reliable than distastefulness signals. In other words, distastefulness of aposematic prey might vary within and between populations, on top of variation in tolerance to distastefulness among predators. Furthermore, catching a prey item, even a distasteful one, could be more rewarding than missing a prey completely. Although the cues used by the predators remain partly unclear, we found that blue tits generalize their avoidance learning to perfect, and often to imperfect mimics. Our study therefore provides evidence for an alternative scenario for aposematism and mimicry, associated with hard-to-catch prey.

How did the idea of the paper come together?

The idea of this experiment first emerged from conversations among Johanna Mappes, Marianne Elias, Keith Willmott and Pável Matos Maraví at a conference in 2018. After much discussion and preliminary trials led by Erika Páez, Janne Valkonen and Johanna Mappes to optimise the experimental setup we finalised a methodology that we strongly encourage others to replicate with other types of prey or predators, to better understand the mechanisms underlying evasive mimicry.

Publishing with Proceedings B was a very positive experience. We received extensive and detailed comments on the original manuscript which significantly improved our paper.

Janne Valkonen is a postdoctoral researcher at the University of Jyväskylä. His study is focusing on evolution and mechanisms of animal coloration and defensive mimicry and fitness consequences of animal behaviour.

Pável Matos-Maraví is a research group leader at the Biology Centre, Czech Academy of Sciences. He is interested in biogeography and macroevolution of tropical insects and his group uses genomic, morphometric and life history data to understand when and how extant species, phenotypic and genetic diversity evolved.

Keith Willmott is a curator of Lepidoptera at the McGuire Center for Lepidoptera and Biodiversity at the Florida Museum of Natural History. His research focuses on the systematics, evolution, ecology and conservation of Neotropical butterflies, especially those of Ecuador. He has had a long interest in mimicry, stemming in a large part from taxonomic work on Adelpha and ithomiine butterflies and field studies of both groups.

Marianne Elias is an evolutionary ecologist and a research group leader at the Institute of Systematics, Evolution, Biodiversity in the Natural History Museum of Paris. Her research interests focus on the ecology and evolution of butterflies and moths, tackled at multiple spatial and temporal scales.  Her main study system is the Neotropical butterfly tribe Ithomiini, which constitutes the largest clade of aposematic and mimetic butterflies, and where, intriguingly, many species have partly transparent wings.

Johanna Mappes is an Academy Professor (research professor) at the University of Helsinki and Jyväskylä.  Johanna’s interest focuses on the species interactions and animal communication: in particular how predator behaviour shapes prey traits. She has worked for more than 15 years to develop experimental systems to test predator-prey interactions using wild birds in captivity, which is very difficult to do in the wild.

Proceedings B, butterflies, mimicry, evolution, behind the paper