In the first of a series of articles to celebrate Black History Month 2021, Keith Moore gives an overview of our themes: biography, talent and the availability of opportunity.

Hakeem Oluseyi’s story especially leaves you wondering – how many potential Black scientists of his calibre didn’t manage to find a path into science?

October is Black History Month, and we’re lucky enough to have a great set of blogs to celebrate Black achievement and to share some personal experiences within science and the history of science. Throughout, themes of biography, talent and the availability of opportunity will be explored. A piece by Nira Chamberlain will lean towards mathematics, while Geoff Palmer will describe events in his own research career in biology and beyond, and for history buffs, Carolyn Roberts will be looking into Royal Society physicians, medicine and the slave trade.

One of the occupational hazards of my job is to be reading biographical accounts of scientists, often in the Society’s own (very excellent) Biographical Memoirs series. I like to wander further afield of course, and I’ve been reading two book-length life-stories recently, one for business, and one for pleasure. My fun choice was the contemporary A quantum life: my unlikely journey from the street to the stars, by the American astrophysicist Hakeem Oluseyi, about which I’d heard good things, and I wasn’t disappointed. I also got to grips with the autobiography of Mary Somerville (1780-1872), Personal recollections, from early life to old age. This was published in 1874, shortly after the mathematician’s death and it’s a great read if you’re interested in Royal Society scientists of the nineteenth century: also, in the near-impossible position of women of that century in trying to make their mark in their chosen discipline. The subjects of these two books were born worlds apart and should have little in common, but I was struck more by their similarities than by their differences. 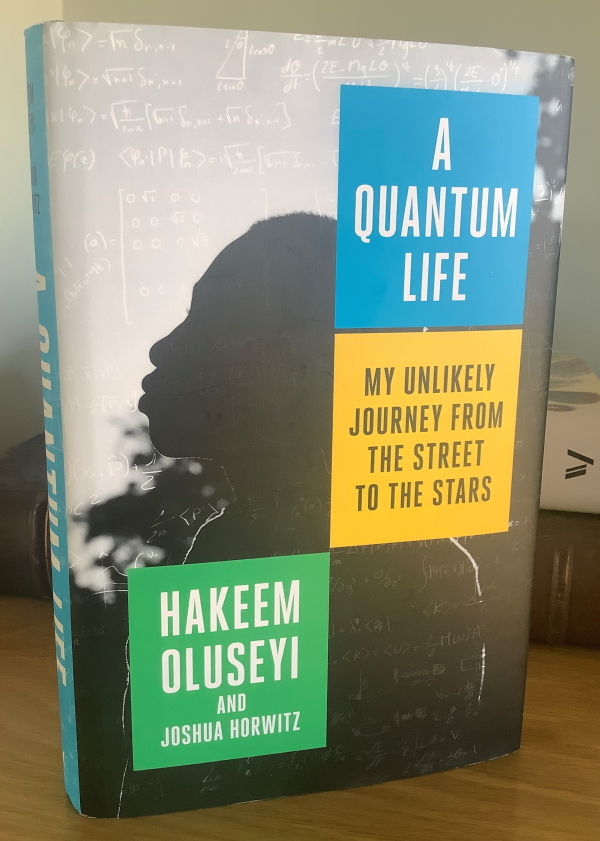 These days, Hakeem Oluseyi is a well-respected Stanford-educated physicist with a parallel reputation in public and schools engagement, but his book describes how a nomadic Black kid from the southern United States hauled himself over some historic and well-entrenched barriers of racial prejudice and sheer incomprehension of his abilities. Hakeem’s early education was patchy and his schooling self-determined – he was often ill-nourished, with a precarious home life and forced to be streetwise beyond his years. And yet, his coping mechanisms were characteristically numerical. Bouncing between locations in Louisiana, Mississippi, Texas and California, his obsessional counting in childhood was at once a very moving act of solace to alleviate stress, and a handy way to exercise his mind. I won’t spoil the book by relating how his intelligence and his work ethic took Oluseyi through multiple family crises, casual racism, and America’s epidemic of crack cocaine of the Eighties and Nineties: do try to read it if you can or catch Oluseyi talking about his life (so far) on YouTube. 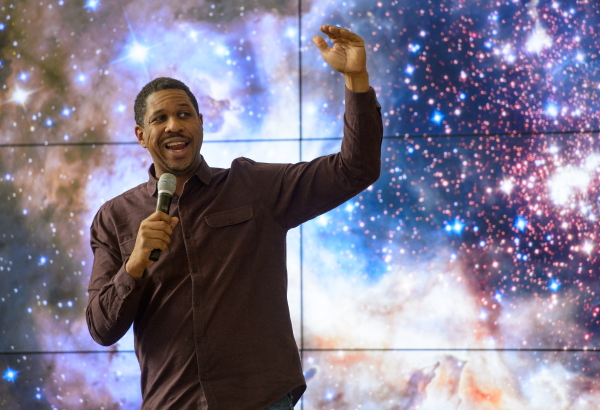 On outward appearance, the younger life of Mary Somerville was a long way from Hakeem Oluseyi’s upbringing. A white woman born into a Scottish military family (her father was a Vice-Admiral): not rich, but reasonably provided for. Like Hakeem, what Mary was starved of was a formal education to encourage her extraordinary talents. Astonishingly, as a young girl, the then-Mary Fairfax practised her skills having memorised books of Euclid. At night, in darkness, she solved problems in her head because her parents had confiscated her expensive reading candles. Only chance encounters with sympathetic people who could recommend the right books, together with a fortuitous second marriage, enabled her to begin her life’s mathematical work. Thereafter, sheer hard work and persistent intelligence enabled Mary to flower as a mathematician and author.

The common factor in these stories is missing opportunity – a white Victorian woman and a modern-day Black man both with raw talent for the sciences and limited means of harnessing the academic gift of their minds. In each life, unexpected and sometimes small acts of support could create a measure of equality, enough to be vitally important for these individuals. But Hakeem Oluseyi’s story especially leaves you wondering – how many potential Black scientists of his calibre didn’t manage to find a path into science? Oluseyi writes about his own brushes with criminality, but there is more than one type of crime, and society squandering talent is one of them.

Coincidentally, I came across another life story recently that shows how opportunity can open in unexpected ways. I was looking into the history of marine zoological laboratories, where, since the nineteenth century, the traditional means of organising research was for subscribing organisations (such as universities, governments, or the Royal Society) to rent seasonal laboratory research space, sometimes referred to as ‘benches’ or ‘tables’. After the founding of the pioneering Anton Dorhn Station in Naples in 1872, similar facilities proliferated in different parts of the world. I was pleased to discover that this system allowed the African American biologist Ernest Everett Just (1883-1941) to experiment: first at Woods Hole, then at Naples and finally at the Station Biologique de Roscoff in France; both European centres founded by Foreign Members of the Royal Society. In an inter-War era when Just’s ability to find a university position in the United States was dictated by systemic racism, those overseas postings were vital to his development as a marine biologist. 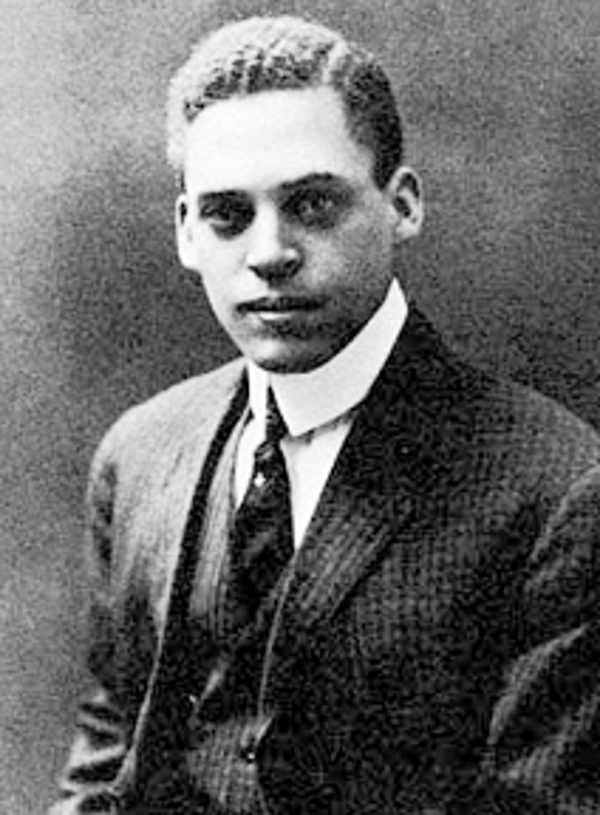 By this time next year, we hope to have support for a conference on historical biography of some known and some neglected Black scientists, including some of Ernest Just’s contemporaries. There are many more lives to count, so watch this space for news - and meanwhile, enjoy the many events of Black History Month, and the thoughts of our blog authors.