Mathematician Nira Chamberlain talks about some of the inspirational figures he encountered when chairing the 'Black Heroes of Mathematics' conference.

As a scientific leader, ask yourself the following questions: who do I network with, who do I mentor, who do I sponsor and who do I regularly encourage? If that group is not diverse then inclusion will never happen. 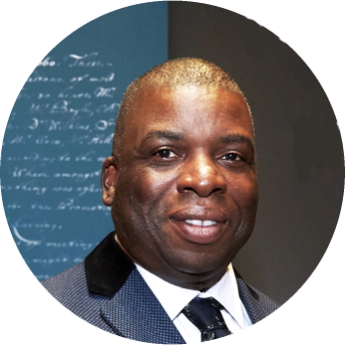 Dr Nira Chamberlain is President of the Institute of Mathematics and its Applications, a Visiting-Fellow at Loughborough University, and Professional Head of Discipline – Data Science for SNC Lavalin Atkins.

Could you introduce yourself and your research?

I’m currently the President of the Institute of Mathematics and its Applications. I’m also a Visiting Fellow at Loughborough University. In my day job, I’m the Professional Head of Discipline – Data Science for SNC Lavalin Atkins.

I’ve been a professional mathematical modeller for 30 years; my job description is to write mathematical algorithms that solve complex industrial and engineering problems.

Over the years, I’ve worked in different industrial sectors such as automotive, aerospace, defence, energy and retail and have worked all over Europe.

I have three main research areas: optimising project management through mathematical algorithms, the Black Heroes of Mathematics, and minimising the probability of artificial intelligence takeover. 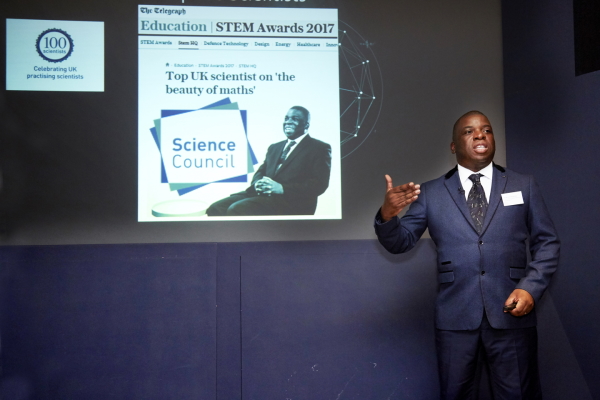 What would be on your list of outstanding achievements by Black mathematicians?

Walter McAfee – Speed of the Moon

‘I computed a radar cross section of the moon, a radar coverage pattern, and distance to the moon, so they could tell how big the signal would be when it returned.’ – Walter McAfee

During World War II, Walter McAfee was a member of the US Army Signal Corp Engineering Laboratories. There he distinguished himself in electromagnetism and radar. He was a member of the Project Diana team that was responsible for the first lunar radar echo experiments in 1946. The goal of Project Diana was to determine if a high frequency radio signal, could penetrate the outer atmosphere of the Earth.

The solution was to send a radar signal to the Moon and bounce it back to Earth. For this they needed an accurate computation of the velocity of a position on the Moon relative to a position on the Earth. Dr McAfee performed the calculations, and on 10 January 1946, the experiment was successfully conducted. Unfortunately, McAfee's contributions to Project Diana (even his name) were not mentioned in news reports about the experiment.

David Blackwell  - There is a mathematical theorem named after a Black person!

The Rao-Blackwell theorem is a way to improve the efficiency of initial estimators. Estimators are observable random variables used to estimate quantities. More formally…

Suppose g(X) is an unbiased estimator of a scalar parametric function h(θ) and Ti(X), i = 1,2,…,p, are jointly sufficient for (θ); then there exists an estimator u(T), depending on the data only through the sufficient statistics, such that E[u(T)] = h(θ) and Var[u(T)] ≤ Var[g(X)].

Any function of a sufficient statistic is the unique, minimum variance, unbiased estimator of its expected value.

Applications: the estimation of prediction errors; arrival rates of entities.

Who are your Black scientific role models?

There’s a saying that you should never meet your heroes. In the case of Professor Edray Goins, this statement is so wrong.

Edray Goins is very much a pure mathematician and I am applied. Nevertheless, when I was a full-time mathematical consultant and studying a part-time PhD, I used to read his blog, ‘Diary of a Black Mathematician’. Edray’s mathematical adventures and passion for mathematics were so inspiring! It spurred me on to do my PhD. I was disappointed when the blog posts started to dry up and stop.

In 2020, after George Floyd’s death, I was asked by a number of UK learned mathematical societies to chair a new virtual conference called ‘Black Heroes of Mathematics’. This was awesome, as I was using my research to chase and contact inspirational mathematical role models from around the world to get them to speak at this conference. I contacted Edray, and we have become firm friends ever since. He even invited me to talk at a Mathematicians of the African Diaspora event where I virtually met my other Black Heroes such as Scott W Williams and Talitha Washington!

Others that definitely need a mention include Katherine Johnson, the mathematician depicted in the film Hidden Figures, and Kate Okikiolu, the Black mathematician who was the closest to winning a Fields Medal, the mathematical equivalent of the Nobel Prize. 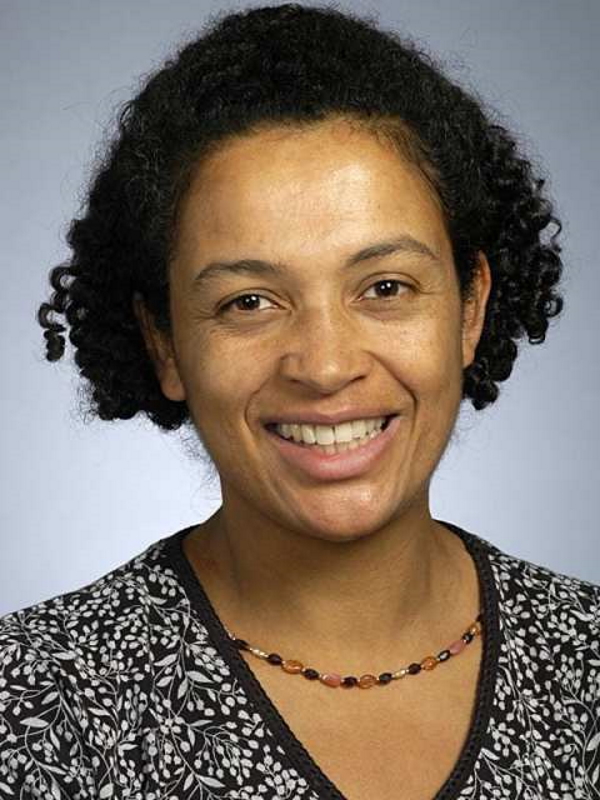 Kate Okikiolu is a renowned British research mathematician who has won many prestigious awards. After completing an undergraduate degree in mathematics at Cambridge, she went on to study a PhD at the University of California at Los Angeles.

One of the highlights of Kate Okikiolu’s career was when she was the first black person to receive a Sloan Research Fellowship. This is an award which is only given to promising researchers who are in the early stages of their careers. As an indicator of the importance of the award, 43 former Sloan Fellows have gone on to win Nobel Prizes and 16 Sloan Fellows have gone on to win the Fields Medal.

What does Black History Month mean to you?

It’s a time to reflect but also a time of renewal, to look forward and work for a better future!

What more could organisations such as ours be doing to encourage inclusivity?

Talent is evenly distributed but opportunity is not. Diversity lives and dies with leadership. As a scientific leader, ask yourself the following questions: who do I network with, who do I mentor, who do I sponsor and who do I regularly encourage? If that group is not diverse then inclusion will never happen.