The importance of increasing the mathematical and quantitative skills of young people has never been greater. What role is Core Maths playing in this and what more needs to be done to support the take-up of Core Maths?

"What is so special about Core Maths and what should be done to support it?" 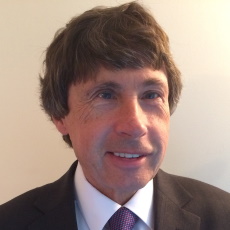 The importance of increasing the mathematical and quantitative skills of young people has never been greater. What role is Core Maths playing in this and what more needs to be done to support the take-up of Core Maths?

The Joint Statement on Core Maths qualifications from the Royal Society and the British Academy published yesterday makes a clear and compelling case for more support for Core Maths to meet these needs.

What is so special about Core Maths and what should be done to support it?

Core Maths focusses on developing fluency and confidence in using and applying mathematical and statistics skills to address authentic problems/real-life scenarios, drawn from study, work and life, with a strong emphasis on contextualised problem-solving. This is precisely what is needed to drive up the mathematical and quantitative skills of young people who are not taking A level Mathematics.

The Core Maths ‘community of practice’ of inspirational teachers supporting Core Maths has grown significantly since its introduction in 2014 – Core Maths is a mainstream offering in many schools and colleges. Teachers enjoy teaching it, and students enjoy studying it, for many reasons - foremost among these is the opportunity to work creatively and collaboratively through a contextualised problem-solving approach.

While much has already been done to work with stakeholders, particularly with most universities, and across a wide range of their undergraduate programmes, much more must be done on this front, and with a wider range of stakeholders, to significantly increase the numbers of students taking Core Maths, including working with, and support from, Government, universities, employers, schools and colleges, and parents/carers. Stakeholders in universities, schools and colleges must do more – in collaboration and in step with one another – to drive up numbers.

Many universities have expressed their strong support for Core Maths, with some also making alternative and contextualised offers for those offering it. Experience on the ground shows that higher education staff are uniformly impressed by the nature and content of the qualification, and the strong emphasis on contextualised problem solving.

Many schools and colleges have embraced Core Maths, providing students with the opportunities they deserve. Typical offerings are captured by The Sixth Form College, Colchester, where:

and Harris Westminster Sixth Form where students can opt for a fourth ‘subject’ – comprising Core Maths and an Extended Project Qualification - alongside their three A levels – with Core Maths:

"providing students with the opportunity to build their mathematics knowledge to a higher level, with a focus on the use and application of mathematics and statistics" and "designed to maintain and develop real-life mathematical skills which can be applied on a day-to-day basis, whether in work, study or life."

Much less is known about employers’ knowledge and understanding of Core Maths, though.

Core Maths is mission critical to the UK, not least for the many young people who would benefit by taking it. If you’re not already involved with Core Maths, now is the time to offer to support the ambition of many more students taking Core Maths, and to lobby for the three primary goals I have been working on for the last eight years:

I am delighted that the conditions which the Joint Statement (PDF) says must be met if the potential of Core Maths is to be realised resonate strongly with these three goals.

We all have much to gain from realising these ambitions, including universities and their students, employers and their employees, and ultimately UK plc.

I am confident that the Joint Statement (PDF), when accompanied with concerted follow-up, will provide a much-needed step-change in increasing participation in Core Maths. Now is the perfect time for all stakeholders to act in unison to support Core Maths.