Professor Uta Frith DBE FBA FMedSci FRS on unconscious bias and the most promising route to breaking barriers to equality.

'By recognising our bias, our conscious processes can counteract it. But we need to slow down and reflect when making decisions to enable us to do this.' 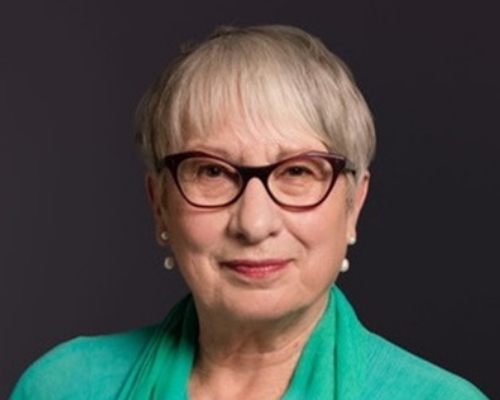 In recognition of International Women’s Day 2022, I was asked to reflect on the role that our understanding of unconscious bias plays in breaking down barriers to equality.

In 2015 I became the first chair of the Royal Society’s Diversity Committee, and my passionate aim was to tackle the overwhelmingly male demographic represented in the annual elections of Fellows. A similar picture was seen in the young scientists who were selected to obtain University Research Fellowships. In academia, business and industry, there was the same concern, especially at the more senior levels. The model of a leaking pipeline to illustrate the career paths for cohorts of women found wide acceptance. It raised the suspicion of a huge waste of talent. Moreover, it clashed with deeply held values of a fair and just society. Something needed to be done.

Research at the time pointed to the adverse power of hidden prejudice and cultural stereotypes. If the typical distinguished academic is a white male, our thought processes will automatically, and behind our back, favour white males also when it comes to promotion, grants and prizes. As part of the Royal Society’s diversity strategy, I was very pleased that in November 2015 we published a briefing and an animation that highlighted this bias and possible ways to overcome it. These materials have been widely used as a reminder for members of selection panels.

Research on unconscious bias has increased in the last few years without substantially changing the picture. A recent review of the literature restates the persistence of a gender gap, while also criticising the lack of hard data1. Here, I offer my own conclusions on the evidence as it appears to me so far.

First, insight into the surreptitious action of unconscious bias in our social interactions is a good thing. This is because we can use our conscious thought processes to control unconscious bias. By recognising our bias, our conscious processes can counteract it. But we need to slow down and reflect when making decisions to enable us to do this. Second, it now seems clear that no amount of training will permanently remove unconscious bias. Therefore, I now believe that we need to be focussing on conscious rather than unconscious processes, as this offers the most promising route to break down barriers to equality. If we cannot eliminate prejudice, we can surely fight it.

There are good reasons why we cannot simply eliminate unconscious bias. Biases in perception and action have evolved as shortcuts in our mental repertoire. For instance, when you have no information about somebody, all you can rely on is a stereotype. Rather than relying on stereotypes we need to get more information. When more information is available, we can override the automatic preference for those ‘who are like us’. We can use conscious reflection and proactive control2, something that human brains are remarkably well equipped to do. Exerting conscious control allows us to make decisions that align with our long-term cultural values. It is good to be reminded that human beings are not only able to use conscious control, but actively treasure the feeling of being in control.

I believe this feeling is important to foster in selection panels at the Royal Society. A simple step is to allow sufficient time for decisions. A more difficult, but vital, step is to direct everyone’s attention to the relevant cultural priors that we share. These include scientific excellence, as well as consideration for fairness and justice. We can also draw on an increasing awareness of the importance of a research culture that values cooperation and the reproducibility of experiments.

Did the diversity strategy of the Royal Society facilitate change? We’ll never know, but a cultural shift has occurred: in the last five years the proportion of women among Fellows has been rising from the traditional <10 % to >20%. This proportion is roughly in line with the proportion of women in senior academic roles, the pool from which candidates are typically drawn at present. There’s still more work to do. Slowly but surely, a shift is also occurring for other still under-represented groups.

I am confident that the Royal Society’s diversity strategy will continue to fight for ever more inclusiveness through fairness and justice. On International Women’s Day, it is a pleasure to share in the pride of those who are contributing to this strategy: the dedicated staff working behind the scenes, the members of the fearless Diversity Committee, and its inspiring, now outgoing chair, Professor Veronica van Heyningen. All these individuals have consistently highlighted the unwanted effects of unconscious bias of traditional members of the establishment against people who are ‘not like us’. The recognition and open discussion of unconscious bias is greatly benefitting selection panels and the candidates that they consider.