Louisiane Ferlier marvels at the paper tools - including quadrants, dials and volvelles - hidden within some of the oldest astronomy books in the Royal Society Library.

A volume by Johannes Schoener included the first paper instrument predicting the position of celestial bodies using a sequence of volvelles.

In one of the latest episodes of our Objectivity YouTube collaboration with Brady Haran, I featured some of the paper instruments found in our collection:

Paper instruments were not an uncommon sight in Renaissance scientific books, as they presented a unique opportunity to share the interactive tools needed for readers to put in practice the knowledge contained in the volumes. At the Royal Society, most paper instruments are associated with astronomy, although I hope to find more in the less trodden mathematical section (stay tuned!). Take for instance one of the earliest volumes in the collections, a 1474 calendar published by Johannes Mueller, known as Regiomontanus. It contains a variety of paper devices, including this dial, to be used to tell the time using the sun: 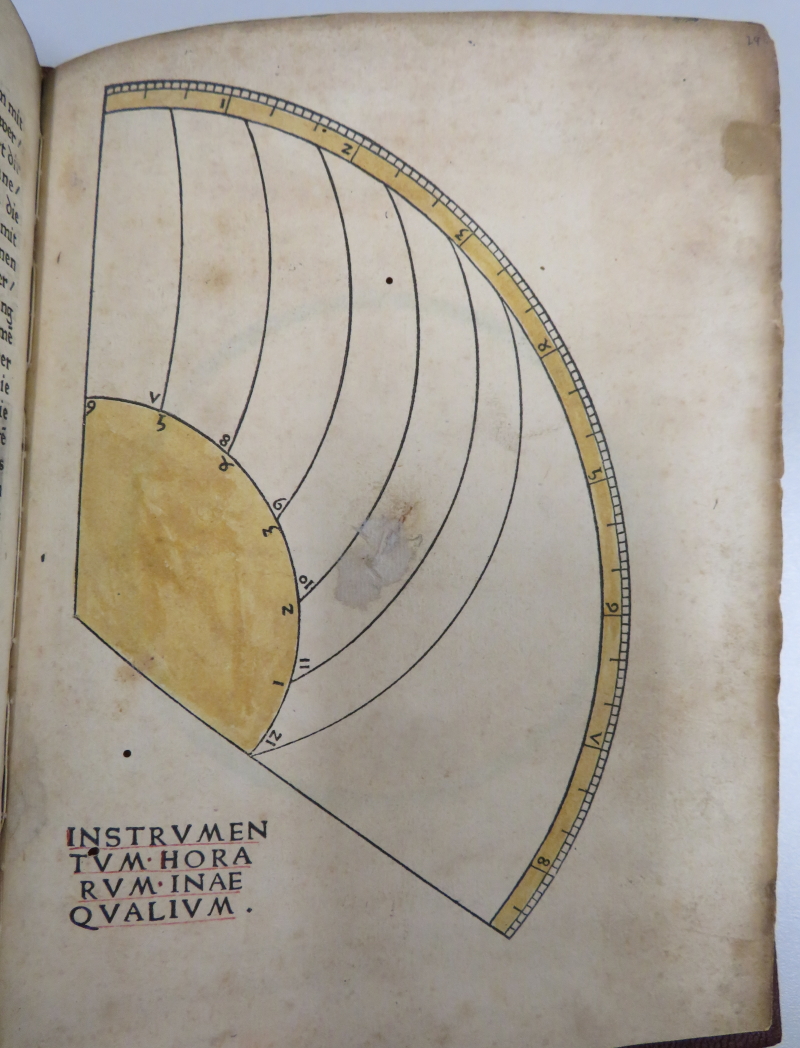 And this quadrant, to measure the altitude of celestial objects using the line of horizon: 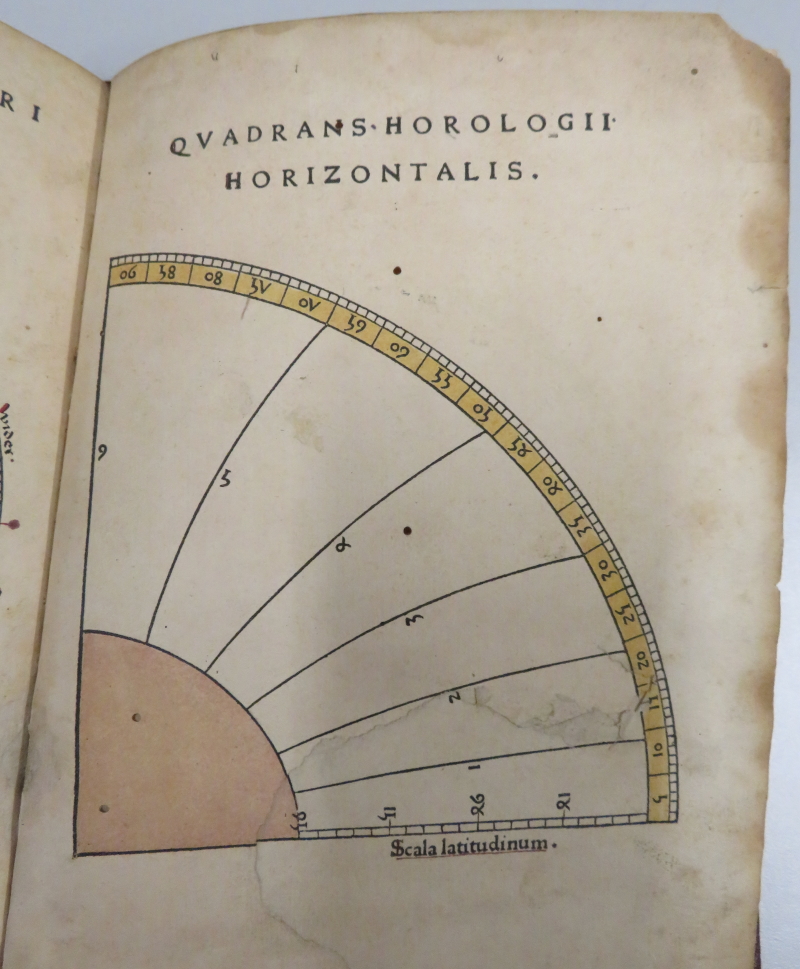 You can print your own slightly improved paper quadrant following these instructions.

There’s also a vibrantly coloured lunar volvelle, based on astrolabes, composed of a series of rotating discs of paper: 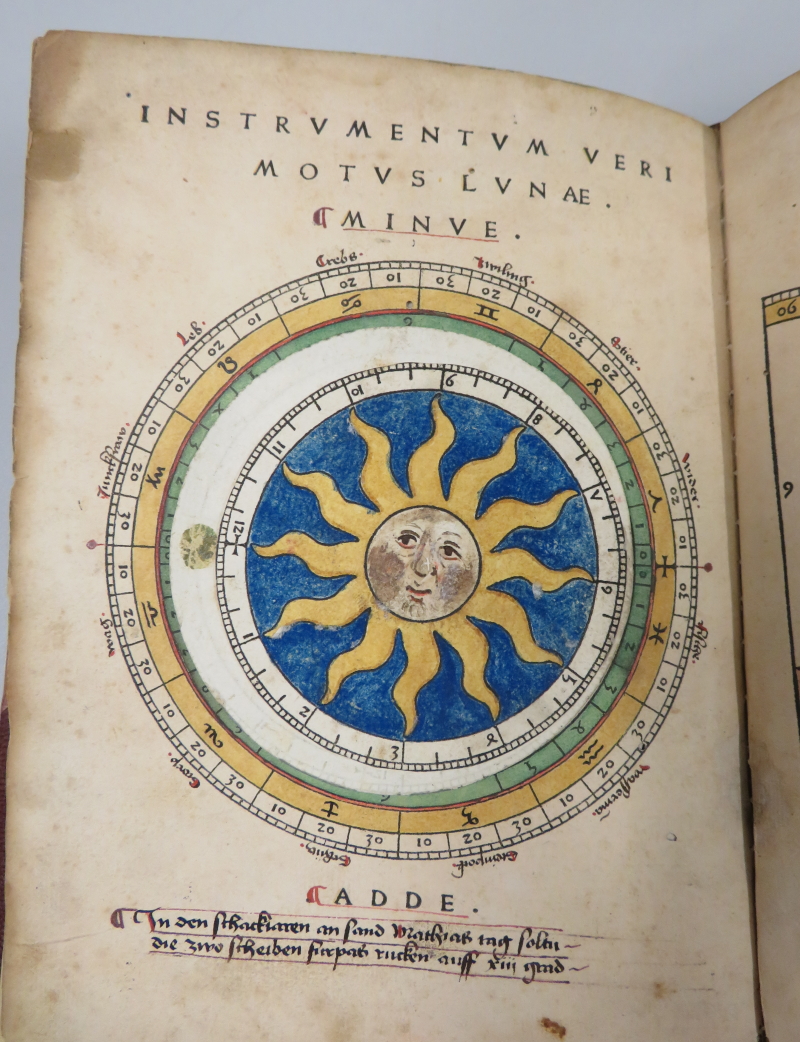 Having apprenticed with some of the foremost scholars of his time, Regiomontanus is considered to have founded the first scientific press, in Nuremburg, with the explicit programme of educating, contributing to current scientific research and circulating the latest discoveries in astronomy and mathematics. The Kalendarium was printed only a few years after the introduction in Europe of movable-type printing by Johannes Gutenberg, making this volume an incunable. Regiomontanus was therefore using the latest technology in an inventive and engaging way to express the latest in science.

What I find especially striking about the whole volume is that it’s designed all at once aesthetically, efficiently, simply, and accurately. The paper instruments invite readers to engage with the natural world through the media of paper and book, and they do so even more convincingly because of their vibrant colours. Similarly, the decorated lunar calendars with their cheeky faces turn a practical diagram into a beautiful one: 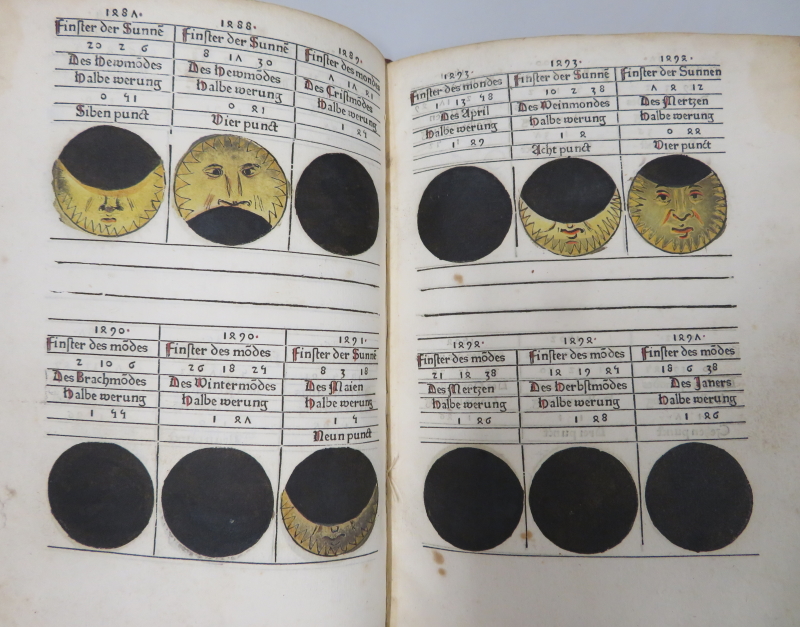 The inclusion of paper-based tools that Regiomontanus designed and engraved himself turned his calendar into much more than just a marker of time, it empowered its readers to learn how to observe the skies and reckon the passage of time for themselves. Soon, other printer-scientists followed in his footsteps, designing astronomical paper instruments to pursue his humanist programme.

In the Objectivity video you will see me puzzle over a graduated diagram included in a volume by one of his students, Johannes Schoener, which included the first paper instrument predicting the position of celestial bodies using a sequence of volvelles: 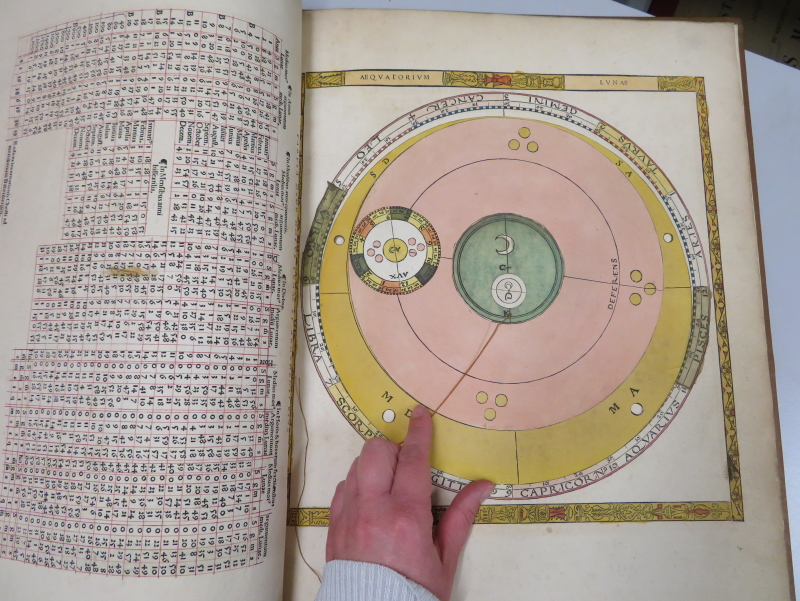 A maker of maps and globes, Schoener reprinted some of Regiomontanus’s work, combining astronomical and geographical expertise. Through the magic of the internet, one YouTube comment pointed me to an article describing the mysterious diagram as a computational tool to calculate when the Sun and the Moon align, with another comment acutely comparing it to a sixteenth-century spreadsheet. In the process, I have also learnt the term syzygy, which would be a knockout blow at Scrabble. 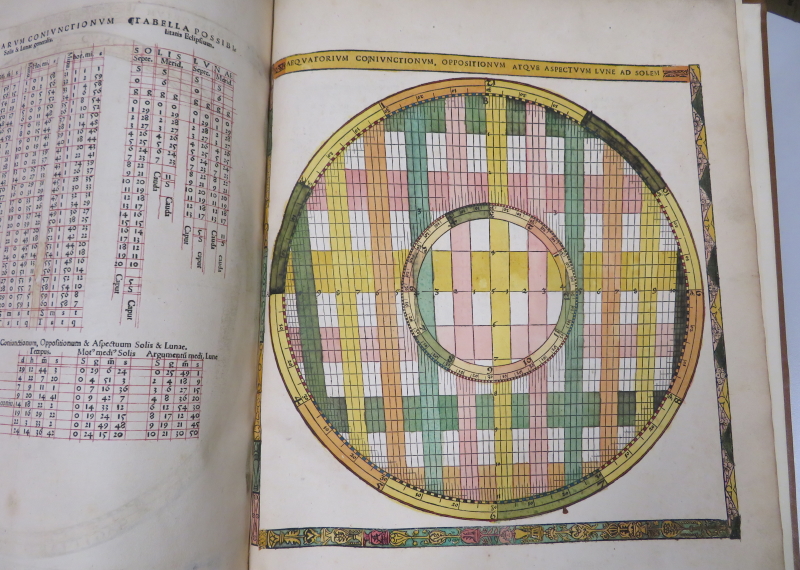 Despite what my selection in the video may suggest, paper instruments did not only exist within books: printers would also sell them as standalone features, instead of the more expensive metal or wooden objects. The fragility of the loose paper instruments and the fact that they were intended to circulate and be used, means that they did not survive the passing of time easily, and this explains why the ones still bound in books are more numerous.

Despite its fragility, paper is a powerful technology: in addition to serving as textual and illustrative vehicle, through careful layering, folding, cutting and pasting, it can become a 3-D tool in the circulation of knowledge. These instruments are fascinating educational machines which show that science has always been a practice as much as a discourse. Nullius in verba – don’t take anyone’s word for it, pick your instrument, and check for yourself.