Katherine Marshall tells the story of the colour purple, from shellfish on the Somerset coast to a nineteenth-century synthetic dye invented by William Perkin FRS.

'The Shells are small, yet their abundance on our Coasts, may yield matter enough ... to dy a quantity of fine Wooll, or Silk...'

What will you be wearing for the Jubilee celebrations this year – a royal purple perhaps?

The colour has long been associated with authority and status because of the highly prized Tyrian purple. The laborious manufacture of this dye, requiring tens of thousands of murex sea snails to supply enough pigment to colour a small swatch of fabric, meant it was worth more than its weight in gold. It wasn’t until the mid-nineteenth century that an artificial version, rivalling the intensity and durability of the one prized by the ancients, was successfully synthesised. The vibrant mauveine purple was derived from coal tar and made its creator, chemist William Henry Perkin, a Fellow of the Royal Society and Royal Medallist. 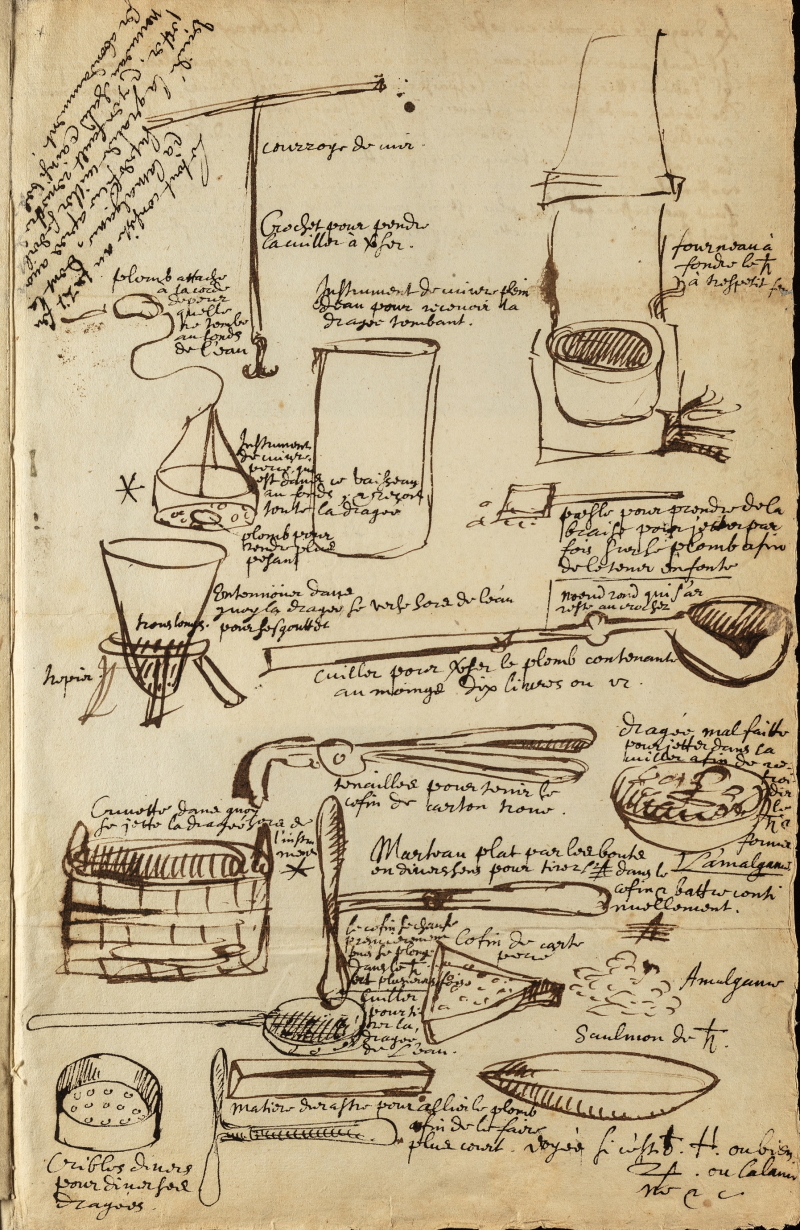 The Society has long been interested in the art of dyeing, setting up a ‘history of trades’ programme in its formative years with the aim of revolutionising industry through applied science. Several accounts of dyeing methods and manufacture can be found in the early correspondence, including Observations on the purple fish by Bristol-based William Cole, who heard word of

‘a certain person living by the Sea-side in some Port or Creek in Ireland, who made considerable gain, by marking with a delicate durable Crimson Colour, fine Linnen of Ladies, Gent. &c.’

and set about experimenting with shellfish on the Somerset coast. His discovery of a native Purpura sea snail is tempered by his admission that

‘the Shells are small, yet their abundance on our Coasts, may yield matter enough, (with the more pains), to dy a quantity of fine Wooll, or Silk, so as to render the discovery some way usefull’.

Cole’s haste to have the paper published before his investigations were complete, and his suggestion that with further improvement his discovery might rival the Tyrian purple itself, imply a degree of hope for the potential economic gains of his discovery, or perhaps the favour of the king for his very own supply of Royal Purple. 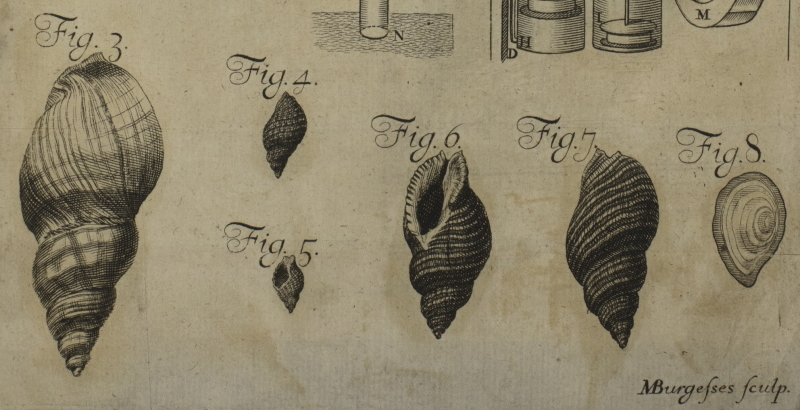 Various specimens of the Purpura family, from William Cole’s letter to the Royal Society (detail from RS.18756)

Martin Lister FRS, who worked to identify new dyes from cochineal, suggested in a Philosophical Transactions article that this species of Purpura, although not commonly known until Mr Cole’s publication, had long been used and passed down through tradition, and ‘kept as a Secret even in these Islands’. Indeed, a 1639 paper by a ‘Mr Fletcher’ (CLP/3i/38) provided a recipe for purple from cochineal and oyster shells, but this was never published. 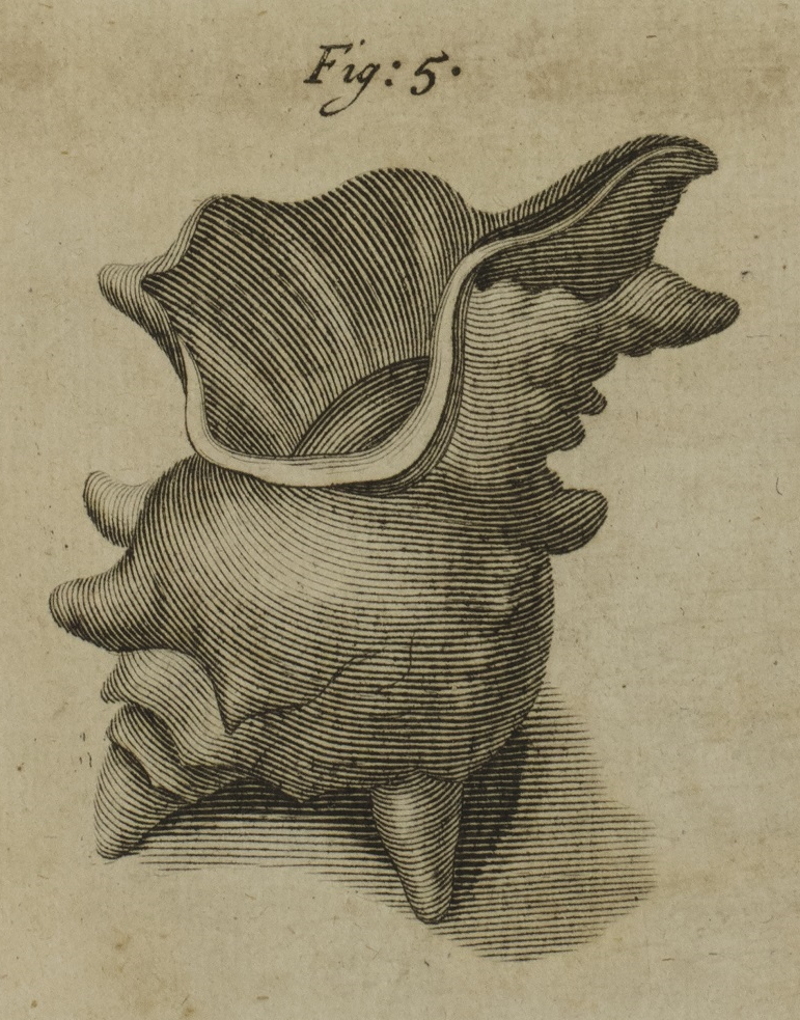 It seems the production of purple dye from molluscs never took off locally, and it wasn’t until advancements in chemistry during the Victorian period that the first synthetic dye was invented in the highly prized colour. Working as a student for Professor August Wilhelm von Hofmann FRS at the Royal College of Chemistry, William Perkin began experimenting on the synthesis of quinine from aniline. It was during these investigations in 1856 that Perkin accidently produced a black precipitate which contained a violet substance. It was named Mauve or Aniline Purple, and was the first of the coal-tar colours to be manufactured by Perkin, who at the young age of 18 saw the commercial potential for the new dye.

An appetite for purple fabric had been building since the introduction of French Purple by Philibert Nicolas Guinon and company on the continent. High demand for a new purple which could be produced on an industrial scale made Perkin’s fortune, and he was elected to the Fellowship of the Royal Society in 1866, as ‘Author of numerous researches in Organic Chemistry [and] Discoverer of Mauve or Aniline Purple’. He was later awarded the prestigious Royal Medal ‘For his synthetical & other researches in organic chemistry’, a fitting endorsement for the discovery of a regal hue! 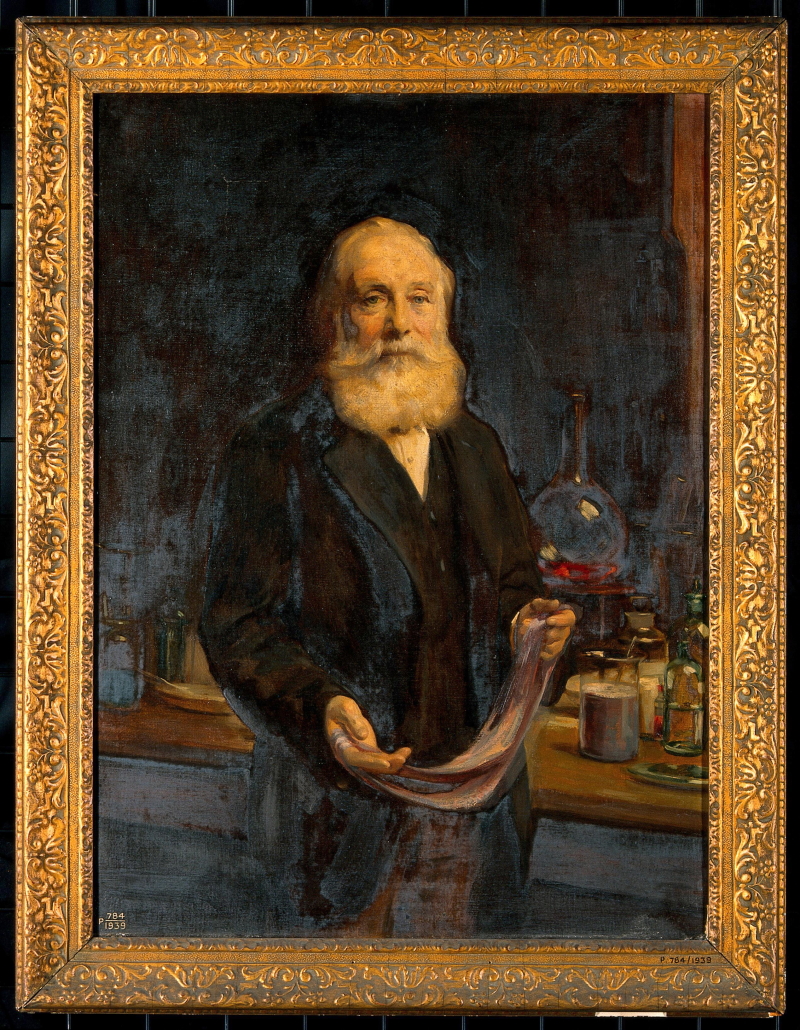