It’s tempting to imagine that these watercolours were composed on the same trip, with the two men setting out to paint after a day of data gathering, later comparing their results over a well-earned pub dinner.

I’ve been working closely with items in the Royal Society’s collection of works on paper lately, removing paintings and prints from their frames and mounts and re-housing them in preservation-friendly wallets. In doing so, I’ve been reminded of the impressive artistic skills of many of our Fellows.

One of my favourite examples from more recent years is Thomas Alan Stephenson FRS (1896-1961), a talented marine biologist and artist, whose watercolour ‘Coral – Colony of Fungia’ we acquired last year as part of a broader collection of papers on Maurice Yonge FRS (1899-1986) and the 1928-1929 Great Barrier Reef Expedition. 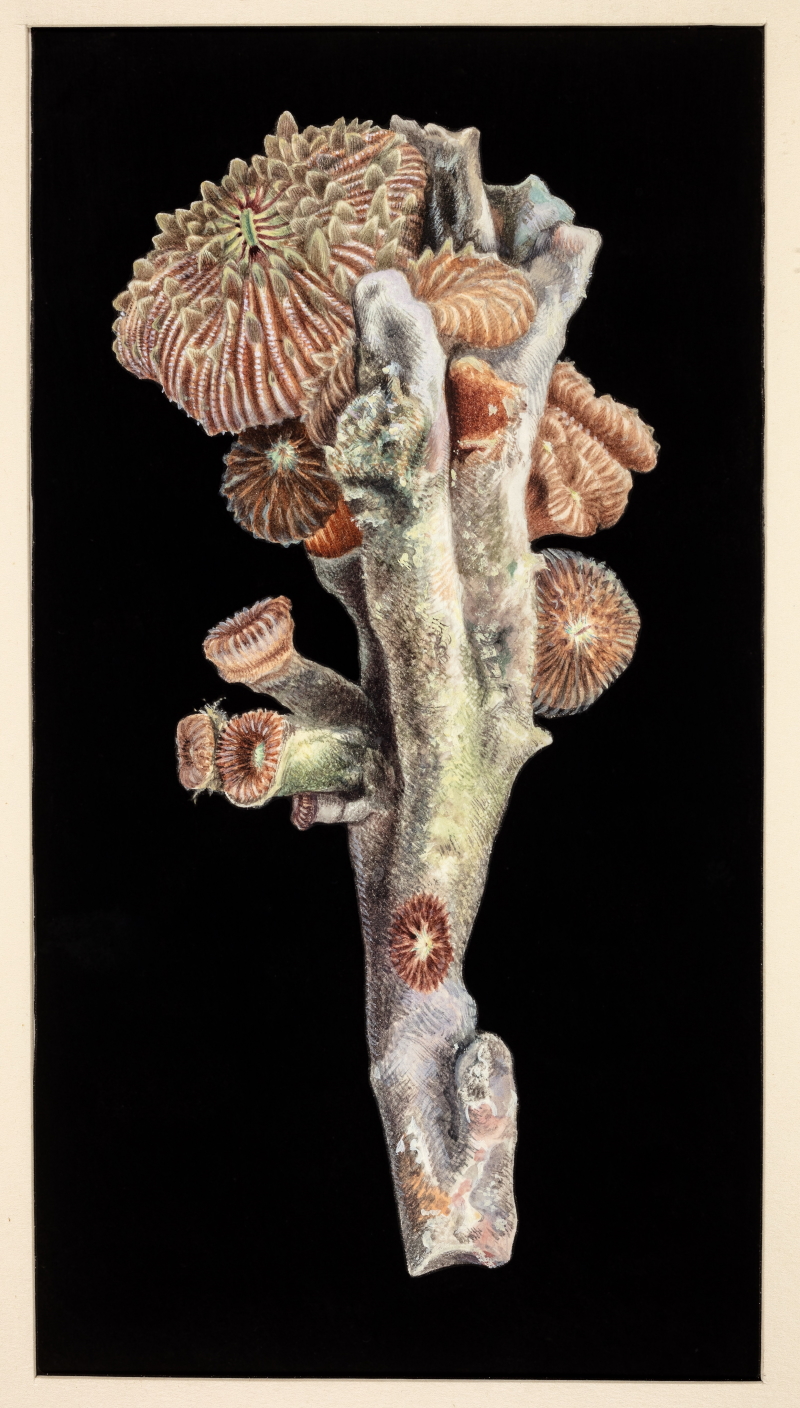 Stephenson led the party’s reef research and clearly this artwork developed in parallel. Its dark background is characteristic of Stephenson’s unique style (also seen in these watercolours of Orchis simia and Silene maritima), a creative means of offsetting the vibrant patterns of his subjects.

It’s also surprising how much ‘art for art’s sake’ we possess: watercolours that appear not to have been created as a means of scientific illustration, but rather just as a pastime. There are a few examples of this within the watercolour collection of another marine biologist, Gordon Elliott (Tony) Fogg FRS (1919-2005), bequeathed to us and now catalogued as MS/911. As well as two landscapes by Fogg himself, the collection contains works by Stephenson, William Harold Pearsall FRS (1891-1964), Arthur Harry Church FRS (1865-1937) and Georg Dionysius Ehret FRS (c.1710-1770). It spans the eighteenth to the twentieth centuries and, until now, I hadn’t had the chance to really dive into the story behind these pictures. 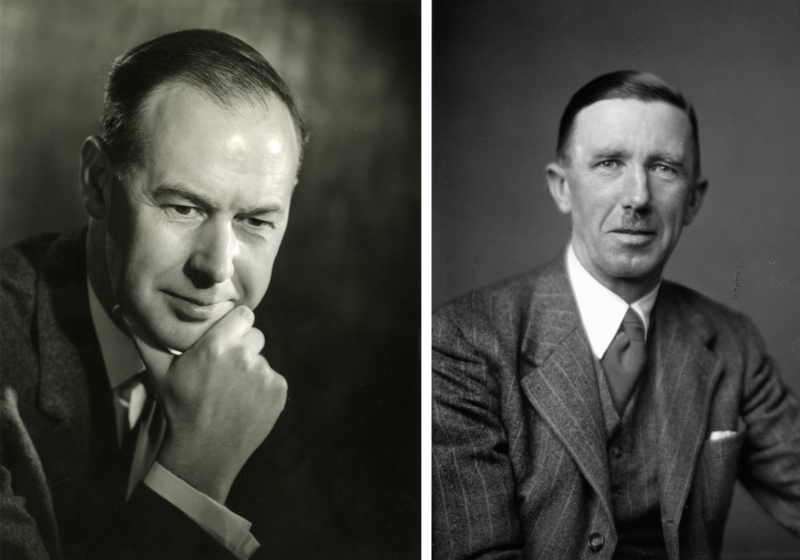 Fogg presumably collected paintings by earlier figures such as Ehret and Church out of pure admiration for their work. Stephenson and Pearsall, meanwhile, were contemporaries, with similar interests in marine biology, botany and ecology. I’ve yet to discover whether Fogg and Stephenson were acquainted, but with a little background reading I was able to establish how Fogg knew Pearsall. I began by investigating this particular relationship given they had painted near-identical subjects, among them Blakeney National Nature Reserve in Norfolk.

I found that Pearsall and Fogg had co-authored a paper on ‘The utilization of algae for industrial photosynthesis’, pointing to a working relationship of some sort. Fogg’s Royal Society Biographical Memoir indicates that they met when Fogg took up an assistant lectureship in botany in the 1940s at University College London, where Pearsall was head of department, creating a leading research centre in algal physiology.

At first glance, their landscapes appear unrelated to their science. However, Fogg’s Memoir describes an annual field course in Blakeney that he regularly attended and that, significantly, was hosted by Pearsall. It seems likely that it was during one of these trips that they took the chance to capture their surroundings. Indeed, Pearsall’s Memoir notes that he ‘always carried sketching equipment on holidays and field-excursions’. So, while not an example of scientific illustration, a happy outcome of a research trip!

Fogg and Pearsall chose to capture Blakeney from different angles, Fogg admiring the lifeboat houses and Pearsall the curve of the shoreline visible from ‘the point’, and with contrasting styles, each choosing a very different brushstroke and colour palette. I like the fact that in both a small church, possibly St Nicholas Parish Church, is visible.

Close-up view of a church visible in each print

It’s tempting to imagine that these watercolours were composed on the same trip, with the two men setting out to their respective viewpoints to paint after a day of data gathering, later comparing the results of their scientific and creative work over a well-earned pub dinner in Blakeney. I don’t know if this was in fact the case, but Fogg and Pearsall clearly did share a fondness for watercolour painting, which they may well have discussed together over the course of their working lives, perhaps explaining why Fogg ended up with Pearsall’s landscapes in his possession.

In my view their watercolours, and others like them in our collections, are an apt reminder of our shared tendency towards creativity, present in the most scientific of minds. I was pleased to upload the remaining contents of Fogg’s collection to our picture library recently, uniting these artworks digitally and making them available so you can admire them alongside one another.

Note: The artworks featured in this post are subject to copyright of the artists’ estates.