Pride and STEM: Positive changes, but further to go

Professor Duncan Cameron discusses what progress is needed for LGBTQ+ people in STEM. 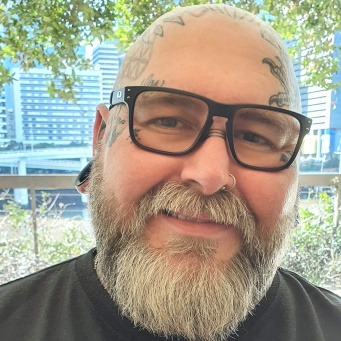 Professor of Plant and Soil Biology, University of Sheffield

This year marks the 50th anniversary of Pride in the UK, and the increasing visibility of our queer community across all sectors of society has, without doubt, helped to drive much needed cultural change. That said, we have only just begun our journey to real equality, and we have much further to go before LGBTQ+ people can live and work without fear of discrimination.

I was born in the late 1970s and grew up under the cloud of Section 28 and during the AIDS crisis, meaning I had no understanding of what being gay really was, all I knew was that it was bad. I am still haunted by the ‘AIDS gravestone’ TV adverts of the 1980s and I think this experience shaped my own understanding of my sexuality. One of denial, shame, and fear. I had come out to a few close friends and family in my late teens, but to come out professionally was a scary prospect, yet it was something I felt I needed to do. Little did I know that I would have to come out pretty much every day of my professional career, nor had I prepared myself for the homophobia and discrimination that was, and still is, endemic within STEM.

I can remember very clearly when I first came out at work, to a friend and colleague after too many cocktails at the lab Christmas party. It was the ‘noughties’ and I was in my late 20s at the time. I had just won a junior year independent fellowship and had wanted to be open about my sexuality for some time. To be able to say the words “I’m gay” openly was a liberation but would later become a source of anguish. At this time, there was the beginnings of a Pride movement in STEM, and I think the existence of that movement helped me with my decision to come out. Subsequently the queer STEM community has been a real source of strength.

My coming out was generally a very positive experience, but it was also a challenge to unravel the ‘straight’ persona I had created for myself and this is where I first encountered real homophobia in my professional life. I’m sure this will be familiar to fellow GenX-ers, I was told, by mainly older male colleagues, that I didn’t need to “flaunt my sexuality”, “bang on about being gay all of the time” “constantly talk about my boyfriend” and many more. I had some ‘frank exchanges of views’ with those colleagues about the fact that, unbeknownst to them, they affirm their heterosexuality all of the time! “My wife and I…” et cetera. Thankfully, it now seems unimaginable that those conversations would be had out in the open as they were nearly 20 years ago when I came out professionally, and the Pride movement has played a significant role in kick starting this on-going culture change.

My home university was at the forefront of open allyship with a, now ubiquitous, rainbow lanyard scheme. A little gesture maybe, but one that really brought the discrimination faced by LGBTQ+ people into the open and led to constructive discussions. Commitments by learned societies to stamping out homophobia has meant our queer community feels less alone, and movements like ‘500 queer scientists’ and festivals like ‘BioDiverse’ showcase the impact of our work. I could go on.

Without doubt, the past 20 years have seen a positive and seismic shift in the lived experience of queer scientists, however, our fight for equality is not over. My own lived experience and the lived experiences of others are still blighted by homophobia and implicit bias. We still face risks of violence and intimidation as part of our work. Only recently I was physically assaulted on a train while traveling for work, an assault justified by the perpetrator by my being “a f***ing f***ot”. I am still contacted by young, queer scientists too frightened to be out at work because of pervasive homophobia; and we will still face discrimination in promotion committees where LGBTQ+ people feel that their progression is mired by implicit bias, something I have also experienced in my career.

Most recently, we have seen attacks on our Trans brothers and sisters from sectors of society that should know better. It is quite right that we should celebrate our achievements, that the lived experience of LGBTQ+ people in STEM has improved dramatically, however homophobia, biphobia, transphobia etc. are still commonplace in STEM. That is precisely why Pride is so very important, to remind everyone that the fight for equality is not over, and to remind the world that LGBTQ+ people not only exist but make a huge contribution to the successes of STEM!