People did not expect much from the delayed Montreal Conference on Biodiversity (COP15), so the framework agreed by 196 countries should be recognised as a success - and a step forward.

One month on from the COP15 biodiversity summity, Professor Sandra Diaz ForMemRS, explores whether the summit measured up to expectations, and what remains to be done. 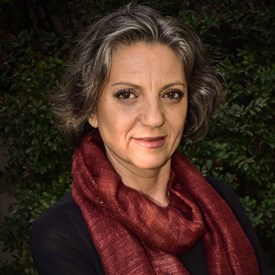 Sandra Díaz is interested in plant functional traits and general patterns of functional specialization, their effects on ecosystem properties and their interactions with global change drivers. She constructed the first global quantitative picture of essential functional diversity of vascular plants –the global spectrum of plant form and function- providing a backdrop for evolutionary, ecological and biogeochemical modelling studies. She has advanced theory and practical implementation of the concept of functional diversity and its effects on ecosystem properties and benefits. She combines her plant ecology studies with interdisciplinary work on how different societies value and reconfigure biological communities and ecosystems.

Most people did not expect much from the Montreal Conference on Biodiversity (COP15) that concluded on 19 December 2022. So, compared with what might not have happened, the Kunming-Montreal Global Biodiversity Framework (K-M GBF) enshrined by 196 countries at COP15 is a success and a step forward.

But, in the same way as the first miles of an ascent of Everest are better than no progress at all, there is still a huge mountain ahead if we are to assure ‘a shared future for all life on Earth’ – to use the conference’s official theme.

COP15 was meant to be the climax of the “Year of Biodiversity” in 2020 and several years of momentum building up to it. I was a co-chair for one of the major coordinated scientific inputs to COP15 – the IPBES Global Assessment on Biodiversity and Ecosystem Services (GA). This was the first intergovernmental appraisal of life on Earth, and why it matters to all of us. I was responsible for ensuring this was ready ahead of the original 2020 meeting, we succeeded but everyone involved felt the pressure.

Then the COVID-19 pandemic got in the way.

Two years later, the vital signs of nature, the future projections, the challenges, were pretty much the same. The scientific community had produced more precise numbers, more accurate scenarios, numerous detailed recommendations on goals and targets for the next decade, and the context for their implementation. The Royal Society produced several resources, including on the links between biodiversity and climate change.

But the historical and political backdrop against which COP15 took place was quite different from that of the “Year of Biodiversity” that wasn’t. Carefully juggled by two countries that were  not in the best of terms, held just after a climate COP27 which was not precisely a great success, and in the middle of regional political tensions with global implications, the expectations were not particularly high. Maybe because of this I think that, all in all, the outcome has been positive.

The pace and tone of the negotiations throughout the exhausting 17-day meeting were not auspicious. During early sessions delegates spent precious hours arguing over synonyms and commas in what was an almost unreadable draft. Tensions between developed and developing countries were high until the very last session. Many hoped for a last-minute announcement to inspire a cascade of commitments, consistent with the transformative change called for by virtually all global environmental assessments. There was no such a thing.

But there are some unqualified wins to celebrate. Probably the greatest advances with respect to its predecessor, the 2020 Aichi Biodiversity Targets, are the much more inclusive general framing, and also the fact that now there are a few quantitative targets to be achieved by 2030. Socially and epistemologically, the K-M GBF is clearly broader and more pluralistic, with the explicit recognition of different worldviews and knowledge systems and human rights, including gender equality and the rights of Indigenous peoples and local communities and minorities to their territories, resources and customary uses. The importance of framing can hardly be overestimated as a scene-setter, as an enabler of change: it is difficult to go beyond the horizons set by your framework.

But of course no framing by itself is enough to bring about change. Which takes me to the second positive aspect: the quantitative targets, such as the conservation of at least 30% of the Earth’s surface, the reduction of the rates of introduction and establishment of invasive alien species and the amount of nutrients lost to the environment by at least 50%, and the reduction of incentives harmful for biodiversity by at least 500 billion US dollars per year, all to be hit by 2030.

All in all, I would describe large parts of the K-M GBF as “positive but patchy”. Many targets contain positive elements alongside elements that fall short.

For example, it is remarkable that three targets (Targets 10-12) are about ensuring enough surface is occupied by native ecosystems within agricultural and urban areas, but unfortunately no quantitative milestones are set. When it comes to pollution from pesticides (Target 7), what is to be reduced is the “overall risk” from them, not necessarily the amount applied.

While most of the major systemic, underlying causes of nature’s decline have dedicated targets, they are thin in quantitative stepping stones. Target 15 is about the need for the private sector to be nature-friendly, but with no quantitative milestones and, instead, a general tone of gentle suggestion. While in Target 16 people are to be encouraged to make sustainable consumption choices, the only quantitative milestone by 2030 is the halving of food waste.

The dedicated funding to be tripled by 2030, and the statement that at least part of this has to come as a flow from developed to developing countries  ̶  which both host the highest diversity and face the strongest challenges  ̶  are definitely a step forward.

But such funding, even if it materialises in full, is quite far from enough.

The future of nature and its contributions to people will strongly depend on what we collectively do within the next 10 years.

The K-M GBF is a good roadmap in the sense that points in the right direction, and it is inclusive and far-sighted. At the same time, it leaves a lot of wiggle room for pretending to change but keep doing the same.

So whether it will be an instrument for true change, or another road to nowhere depends on the quality of the implementation, and the determination and agency of those who will make it happen.

In this, the role of national government is essential, but not enough.

Local governments, NGOs, unions, other civil society organisations being empowered by the framework and making it their own will make a critical difference.