Philosophical Transactions is the world’s first and longest-running scientific journal. It was launched in March 1665 by Henry Oldenburg (c.1619-1677), the Society’s first Secretary, who acted as publisher and editor. Oldenburg spun his wide-ranging network of European natural-philosophical contacts, the activity of the Royal Society, and his skills as a linguist and scientific editor into a new form of print intended to promote the enterprise of early modern science and perhaps make some money on the side. The journal appeared monthly, selling for one shilling. 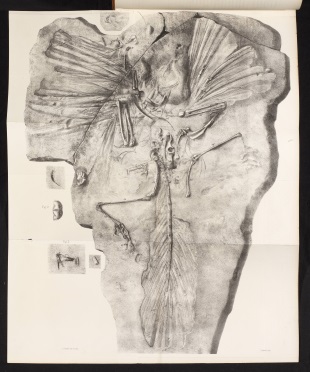 Diagram of an Archeopteryx from Philosophical Transactions (1863) by Richard Owen

The enterprise was widely valued by natural philosophers and the Royal Society in particular and, after Oldenburg died, editorial and financial responsibility for the journal was unofficially assumed by his Secretarial successors (Edmond Halley and Hans Sloane among them.) A crisis in the affairs of the Society in 1752, however, precipitated by the President’s illness, the death of the incumbent editor-secretary, and particularly by a series of harsh satires on the Society and its works, prompted an institutional takeover of the journal.

The Society takes over

Under Royal Society control the journal settled into a slower publication rhythm and its content became fundamentally linked to what went on in the Society’s scientific meetings every Thursday. New procedures of collective editorship were put in place, with papers selected by a 21-person committee, while the secretary was responsible for seeing the journal through the press.

The 19th century: Reform and professionalisation 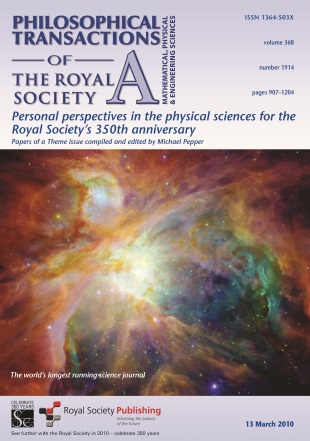 Cover of Philosophical Transations A (2010)

By the 1830s Philosophical Transactions was facing increased competition for the best scientific papers from commercial journals with a more rapid publication schedule, as well as from the proceedings and transactions of more specialised scientific societies. The Royal Society responded by introducing more rigorous and systematic expert peer review, and by launching an abstract journal, Proceedings of the Royal Society, procedures which were reinforced and extended during the long tenure of George Gabriel Stokes as editor. Later in the century Philosophical Transactions split into ‘A’ and ‘B’ series (physical and biological sciences respectively), and from 1893 the Proceedings began to include full research papers in its own right.

The 20th century and beyond

Philosophical Transactions operated at a loss for most of its existence, and it was only from the mid-20th century that income from the journal regularly began to exceed expenditure. This surplus revenue is channelled into the Society’s grants programme, policy work, and international and educational endeavours. From 1989 editorial responsibility was transferred to individual Fellows, supported by advisory boards and the Society’s professional staff of publishers and editorial assistants.  The journal went online in 1997, and the Society’s publishing stable has been supplemented by new journals covering new and interdisciplinary sciences and operating on newer models of publication.

In 2017, original copies of all our journals from 1665 to 1996 were digitised to create the Royal Society Journal Collection: Science in the Making. Now we are looking to bring more content related to the journals out of our archive for you to explore. Science in the Making is a unique way for you to discover, transcribe, tag and comment on referee reports, photos, correspondence and more, previously only available to people visiting our library.

The history of the world's longest running scientific journal is the history of science publishing itself. Scroll through the timeline to find videos, special papers, and other outputs from Publishing 350.