In 1980 smallpox was declared eradicated after a global vaccination campaign. Today, only two labs in the world retain variola virus, the cause of smallpox, one in the USA and one in Russia – and the World Health Assembly has recommended these virus stocks be destroyed when essential research with variola virus is complete.

In this lecture, Professor Geoffrey L. Smith FRS, winner of the 2020 Leeuwenhoek Medal, described how smallpox was eradicated and what happened afterwards. Despite eradication, research with vaccinia virus, the smallpox vaccine, has endured. This research has provided new ways to make vaccines, and revealed how our cells respond to virus infection and how the virus escapes these defenses.

The Leeuwenhoek Medal and Lecture was originally established to recognise excellence in the field of microbiology but now also includes excellence in bacteriology, virology, mycology and parasitology, and microscopy. The lectureship was named after the Dutch microscopist Antonie van Leeuwenhoek FRS, often referred to as the ‘Father of Microbiology’, and is supported by a bequest from George Gabb. Originally it was held annually, and from 2006 to 2018 it was awarded triennially, but it is now awarded biennially. The lecture was first given in 1950. The medal is of bronze, is awarded biennially and is accompanied by a gift of £2,000. 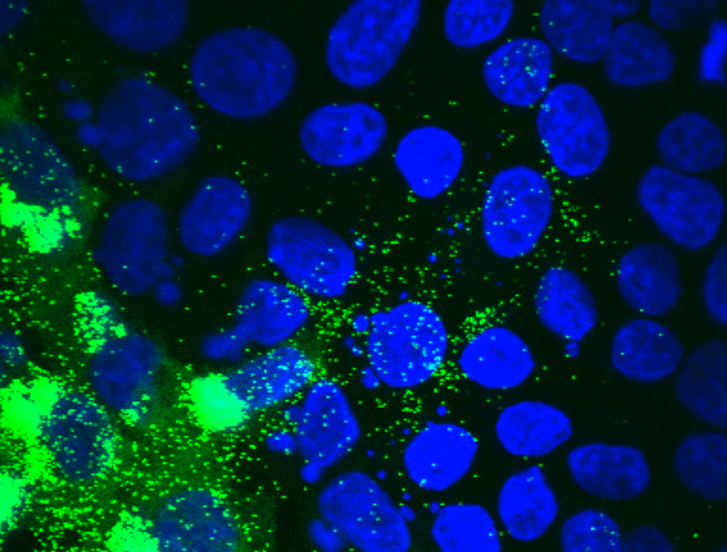 Geoffrey L. Smith is Professor of Pathology and a Wellcome Trust Principal Research Fellow at the University of Cambridge. He obtained his PhD (1981) for work with influenza virus at NIMR, London. Then as a postdoc at NIH, USA (1981 – 1984), he developed vaccinia virus (the smallpox vaccine) as an expression vector and established the use of genetically engineered viruses as live vaccines. He continued working with poxviruses after returning to UK at Cambridge (1985 – 1989), Oxford (1989 – 2000), Imperial College London (2000 – 2011) and now as Head of the Department of Pathology in Cambridge. His research studies the interactions of poxviruses with the host cell and immune system.

He has several roles promoting microbiology and advising on science policy. Currently, he is President of the International Union of Microbiological Societies, Chairman of the WHO Advisory Committee for Variola Virus (smallpox) Research, Chairman of the Royal Society Committee for Scientific Aspects of International Security, a member of the Royal Society Science Policy Advisory Group, and a Governor of the Lister Institute of Preventive Medicine. He was elected a Fellow of the Academy of Medical Sciences and the Institute of Biology (2002) and a Fellow of the Royal Society (2003). He was awarded the Feldberg Foundation Prize in Medical and Biological Science (2005) and elected a Founding Member of the European Academy of Microbiology (2008) and a member of the German National Academy of Sciences (Leopoldina) (2011). In 2012 he received the GlaxoSmithKline / American Society for Microbiology International Member of the Year Award.