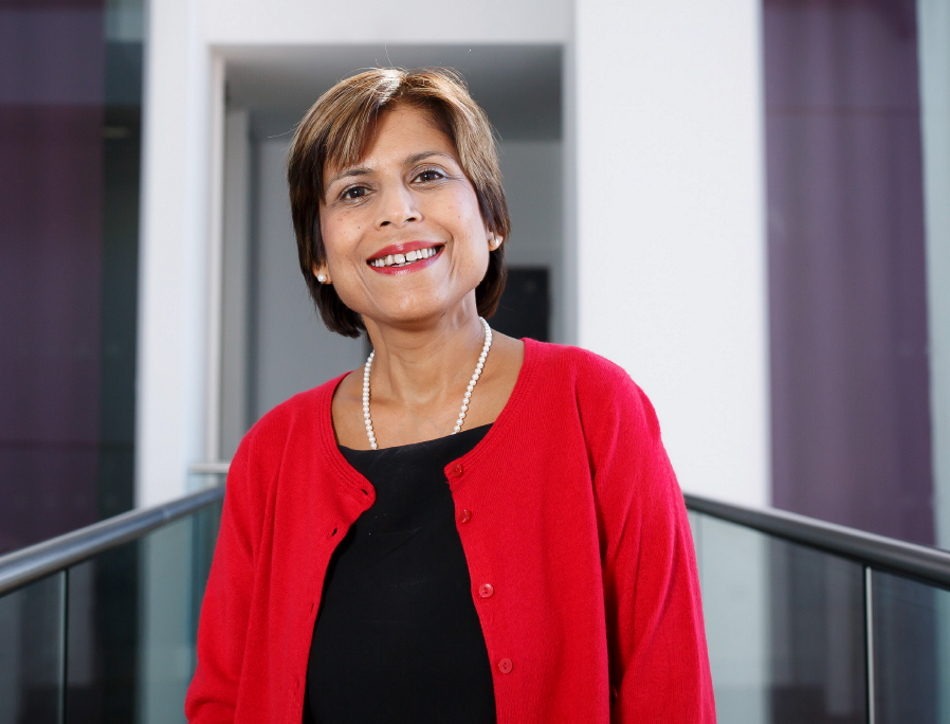 With her two sons having grown up, Anita Thapar feels – at 58 – like she’s in an exciting new phase in her career.

“I think some of my colleagues think about this time in life being the beginning of the end of their career. I just don’t feel like that. Now I can do things in a way that I couldn’t before. It’s a whole new chapter.”

For Anita, the greatest change has been the ability to say yes to attending international meetings and to giving talks abroad without worrying about time away from the children. Having avoided going to conferences when the children were young, she’s relishing the chance to present her developmental research on ADHD and depression in children and adolescents, and to meet collaborators.

“As my youngest was finishing school I realised that I could start saying yes to things. It’s been a really big thing, and I think it’s altered the quality of my relationships with international collaborators and colleagues in my research field.”

Adapting to the situation

Anita had her first child part way through her PhD – having first practised as a paediatric psychiatrist – so she avoided travel as much as possible from the outset of her research career. Instead, she focused on other outputs.

“My approach was to spend time doing things that were in my hands, rather than getting frustrated by the things I couldn’t do. I could write papers from home, so my scientific output and training others were the outcomes I focused on.”

After the birth of each of her sons, Anita took full maternity leave and then worked part-time for at least a year before resuming full-time positions. She and her husband took equal responsibility for parenting, as well as using whatever mix of childcare worked for them at the time.

“We used every type of childcare depending on their ages and where we were living: childminders and nurseries when the boys were little, then after-school club and a part-time after-school nanny. Then, when we moved back to my home city of Cardiff and they were old enough, they would get off the school bus at a stop near to their grandparents’ house and go there after school. I had a lot of help, and when I was part-time I got really good at focusing and working quickly in my hours.”

Making the most of time

As well as maximising her productivity during worktime, Anita was also good at maximising the fun outside of work.

“I got as much support as possible – with childcare, cleaning, ironing – so that the time I spent with my children was actually spent doing nice things. I have had clear boundaries about work, I’d never look at my computer at the weekends or on holiday. The nice thing about academia is it’s quite flexible, and wherever flexibility was possible, I used it. I would often take a big chunk of time off in August to do fun things with the children.”

In 2000, Anita became Professor and lead of Child and Adolescent Psychiatry at Cardiff University. She has been proud to be part of the growth of this discipline at the university, as much as in her personal achievements along the way, for which she also gives credit to those around her.

“I have had some really great mentors who have helped me a lot by understanding family demands and the need for work flexibility and putting me forward for prizes and recognition – a personal highlight was being asked to edit the pre-eminent textbook in my field. But what really makes me happy is seeing students and junior scientists that I once trained now in positions of responsibility, winning big research grants.”

So, as a committed mentor herself, what advice would Anita give to those embarking on the juggle of family and work life?

“Take the long-term view. You might not be doing things at the same pace as others around you, but set your own timetable, be smart about what you do, and think about the end goal. Enjoy your children because they grow up before you know it. Get to know what you’re comfortable with. I wasn’t comfortable with travel, so I focused elsewhere.

“For me ’teamness’ is also key, especially to new parents. I really encourage people to make horizontal links and get support from each other. I think it reduces the stress on individuals, and there’s someone else to pick things up if your child needs more of you. I think I would have got a lot out of that approach when I was younger, but it was different then.”