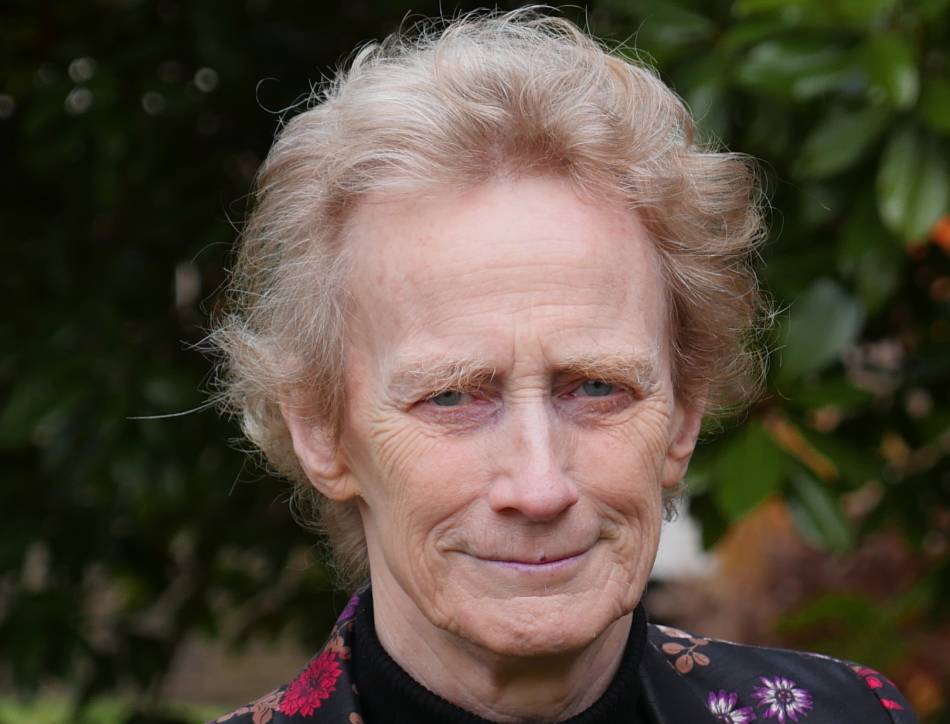 Master of Churchill College, Cambridge, Dame Athene Donald is now retired from a highly decorated career in soft matter physics. In research, Athene was a pioneer in studies of the structure and mechanical properties of polymers, including those of biological origin. Beyond research, she has modelled a progressive approach to family life and gender equality.

Having met and married her mathematician husband during her PhD in 1976, the couple enjoyed transatlantic postings at Cornell University, before settling back in the UK in Cambridge in 1981. By 1988, they’d had two children who attended a nursery three days each week. Athene and her husband organised their schedules to split the childcare 50:50 for the rest of the time until, when circumstances changed, a new approach was needed.

“I hadn’t set out to be a career academic, but I was the one who managed to get permanent employment before our children were born. So when my husband’s research funding dried up – before our youngest started school – it became logical for him to become the primary carer.

“I think he feels proud with hindsight that he played that role and facilitated my career, but at the time it was incredibly hard. He didn’t fit in at the school gate, at parties he felt he had no formal professional standing, and – as many women know – it comes to a point where it’s impossible to get back onto the career ladder. It was very painful and of course I felt guilty. His career break lasted around 25 years, until we came to Churchill in 2014 and he went back to supervising undergraduate maths, which has been wonderful. He wouldn’t have ever thought to apply for it, but of course he is highly qualified.”

“It’s really important that you don’t see children as the women’s responsibility; it’s a family responsibility and you should have that conversation really early on. There is more of an expectation that the father will take a substantial role now, but it’s a cultural change we haven’t fully got right yet.”

Wider society may still be catching up, but Athene’s children have certainly been influenced by the example set by their parents.

“Unlike me, my daughter consciously set out to keep her career going after children. Her husband is the one who works part-time and is very happy to do it.”

Rising through the academic hierarchy, Athene became a professor in 1998 and a Fellow of the Royal Society in 1999. She took on significant committee work, but often felt she was ineffective at getting her voice heard in male-dominated organisations. It was when a report called A Study on the Status of Women Faculty in Science at MIT was published in 1999 that Athene was galvanised to take a stand.

“The study revealed that every woman in the faculty at MIT felt as if they weren’t quite as good or successful as their male colleagues and that it must be their fault. But they realised it was systemic: the amount of lab space given to them was less, their voices were not being heard. I was already senior, I was a Professor and an FRS and I thought ‘Oh my goodness, it’s not me being incompetent at committees’, there is this discomfort about women in decision-making structures and I felt I was being disadvantaged of my gender.’

“As a young researcher I was judged on my science, but when I became a potential player in organisational strategy, that’s when I really noticed it. In Royal Society committees I didn’t get that sensation, and I was really conscious of that distinction. It’s why I’ve always felt enormously fond of the Royal Society.”

In 2010 Athene became the first Gender Equality Champion at the University of Cambridge, giving her a strong platform to influence change.

No plans to relax

Athene retired from her professorship in 2020, but remains as Master of Churchill College, which is a ten-year position. The demands of seeing the college through the COVID-19 pandemic, combined with Athene’s inability to switch off, means that she doesn’t tend to take much time for herself.

“It has been very stressful during the pandemic, but the nice thing about being Master of a college is that there are many different kinds of work, and I still do a lot of work with the Royal Society, which I really value. I’m not very good at making time for myself, and there is always background reading to do. The thought of retirement appals me, there’s far too much of my identity tied up in all this. I don’t want to spend my life gardening or baking cakes!”