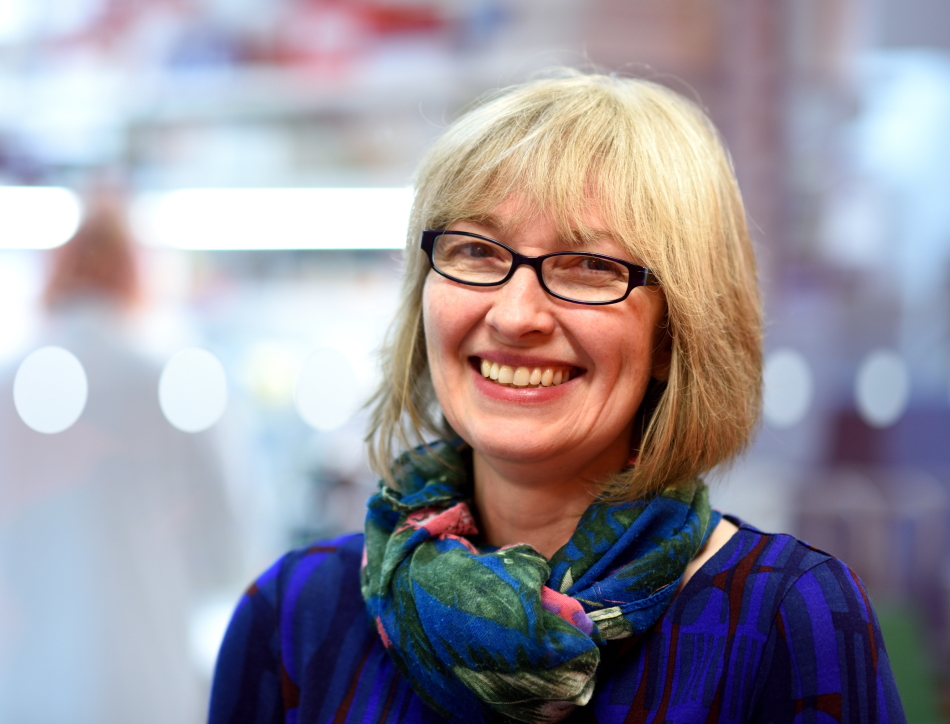 Claire Grierson, a plant molecular cell biologist at University of Bristol, describes herself as “not very suited to unpredictability”. It’s one of the reasons she pursued a career in science; the clear career structure and progression appealed. Yet unpredictability has been a core feature of Claire’s life and career, since her husband’s serious illness changed everything.

“I’d thought I would have liked to work part-time to have more time with the kids when they were little, but I was nervous about it. I was worried about my pension and income. And no one really did it at that time – in fact people told me it was impossible.

Childcare shifted too, with Claire’s husband being the parent that the children saw more during the week. However, he needed help, and someone to be there if his health took a turn for the worse.

“We got to the point where he couldn’t pick the children up and cover the time until I got back. We advertised for someone to help with housework and children, who could help him enjoy family life when I couldn’t be there. We rejected quite a few applicants before we found the right person, who our children now see as an extra aunt. We would never have managed without her.”

Claire’s husband’s condition can deteriorate quickly, and it’s not uncommon to need to rush him to hospital. The flexibility that academic life often allows was therefore vital for Claire as a carer.

“The version of the job I had when the children were young meant that I could reschedule everything. The university even allowed me to reschedule teaching in an emergency. The flexibility was phenomenally helpful. I’ve done an awful lot of work while sitting in hospital.”

In research, Claire works in collaboration with biophysicists, engineers and computer scientists – among others – on topics as diverse as soil cohesion, genetic control in bacteria and computer design of cells. Beyond research, she has been strategic in her career choices, ensuring she can progress in a way that works with her family circumstances.  In 2018, she became Head of the School of Biological Sciences. The role enables her to take on a lot of extra responsibility, without having to travel.

“I can do it locally and I have a PA, which I’ve never had before. It’s been very helpful. She organises my diary with me, and triages a lot of my inbox. It saves me a lot of time. I also got some funding to support my research activities, which I used to employ a right-hand person to look after one of my research teams day-to-day.”

Pressure from the pandemic

As her husband is clinically extremely vulnerable, the COVID-19 pandemic was an enormous threat. Her husband’s consultants advised that he should isolate completely during the first peak of infections.

“We were all living in a rental while we fixed our house up, so we decided to move him back there. My boss gave me two weeks off work and I beavered away with my daughter and her boyfriend to shut off the bits of the house that weren’t great, and sort the place out.

“My husband moved in July 2020. We couldn’t have a carer or cleaner coming in so I’ve been running two homes as best I can; cleaning, cooking, washing, and fighting hard to try and keep him stable. The children have been amazing, they’ve taken on lots of housework themselves, but it’s been tough.”

With such extraordinary pressures and responsibilities at home and at work, Claire is particularly well placed to deliver advice on effective time and stress management.

“You’ve got to develop skills that allow you to pick work up and quickly get into a really deep workflow, and then be able to put it down and let it go. The technique I use is mindfulness. When I first started doing it, the first few months was a pretty intense journey of learning how to do it well. Now it’s like riding a bike, it’s just there. It brings that sense of calm when you need it – any time when something has come in and jangled you up, you can pause and let go of it.”