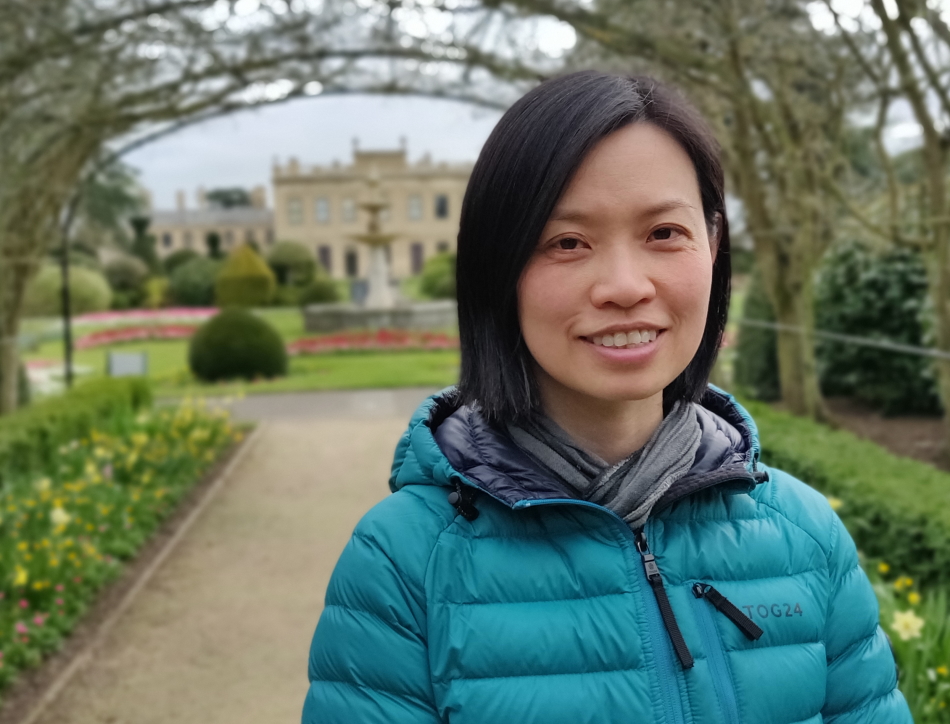 Jo Shien Ng moved from Malaysia to the UK in 1997 to complete her degree in electronic engineering. She has risen through the ranks to become Professor of Semiconductor Devices at University of Sheffield despite, she says, self-doubt that nearly prevented her pursuing a research career.

“In the last year of my degree at the University of Sheffield the possibility of pursuing a PhD in electronic engineering came up. I was genuinely doubtful of my ability to complete a PhD degree – surely PhDs are for people much cleverer than I am? I asked my final year project supervisor for his frank assessment on my ability on more than one occasion. He confidently replied that I could do it. Without his patience and confidence in me, I would not have started a PhD degree or got the funding for it at all.”

The challenge of parenting

Jo Shien and her husband – who works in the same department – have juggled their parallel careers with parenting two children. Jo Shien admits that it was only after their first child was born that they realised the size of the challenge in having two fulfilling careers and an enjoyable family life.

“As immigrants to the UK, with no family to help us, and as one of few women in my department, we just had to work it ourselves. It feels much easier now the children have got older; now there’s a reduced demand in physical care, they’re more independent and they can entertain each other. I’m not a baby person, and I find it more enjoyable now, we can have quite interesting conversations and you realise you’re actually planting seeds as a positive role model.”

But while the demands of parenting have eased, changes in the couple’s working life have added pressure in recent years. In 2019, Jo Shien’s husband was promoted to Head of Department, and she says that while they anticipated the impact of this, it has been difficult.

“His role is now much more demanding, and this not only adds to my load at home, but – because we work on the same projects – it also added to my load at work. We knew it would happen, but it felt like a bit of shock. I now do more of the physical parenting, such as the school runs, as well as basically being a PA for the children! My husband tries to be as efficient as he can be, but he has to work longer hours and his role is very mentally draining.”

Adding to these demands, in 2019 the couple joined with colleagues to launch a spin-out company developing high performance infrared sensors. This has required Jo Shien to get to grips with new areas such as contracts and finance.

Despite these significant pressures, Jo Shien has maintained the strict rules she set herself to avoid become overwhelmed by work.

“Flexible hours don’t work for me – I have to restrict working to set hours in the day and maintain that clear separation. I never check work emails on my phone, I think if I did, I wouldn’t cope for long. I force myself to switch off as much as I can. My husband and I also try to limit work conversations at home, though that’s difficult, especially when we’re working from home.”

Jo Shien recognises that she’s had to make compromises in her working life for the benefit of the children. However, she feels that the balance she can achieve in the UK would be impossible in her native Malaysia.

“The societal expectation in the UK is that a father’s role is hands-on. There’s been hugely positive progress here, but that hasn’t happened yet in South East Asia. Also, the working culture – at least in my department – is different. We’re outcome-focused and quite flexible; if you do the job well there’s no pressure to put in 10 or 12 hour days. We chose to stay in the UK because we believed we could have satisfying careers as well as a happy family life, and that’s been true.”

So, having had to work it out for herself, what advice would she give to other academics that want to start a family?

“I didn’t have role models in the same situation, but I think it would help to seek out people who’ve been through it recently, and in similar circumstances. It’s no use looking at someone who is surrounded by family if you don’t have anyone nearby. Keep an open mindset and be happy to adapt. That’s what helped us, and I think it’s what we do naturally as engineers, and as immigrants.”