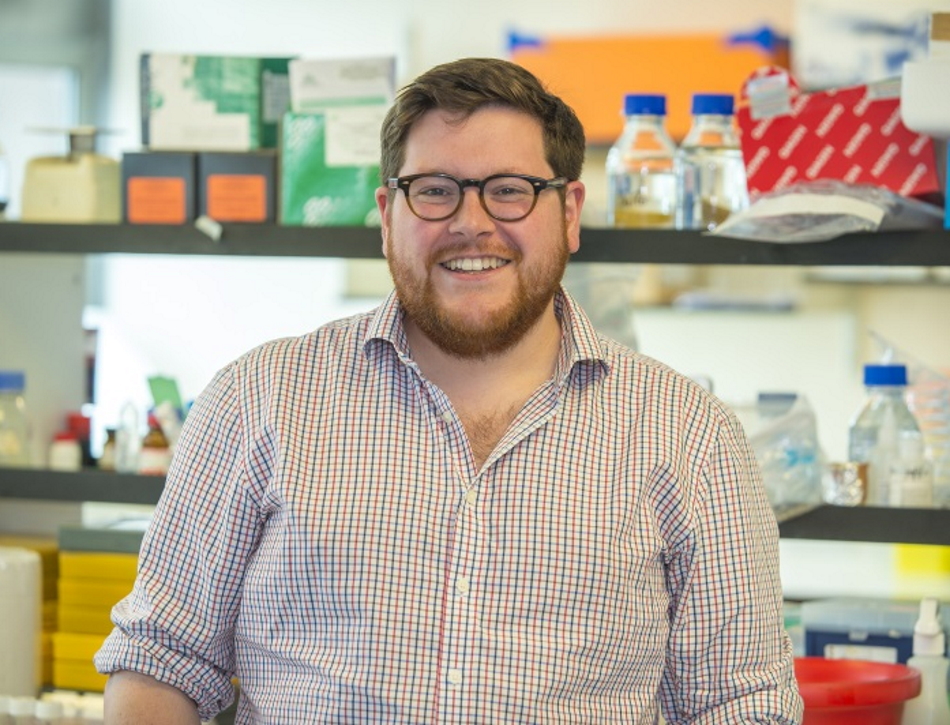 In 2015, Luke Boulter – a molecular biologist at the University of Edinburgh – and his husband adopted two children: siblings aged four and six. Luke says it’s something you can never fully prepare for.

“It was a big change. Even though you go through the adoption process and you’re made to think about so much, there were lots of things we didn’t consider - just the complexity of children, and always having to think about someone else. It’s not always been straightforward, but it’s been a joy. I can’t imagine life before them. It’s exhausting, but a good exhausting.”

Luke has also enjoyed how his family situation has forced him to strike more of a balance between work and homelife.

“What I found was that, whereas previously I would just stay that extra hour or two at the end of the day, I rather like not being able to – I would rather be home for supper and story time. The children have helped me to redress that balance.”

As they prepared to adopt, the couple agreed that Luke’s husband’s career – teaching – had better structures in place to accommodate parental and adoption leave. Inevitably though, Luke’s work also took a backseat initially.

“We decided he would take the bulk of the early leave. I wasn’t very established and there was anxiety on my part that it would affect my career disproportionately. But for the first couple of years, if my husband called me not knowing what to do, I would drop everything and go home. Once the kids had found their feet and were feeling a bit more stable, then I was able to let work take more of a focus again.”

Since then, the share of daily responsibilities has had to change due to his husband’s extraordinary new job.

“In 2019, my husband became housemaster at a boarding school, so now we all live in a boarding house with 60 teenage boys. It’s wild and weird and great fun. Since that move, the parenting has become more balanced – it’s not so skewed towards him. He has a lot of commitments in the evening, so I finish at five and go and get the kids from school and we have a nice evening together.”

Living at his husband’s workplace – combined with the COVID-19 lockdowns – means it’s become harder for the couple to avoid bringing work home.

“We had a policy: when we’re at home we’re at home and we don’t work. It was a nice delineation and I think the kids found a lot of comfort in that. That’s become a bit blurred, but we make sure we have time to spend as a family. Sundays are precious – it’s just us and nobody else gets a look in. It’s our restorative day.”

It’s vital, Luke advises, to protect this quality time and find people that will help you to strike the work/life balance.

“Make sure you give yourself the time to be with your kids and enjoy your family. I know it’s a cliché, but they grow up so fast. At work, find really good mentors and people that appreciate your family situation. Academia can be very lonely, so finding your clan is important, and good mentors will prop you up when you need support.”

In 2020, Luke gained a Cancer Research UK Career Development Fellowship. It’s allowed him to expand his team and ask really fundamental questions in his research into why people develop liver cancer and other liver diseases.

Alongside the quality of his research group, who he describes as “a big credit to me”, he says that a career highlight was winning the Patrick Neill Medal from the Royal Society of Edinburgh.

“That was pretty awesome because it wasn’t just for my work, but also for being inclusive and being out and proud as an LGBT scientist.”

These successes have come despite the pressure Luke felt in the past to relocate for the benefit of his career. It’s an aspect of the scientific establishment that he says he struggles to see as compatible with having a young family.

“I’ve had terrific pressure to up sticks and leave to improve my career, and actually I’m very glad I resisted. I’ve got a good career now and I’ve got roots and support networks around me that I wouldn’t have had. Before, we thought we would see the kids through school and then move. But actually I feel having kids has really grounded me in Edinburgh – it’s their home as well as mine. I now feel much more rooted to where I am.”