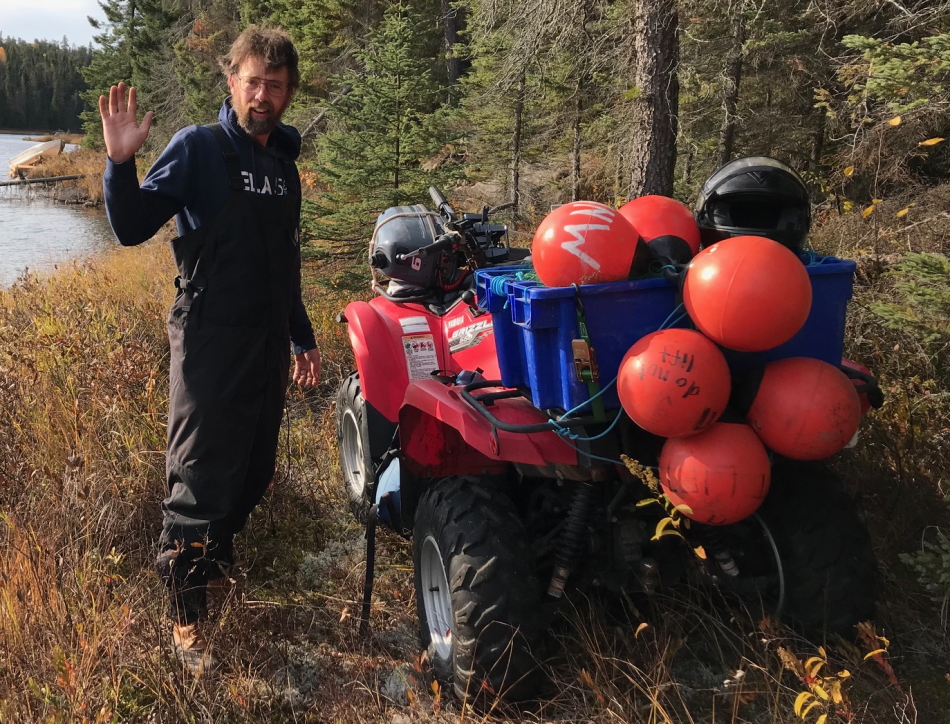 Evolutionary geneticist Michael Morrissey says he was destined for a career in biology. Aged four, he began a seed collection, taping seeds to index cards, annotated with information about each specimen.

“Any objective observer would have realised that I was clearly heading towards being a biologist. It was pretty innate, but of course I didn’t see it myself. I spent most of my time at high school thinking I would be an orchestral musician.”

Having found his path, Michael completed his undergraduate degree and PhD in his native Canada, before using Canada’s post-doc fellowship scheme – which strongly encourages travel – to work in Scotland.

“The University of Edinburgh was the centre of the universe in my field. I’d started to build up collaborations there during my PhD, so it made sense to use my fellowship to join them.”

His move to Edinburgh came three years after his wife suffered two serious strokes. By then she was largely recovered, physically, but has had to cope with fatigue and sensory overload ever since. Together, they have adapted their lives to minimise stress and provide her with extra support when it’s needed.

“I now work at University of St Andrews, which means we can live in quite an isolated rural location that – unless I get stuck behind a farm vehicle – is only a five-minute drive from work. We always get food deliveries now, because going into supermarkets is just too much for my wife.”

Michael says that his Royal Society University Research Fellowship has been hugely helpful in keeping his working life manageable and flexible.

“It’s been super positive. It allows you to have much more of a focus on research over teaching, which can often be undertaken much more flexibly. Additionally, the School of Biology has been really supportive. When I’ve had to discuss the possibility of going part-time – for example, once when my wife was recovering from surgery – they’re very much ‘do what you have to do’.”

When the couple’s son was three years old, they took advantage of Scotland’s universal childcare scheme.

“That was a big deal for us, then school came around which also takes the pressure off. I have such a short commute to the university that I can see him off to school – they provide transport for the children who live outside the town – and still make a 9am lecture. Then I make sure to be back home for tea at 6pm.”

Much of Michael’s research centres around a long-running study of Soay sheep on St Kilda – a remote archipelago in the North Atlantic. In recent years, the family have found a neat solution to support his wife while he makes his annual five-week field trip to the study.

“My in-laws retired fairly young in Canada and, since 2014, my wife’s father has flown over to stay while I’m away. We’ve used the university’s caring fund to pay for his flights a few times – the expenditure allowance of £500 happens to be about what the fights have cost. It’s been brilliant. I don’t go away as much as I might – I generally don’t go to conferences – but I think it’s very important to be first-hand in the data collection. It makes a big difference in these complicated datasets from free range animals.”

His wife’s medical history has meant she’s not been able to work much since Michael’s PhD. Having felt the responsibility of being the sole breadwinner in a career where funding can be uncertain, Michael has this advice for others.

“Being turned down for a grant or fellowship can hit you really hard, and a lot of people drop out along the way. But everybody has those moments, and those individual disappointments are not as consequential as they feel at the time. You need to pick yourself up and keep going.”