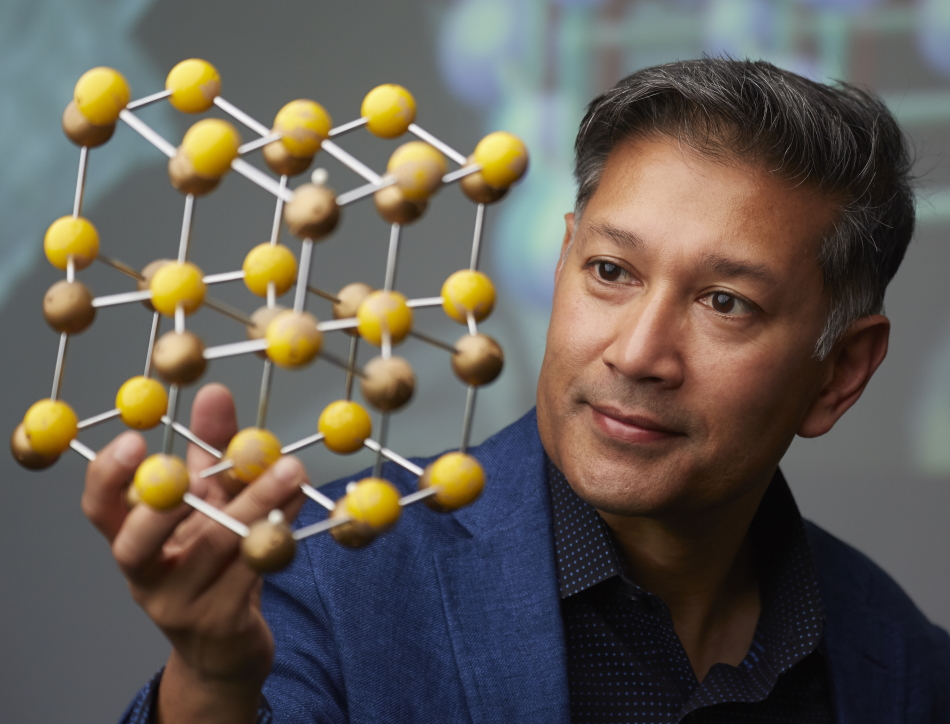 Saiful Islam is a chemist who uses advanced computer modelling techniques to help understand fundamental atomistic processes in new materials for clean energy applications, particularly lithium batteries for electric vehicles and next generation perovskite solar cells. He believes life as an academic researcher can fit in well with family life.

"What has been nice is that with my flexibility I could drop our two children off and pick them up from nursery and school when they were young. I was definitely in the minority of dads in the playground, but I loved walking them to school holding hands. I miss that, and reading them bedtime stories."

Working slightly shorter hours to accommodate the school run meant Saiful would usually do an hour of emails or admin after the children went to bed. However, he says he was largely able to manage his workload by changing the way he worked in the day, and it’s this skill that he says is crucial when becoming a working parent.

"Having a family has made me much more time-efficient, much more focused when I’m at work carrying out research or teaching. Make lists, or whatever works for you, and block out time for yourself to get papers or grant proposals done. For instance, I try not to have meetings in the mornings."

The flexibility to be there

Now that Saiful's children are older, he doesn’t need to accommodate the school run into his day. However, he was again grateful for the flexibility in his job, which allowed him to support them during the COVID-19 lockdown in 2020, when his wife – who is a GP – was under huge pressure.

"Our children were due to take their GCSEs and A levels that year, and there was so much uncertainty. It was a tough time for them, and the flexibility I have meant I could work from home and be around when they needed me."

Having established his career before having children in his late 30s, Saiful says he felt more able to limit his travel to conferences even when invited.

"Being away at overseas conferences can be hard, but I’m able to say no to some invitations to give talks, which is harder to do at early stages of your career. I sometimes show my wife a list of exotic conferences I have declined, although she replies, 'Can I go instead?'

Then, in spring 2016, an unexpected invitation temporarily rocked their balance.

"Out of the blue, I got an email inviting me to present the 2016 Royal Institution Christmas Lectures for the BBC. Our children were very excited, but my wife’s face dropped because she knew she would become a 'Christmas Lecturer widow'.

"Initially I declined – I realised it would have an impact on her and on my research which was going very well – but the TV producer said that I would regret turning it down for the rest of my life. How could I refuse?! It’s been one of the highlights of my career, but it was also one of the most stressful things I have ever done. I felt privileged to follow science greats like David Attenborough and Carl Sagan, two of the TV presenters who inspired me as a teen. I didn’t want to let anyone down, and at the same time it was putting extra parenting pressure on my wife – particularly because I moved to London for the month before the recordings."

This high-profile gig led to a few book and TV offers, but Saiful’s passion remains in his research. In 2020, he was proud to receive the American Chemical Society (ACS) Henry H. Storch Award in Energy Chemistry, which included a special one-day symposium in his name at the 2020 ACS Annual Conference. In 2022, he will move from the University of Bath to University of Oxford, as Professor of Materials Modelling. It’s a step that will allow closer links with research collaborators, but one that he hopes won’t compromise the flexibility he treasures, even now his children are older.

"I will have labs and an office in Oxford, but the COVID-19 pandemic has made us realise we can meet colleagues online, although I do miss seeing my research group for spontaneous discussions over coffee. I think there’s going to be greater flexibility on where we physically work following the lessons we’ve all learned."