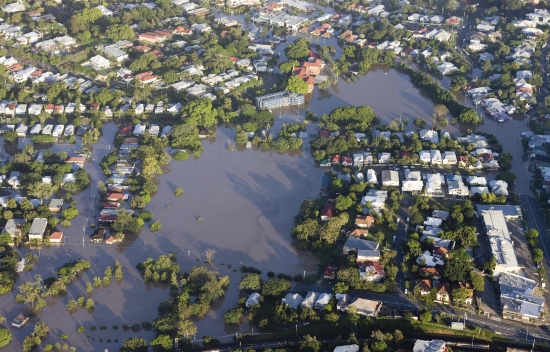 It is a critical time for the state of the planet and human wellbeing.

The number of people living on the planet has never been higher, their levels of consumption are growing and changes are taking place in the environment.

Science can help us to understand these trends, what drives them, and how they might affect us in the future. Science can also uncover and develop solutions, from reducing our impact on the environment to making societies more resilient to changes.

Changes in the environment and climate

Human emissions over the last two centuries have altered the composition of the Earth’s atmosphere. As a result, more of the Sun’s heat is retained, warming the ocean and the atmosphere. Global mean surface temperature is now about 1°C higher than the late 19th century and is expected to increase further in the future, with the trajectory dependent on human activity on emissions.

Our report Climate updates describes the current understanding of the science of climate change, and some of its impacts on the planet and society. Our short guide to climate science answers key questions about climate change.

Climate change is likely to affect the frequency and severity of extreme weather events such as floods, droughts and heatwaves. Our report Resilience to extreme weather shows how and where these might change, analyses options which can protect communities from these hazards and recommends policy changes to build broad resilience.

In 2018, the Royal Society, together with 21 other national academies and societies of science from around the Commonwealth, launched a Consensus Statement on Climate Change. The statement, which represents the consensus views of tens of thousands of scientists, marks the first time Commonwealth nations have come together to urge their governments to take further action to achieve net-zero greenhouse gases emissions during the second half of the 21st century.

Industrial development has been founded on cheap and abundant energy from burning fossil fuels. The consequent release of greenhouse gas emissions into the atmosphere has led to measurable changes to Earth’s climate.

There is no single solution to sustainably and affordably meeting the world’s energy requirements in the next century. Instead a diverse range of low carbon energy technologies such as nuclear, wind, marine, solar and carbon capture and storage will be needed.

We are currently carrying out a major policy programme on low carbon energy. The programme consists of several short projects, each focused on a particular priority area of low carbon science and technology. Policy briefings have been published exploring the potential for using rather than storing carbon dioxide and the options for producing low carbon hydrogen at scale. An energy storage workshop identified opportunities for the UK’s world class research base to play a leading role in battery energy storage. Further policy briefings will be created on low carbon energy.

In 2017, the Royal Society and the US National Academy of Sciences jointly ran a forum, supported by the Sackler Foundation, on dealing with carbon dioxide at scale. This Forum looked in depth at the potential to use carbon dioxide as a commodity in industry and examined the role of agriculture and forestry in the sequestration of carbon dioxide.

In addition, the Royal Society and the Royal Academy of Engineering are reviewing the latest scientific research on shale gas extraction since the publication of the 2012 review. We expect to comment early in 2019.

The ocean provides humanity with many resources and is an important source of food, transport, energy, and recreation. However, it remains famously under-explored (only 10-15% of ocean has been mapped at even 100m resolution). Scientific and technological progress allows us to expand our knowledge on new classes of resources.

Our evidence pack on Future oceans resources explores the opportunities, challenges and risks involved in the exploitation of two novel classes of ocean resources for social and economic benefits: minerals from mining on the deep-ocean floor, and novel chemicals – particularly drugs – derived from the genetic diversity of marine life.

The Royal Society’s Living Landscapes policy programme aims to inform a long-term vision for how the UK manages its land in a way that combines agricultural productivity with sound environmental stewardship.

The programme will explore what science and technology have to contribute, and what peoples' priorities for the land are.