Jon Bushell follows the pioneering years of the development of radar in the archives of the Royal Society.

The committee might have been disappointed that they weren’t going to get their death ray, but the prospect of being able to track enemy aircraft certainly excited them, and so Watson-Watt and Wilkins set off to Daventry in Northamptonshire to test the idea.

You may have missed the recent anniversary of the Daventry Experiment, the first successful test of radar technology in the UK. This prompted me to have a scan through our catalogue to see what I could discover about the early days of radar development. Quite a lot, as it turns out! 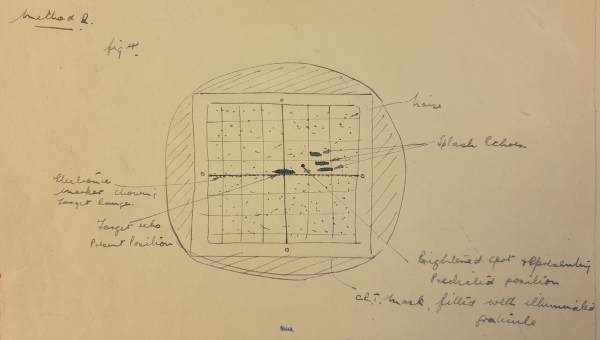 First, a bit of context. On 26 February 1935, Robert Watson-Watt (elected a Fellow of the Royal Society in 1941) and Arnold Wilkins carried out an experiment to prove that radio waves could be used to determine the location and movement of aircraft.

Their breakthrough came as the result of a task set for the pair by the Air Ministry’s Committee for the Scientific Survey of Air Defence (CSSAD). This had been established in 1934 to investigate the UK’s anti-aircraft defences, and was more commonly known as the Tizard Committee after chairman Sir Henry Tizard FRS. It was concern over Germany’s rumoured capabilities that led the committee to ask Watson-Watt and Wilkins for help.

Reports coming out of Germany at this time suggested that their scientists had developed a brand-new type of deadly weapon that used high-powered radio waves. Despite sounding like something out of a science fiction novel, the Tizard Committee genuinely asked Watson-Watt and Wilkins to assess ‘the practicability of proposals of the type colloquially called ‘death-ray’, that is, proposals for producing structural damage or functional derangement in enemy aircraft or their crews’. 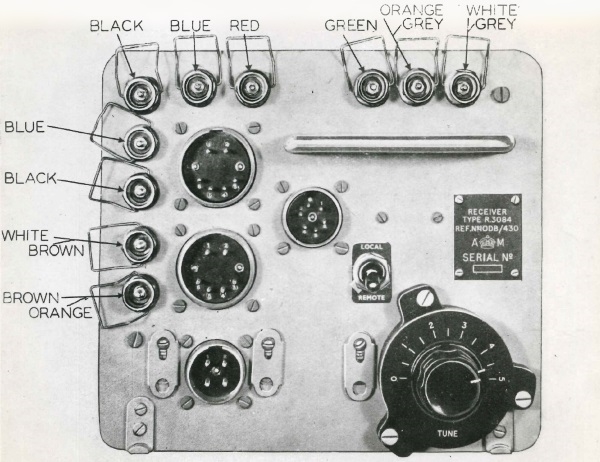 The pair quickly calculated that it would require an impossibly large amount of energy to create radio waves strong enough to use as a weapon, but their work gave Wilkins an idea. Rather than bombarding enemy aircraft with radio waves in the vague hope of liquefying the pilot’s brains, he instead proposed using the signals as a way to detect enemy aircraft.

The committee might have been disappointed that they weren’t going to get their death ray, but the prospect of being able to track enemy aircraft certainly excited them, and so Watson-Watt and Wilkins set off to Daventry in Northamptonshire to test the idea. Using one of the BBC broadcast stations in the area, they were able to successfully detect the station’s signal being deflected off the Handley Page Heyford bomber which the RAF had loaned them for the test. 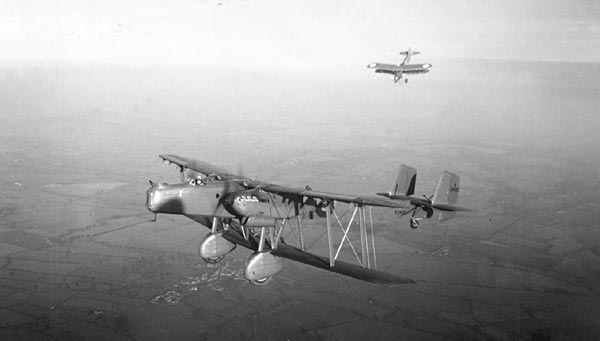 By observing changes in the signal strength they were receiving, they were able to track the plane for several miles and prove that their theory was sound. Once the Daventry Experiment had demonstrated that detecting aircraft in this manner was possible, the Tizard Committee established the Telecommunications Research Establishment (TRE) to conduct further research into this breakthrough.

Watson-Watt and Wilkins continued their research into radar at Orford Ness and Bawdsey in Suffolk, and their work led to the development of Chain Home. This was a network of early warning radar stations based along the coast from Scotland to Cornwall, which played a crucial role in enabling RAF fighters to track and engage enemy aircraft during the Battle of Britain. 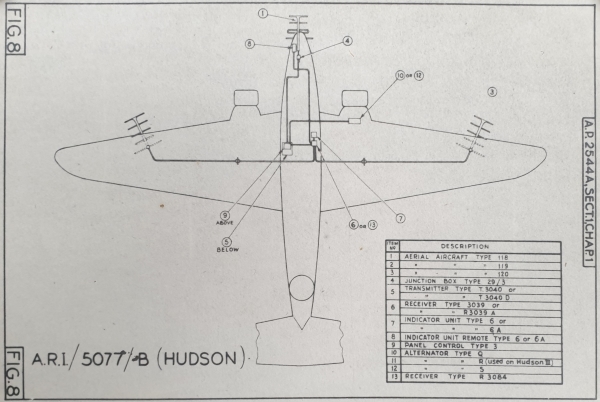 Robert Hanbury Brown was one of numerous scientists recruited to work for the TRE on the Chain Home project. Once war broke out in 1939, Hanbury Brown worked as part of the team developing Air-to-Surface Vessel radar technology. This was among the first radar designs light enough to be mounted directly onto aircraft, with the intention of helping pilots detect German ships and U-boats at long range.

Another scientist who was heavily involved with on-board radar research during the war was Bernard Lovell, later involved with the establishment of Jodrell Bank. Lovell was a member of the cosmic ray research team headed by Patrick Blackett at Manchester University prior to the war, and in September 1939 Blackett recommended his services to the TRE in a letter to Wilfrid Bennett Lewis at the Air Ministry:

Lovell was posted to Dundee to work on development of Airborne Interception radar, which became the first fully operational air-to-air radar system. His diaries, which we hold in our collections, offer an incredibly detailed and personal look into his life and work during the war.

While I could happily spend all day reading through Lovell’s wartime diary (and please do visit the Library if you’d like to do just that!), Blackett’s own papers shed further light on radar developments during the early stages of the war. Blackett was one of the original members of the Tizard Committee, and was appointed as the scientific advisor for Anti-Aircraft Command in August 1940. In order to improve the capabilities of anti-aircraft guns at night, the technology used in Chain Home was adapted to create gun-laying radar. In a report from November 1940, Blackett gave his opinion on the technology’s deployment over that autumn:

The results of these first years of radar research formed part of the cache of technical secrets which was taken to the United States in September 1940. Officially known as the British Technical and Scientific Mission, the aim was to share details of important war-related scientific breakthroughs with American scientists in order to secure their assistance with the war effort. As this mission was the brain-child of Sir Henry Tizard, it naturally became known as the Tizard Mission (the man’s name gets everywhere!)

Developments in radar technology continued throughout the war, and the TRE went on to exist in various forms through the rest of the twentieth century, though it merged with several other organisations during that time. Our own collections contain plenty of later radar material as well, such as a report by John Hugh Westcott into the development of radar guidance for England’s coastal artillery batteries in the latter stages of the war (MS/858). So if this has piqued your interest, please do have a search through our collections and see what else you can find, preferably using our online catalogue rather than firing radio waves at us.