Keith Moore dives into the stories of swimming Royal Society Fellows, from Lords Byron and Rutherford to Sir James Lighthill, the first person ever to swim around the island of Sark.

As a twenty-five year old, the future President of the Royal Society managed to scandalize the landladies and police officers of Lowestoft by bathing nude each morning with friends.

My summer reading has included Charles Sprawson’s wonderfully engaging book on immersive history Haunts of the black masseur. Now what public pool Leander could resist the subtitle The swimmer as hero? Not this one… 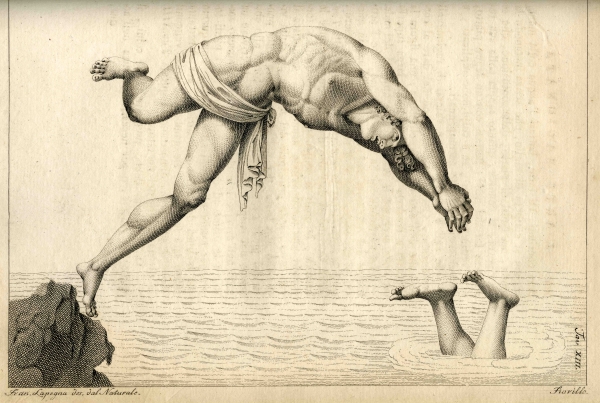 Part cultural history, part love letter to inhabitants of the fourth element, Sprawson’s book is full of characters whose lives were governed by chasing a Greek or Roman ideal of swimming as rapture. Naturally, many were classicists and poets, some with hair-raising feats of athleticism to their credit. But where were the scientists, I wondered? After a nod to Benjamin Franklin’s demonstrations of the swimmer’s art in the eighteenth century River Thames (surely the definition of courage triumphing over microbial count) there were no other scientists in the book. Could that be right I wondered? Any student of antiquity would know the story of Archimedes, his bath and his (yes, apocryphal) naked celebration of scientific discovery. In modern times, what about all those marine biologists and great explorers, or those physicians extolling the healing properties of bathing?

Of course, Sprawson’s book includes the most famous Aquaman-Fellow of the Royal Society in George Gordon, Lord Byron (1788-1824). Not a name you would associate with the Society, perhaps, but Fellows of that period were often aristocrats, and Byron was a fine poet, an excellent swimmer, and an even better storyteller. His crossing of the Hellespont (the Dardanelles in Turkey) became part of his personal mythology and he never tired of telling the tale. I would have to admit however, that Byron’s greatest contribution to science was in fathering Ada Lovelace (1815-1852) who was born five years afterwards. For my purposes, Byron doesn’t really count. 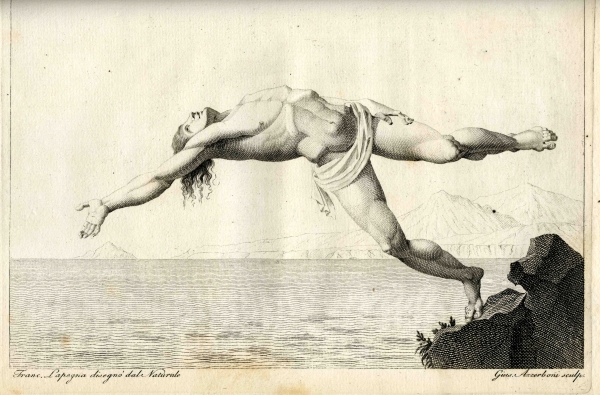 There is a famous photograph of the eminent physicist Ernest Rutherford (1871-1937) looking completely in his element, floating in the sea off the Dorset coast. The New Zealander swam throughout his life and as a twenty-five year old, the future President of the Royal Society managed to scandalize the landladies and police officers of Lowestoft by bathing nude each morning with friends. So far so classical, but despite chasing down quite a few top scientists who were known swimmers – from the crystallographer Rosalind Franklin (1920-1958), to the biologist Richard Southwood (1931-2005) – I had trouble finding a genuine water hero. But then (as they do) one surfaced.

Sir (Michael) James Lighthill FRS (1924-1998) was, a little like Archimedes, a mathematician and engineer, holding the Lucasian Chair of Mathematics in Cambridge: a successor to Isaac Newton and a predecessor of Stephen Hawking. He turned his expertise in fluid dynamics to several fields, from aeronautics to the motive habits of marine creatures. He swam as a child, but at the age of forty, he determined that he would become an adventurous outdoor swimmer, matching his calculations of currents and tides with his physical abilities. A ten kilometre per week training regime certainly helped.

At least once a year, Lighthill would undertake a big swim. His best known was the circumnavigation of the island of Sark, off the Normandy coast – he was the first person to complete the swim. Famously, automobiles are banned on Sark, but backstroking your way around the coast, something like nine or ten miles in open sea and currents, wouldn’t be most people’s alternative mode of transportation. Lighthill was a bit of an island specialist, however: he also rounded Alderney and Lundy; took in Stromboli while the volcano erupted; and in true Byronic style, swam across channels, notably Faial to Pico in the Azores and between St Mary’s and St Agnes in the Isles of Scilly.

Nine hours into his final swim on Sark, and amid high seas, Lighthill died, as many others have done in challenging waters – Matthew Webb (1848-1883) for example, the first man to swim the English Channel in 1875, was overcome in the swirling pools of the Niagara Rapids. A tragic end, but a life deserving of the kind of celebration that Sprawson brings to his tenacious surface swimmers, entranced by the beauty of the sea.