Turning a new page in the Charter Book

We present a digital version of what is arguably the Royal Society’s most important single historical document.

This digital edition uses Turning the Pages software, and gives you a unique opportunity to browse through what must be the world’s most amazing collection of scientific autographs.

This Friday, our newly-elected Fellows will be admitted to the Royal Society. To celebrate Admission Day 2019, we’re delighted to bring you a digital version of the very special book that sits at the heart of the ceremony.

The Charter Book is arguably the Society’s most important single historical document. The book was created in 1663 after King Charles II granted a second Royal Charter to the organisation, establishing the structure of the Royal Society. Since the first signature was entered on its pages on 9 January 1665, the fine vellum folio has recorded the signatures of new Fellows and Foreign Members as they were elected year by year, as well as those of Royal Patrons.

The volume is bound in crimson leather with gilt clasps and corners, and has on the front cover a silver gilt plate engraved with the Society’s eagle crest and on the back cover a plate bearing our armorial shield. 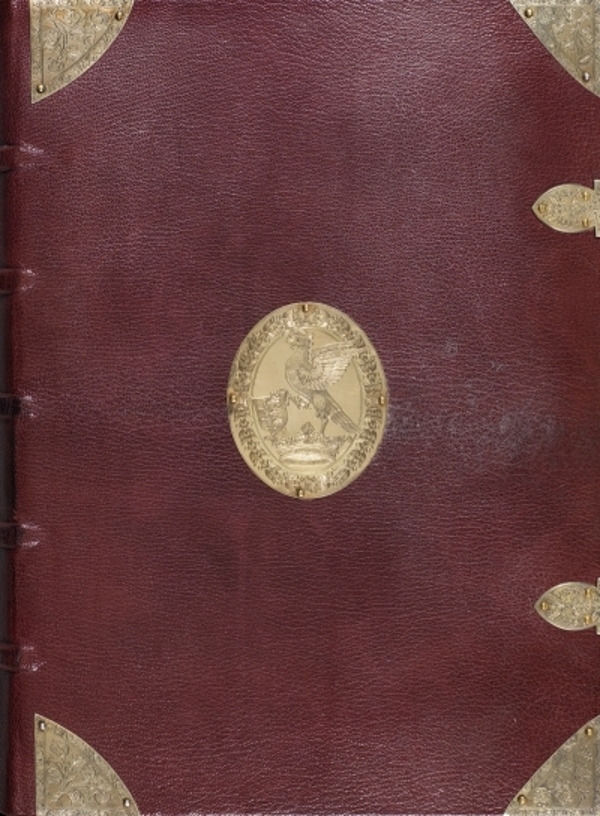 Inside, the full official coat of arms granted to the Royal Society in 1663, adorned with the motto ‘Nullius in Verba’, follows the Royal Arms. The pages then contain transcriptions of the Charters granted by Charles II and of early Statutes adopted by the Fellowship.

The main part of the Charter Book is devoted to Fellows’ signatures. The first is that of the Founder and Royal Patron, Charles II, on the opening Royal page: 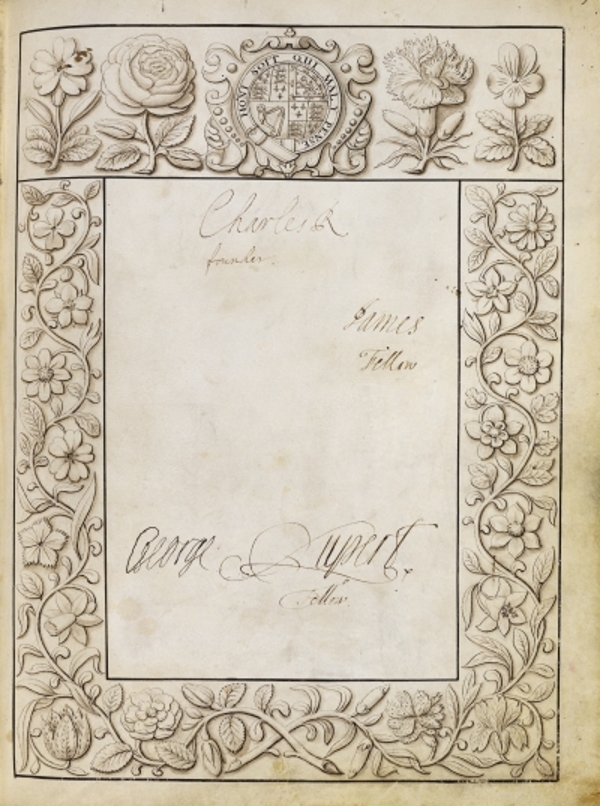 With the exception of William and Mary, and Queen Anne, all British monarchs have signed the Charter Book on dedicated pages framed by lavishly decorated ink and watercolour borders: 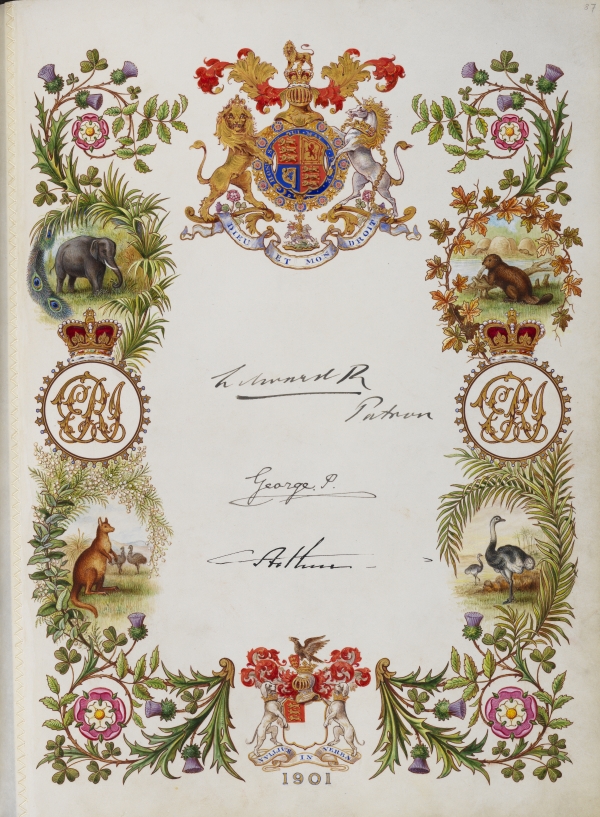 Each year up to 52 new Fellows, and up to 10 new Foreign Members, are elected to the Royal Society. Upon election, Fellows are required by Statute to attend a ceremony admitting them into the Society, during which they sign the Charter Book. At the head of each page is the Obligation; although its wording varies with time, those who append their names below undertake to promote the good of the Royal Society, attend its meetings and obey its laws. The calligraphy of the obligation reproduces an antique font given to the Oxford University Press by Bishop John Fell around 1677. The Fellows continue to sign with ink and, while we do give them a practice run on spare sheets of vellum to get used to the feeling of writing on an unfamiliar material, you may still notice a few blots here and there…

The long array of signatures in this volume is a memorial of men and – since 1945 – women, who have contributed to science in this country and others. It does not provide a full list of Fellows, as some Fellows could not travel to be admitted in person. Only on a few rare occasions has the Charter Book left the Royal Society’s premises.

This digital edition uses Turning the Pages software, and gives you a unique opportunity to browse through what must be the world’s most amazing collection of scientific autographs. It is a faithful reproduction of each one of the pages signed between 1665 and 2018, though the early Charters have been omitted from the current release. A name index of the signatories has been added to facilitate navigation but you will still have to play ‘Where’s Wally?’ to locate which of the signatures on page 71 is Charles Darwin’s: 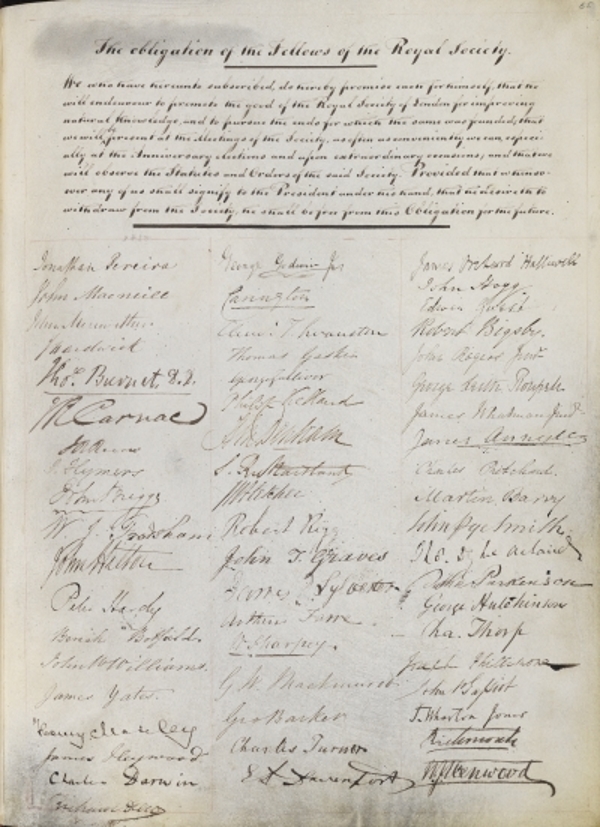 Folio 65 of the signatures – can you spot Charles Darwin? (DC/3)

p.s.: Note that the page numbering pencilled in the book (referred to as the folio number) is different from the digital numbering. This is because the pencil numbering does not take into account some blank pages and the opening pages.

p.p.s.: We’re hoping to add to the digital edition as new Fellows sign the volume, and we also hope to include the early Charters in our next iteration.