This blog post is the second in a short series, following on from the Royal Society’s landmark Research culture: Changing expectations conference at the end of 2018.

Dr Catriona MacCallum, Director of Open Science at Hindawi Ltd, writes her response to the issues raised at the conference... 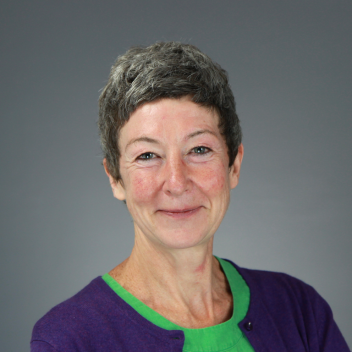 This blog post is the second in a short series, following on from the Royal Society’s landmark Research culture: Changing expectations conference at the end of 2018.

The conference was the culmination of the Royal Society’s two year programme on research culture. It brought together debates around research assessment, career progression, researcher development, research dissemination and research integrity.

Dr Catriona MacCallum, Director of Open Science at Hindawi Ltd, writes her response to the issues raised at the conference:

What does culture change mean for research and scholarly communication? To me, like many, changing research culture is fundamentally about changing the reward and incentive system. It is moving away from a focus on where researchers publish to what they publish and how their work and activities contribute to science, society, and the growth of knowledge more generally. This includes, for example, making articles Open Access, collecting and curating data, writing software that can be reused, as well as teaching and public engagement – what is increasingly known as ‘Open Science’.

My view of Open Science broadened, however, after I was privileged to attend two thought-provoking meetings in the space of one week: a Royal Society workshop, ‘Research culture: Changing Expectations’ – the focus of this post – and the OpenCon conference organised by SPARC. The first was held at the Royal Society in London, home to many of the world’s most famous scientists, past and present, while the other took place at the York University campus in Toronto, with some of the next generation of researchers at the outset of their careers. These meetings powerfully complemented each other; both changed my expectations of what we should expect from a 21st century research culture and who the role models for that culture change might be.

At US public universities, 50% of undergraduate students drop out (60-80% for underrepresented minorities), whilst in the US and UK only about 6% of PhD students ever make it to professor. Those that do are mostly men and mostly white. Often less than 10% of the senior faculty are women. And, as I learned at the Royal Society, despite awareness of these figures and years of policies and interventions to redress the balance, the numbers have essentially remained unchanged.

That our lecturers and labs do not reflect the gender and ethnic diversity of our society is no accident. Hypercompetition can bring out the worst in people, as indeed it does in chickens… Margaret Heffernan recounted research done by William Muir at Purdue where the hens that laid the most eggs were chosen to be part of a superflock.  At the end of the experiment, rather than finding an abundance of eggs, all but three of the nine hens in the flock were dead. While picking out the best egg layers, the researchers had also inadvertently selected the most aggressive hens. This message resonated one way or another throughout the workshop – the success of the few in science today is too often at the expense of the many, who often play an equally vital role but are not recognised and rewarded for it. Heffernan also challenged the supposed truth that competition means the best rise to the top. Where it is sink or swim, she added, people will do anything to survive: “the steeper the hierarchy, the greater the corruption”.

What I found most interesting, however, was not the retelling of the negative behaviour that we increasingly hear about, but the evidence of what makes a productive, innovative, and happy team. Heffernan discussed the need for three attributes or types: lions, the leaders; owls, the thinkers; and St Bernard’s, those who are also willing to support and help other team members. Individuals can be a mix of these. She told of one lab head who had recruited a team of stellar scientists, but then couldn’t work out why it was so dysfunctional. When analysed, they found lots of lions and owls, but no St Bernard’s. Research has also consistently shown that more productive groups are ones in which no voice dominates, score more highly for empathy, and contain more women. As she said, too often we are measuring scientists in terms of the bricks and not looking at what really counts in terms of productivity and innovation – the mortar.

We all have a responsibility to sweep away the perverse incentives in the current system. Mark Walport emphasised that the name of the journal must NOT be used as a surrogate for the quality of the work.  The hypercompetitive research culture of the West, with its focus on a very limited set of ‘bricks’ combined with the cult of the superstar scientist – or the ‘sage on the stage’, as Susan Wessler put it – has also meant the loss of a huge amount of diversity, alongside the skills and talent it engenders. The UK needs 50% more researchers to fill the growing R&D gap. John Kingman, Chair of UKRI and Legal and General PLC, concluded that closing the gender gap in science might be the single biggest thing the country could do to redress this.

A systems problem requires disruption across many levels of the system, from funders, institutions, and publishers, as well as researchers. Plan S, with its focus not just on Open Access but on a commitment to fundamentally change the way researchers are evaluated, with the Declaration on Research Assessment (DORA) as a starting point, is one way that the European Commission and UKRI intends to do this. Wellcome and the Gates foundation have also recently joined this coalition. Researchers rebelling against the plan cite restriction on their academic freedom, without realising they do not have any real choice in the current system, as Jos Baeten et al. of the Fair Open Access Alliance have pointed out. Such academic sentiment is evidence of how entrenched the current culture has become. It is also one that actively discriminates against early career researchers, women, ethnic minorities, as well as most of the Global South, whether it is via paywalls or peer review. The rich get richer and yet we continue to fool ourselves that it is a meritocracy.

I was not the only one there struck by the fact that the conference was hosted by scientists who have reached the pinnacle of their career. As David Sweeney, Exec. Chair of Research England, noted, 99% of scholars are not Nobel Prize winners or Fellows of the Royal Society, and indeed may never have set foot there. That they have succeeded in the current system is tantamount not just to their incredible talent, but also to their skills at navigating a system over the past 30+ years where the key currency was very often (at least in the life sciences) that elusive paper in a high-ranking/high-Impact Factor journal. They are also there because they have been able to run successful and productive teams – they do care about the mortar. Those at the workshop are also acutely aware of the deep-seated problems in the current system and are actively trying to remedy it. Scholarly societies such as the Royal Society have a hugely important role in helping to understand, lead, and navigate the economic and cultural changes required for a research environment fit for the 21st century.

No-one can dispute that the discoveries made in the past 50 years or so in science are remarkable, as are the individuals who have contributed to them. The Royal Society in the UK and National Academy of Sciences in the US are justifiable halls of fame. But what we don’t know is what we don’t have – those discoveries and insights and innovations that might have been possible had the research culture been more open, more collaborative, more empathic, and more inclusive. There is room for healthy competition, but only if we can change our expectations about the nature of the prize.

By the end of the workshop, I was left wondering who it is now that can actively embody the change that had been identified – and are they being rewarded? I found the answer in Canada. It is the next generation of researchers – ironically those who are among the most penalised by the current system – where the role models we need can also be found.  The OpenCon conference in Toronto was dedicated to them and run by them. I was amazed by the bravery and determination of the speakers and participants who are putting in place projects and support for Open Access, open data and open education. Their aim, and that of OpenCon, is to promote a set of common values around openness that is sensitive to the relevant cultural context alongside a scientific work ethic that aims to be safe and inclusive for the many different skills and voices research requires. Some of them work in the face of extreme gender bias and sexual harassment. Some of them are working in war zones or areas of deep poverty and little education. And still others are trying to change the system in the West from within. I found it truly inspirational. My overriding concern, however, is that the reward system we currently have cannot keep these talented individuals within science itself.

I would like to put Early Career Researchers on centre stage. I would like to see more of them invited to venues such as the Royal Society, where they can interact with some of the world’s leading scientists who also recognise the need for change. Let them work together to help decide the future  – a ‘research culture that embraces all’, as David Sweeny argued for.  We need to accept and encourage different definitions of success and then let prestigious and influential bodies like scholarly societies and funders find a way to reward them so that they become the next leaders of science. I feel a great urgency in this. We need to act now before they too decide to leave or because they fail – because the current system failed them.