'Woolf was certainly aware of some of these scientific ideas: they were widely reported by the press, and in the 1930s Woolf mentioned in her diary and letters that she was reading Jeans. ' 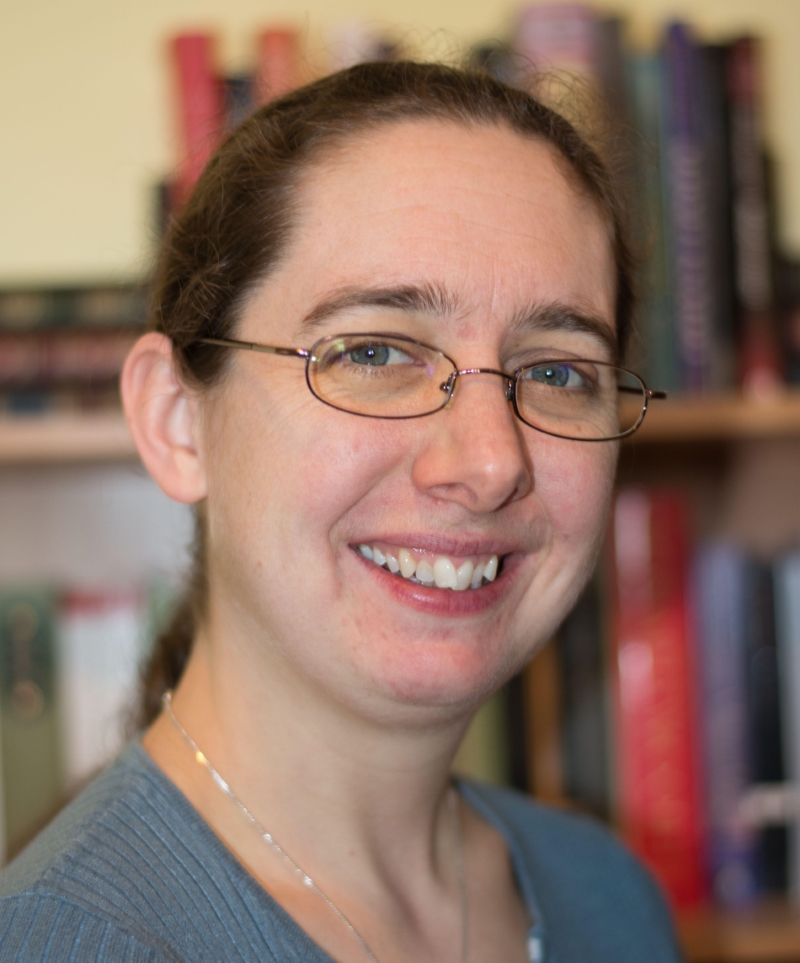 Senior Lecturer in English Literature at the University of Chichester

Dr Rachel Crossland's research focuses on links between literature and science in the early twentieth century. Her first book, Modernist Physics: Waves, Particles, and Relativities in the Writings of Virginia Woolf and D. H. Lawrence was published by Oxford University Press in 2018.

When the Royal Society first approached me with an invitation to speak about my research on Virginia Woolf and physics at the Science Fiction Lates event, my second reaction (after a significant amount of excitement) was panic: how could I condense the years of research that I had devoted to this topic into just 15 minutes? But when the Society added that they wanted a talk that would tie in with LGBT+ History Month, I knew straight away what my focus would be: Woolf’s 1928 novel Orlando: A Biography.

Despite its subtitle, Orlando is by no means a conventional biography: dedicated to, inspired by and to some extent based on Woolf’s friend and lover Vita Sackville-West, it traces the life of a character who (with apologies for the spoiler!) begins the book as a man but ends the book as a woman. This change occurs a little less than halfway through the book, and is not fully explained or described, but Woolf is clear in the text:

"Orlando had become a woman – there is no denying it. But in every other respect, Orlando remained precisely as he had been. The change of sex, though it altered their future, did nothing whatever to alter their identity. Their faces remained, as their portraits prove, practically the same."

So, Orlando changes from male to female, although I think it is important to say that Orlando is not exactly transgender in the way that we understand that term today. Nor would it be quite right to say that Orlando is non-binary in the way that we now understand that term, although Woolf’s use of the pronoun ‘their’ has gained a new significance recently in light of the rise of gender-neutral pronouns. Nevertheless, in this moment of gender change it is notable that the word ‘their’ allows Woolf to do something significant: to talk about Orlando as both a man and a woman at the same time.

That idea of someone, or something, being two apparently opposite things at the same time lies at the heart of my research on Woolf in relation to early twentieth-century physics. In 1900 Max Planck proposed that energy could behave as discrete bundles, or quanta, a concept that Albert Einstein extended to light in 1905, although without giving up on the pretty much universally accepted wave theory of light. In 1925, Louis de Broglie suggested that this apparent wave-particle duality of light applied also to matter, and in 1927 Niels Bohr took a further, even more dramatic, step in formulating his principle of complementarity. In the words of the mathematician, astronomer and populariser of science James Jeans, complementarity means that ‘Light, and indeed radiation of all kinds, is both particles and waves at the same time’, while ‘electrons and protons, the fundamental units of which all matter is composed [...], can also appear now as particles, and now as waves’.  Everything is both waves and particles at the same time, but we can only see one at a time – and the one that we see depends on the one for which we look.

Not only did physicists at the time (and, indeed, since) find these ideas difficult to understand, but they were also difficult to discuss. In his 1928 book The Nature of the Physical World, astrophysicist and populariser of science A. S. Eddington discussed complementarity before stating, ‘We can scarcely describe such an entity as a wave or as a particle; perhaps as a compromise we had better call it a “wavicle”’.  The word ‘wavicle’ does indeed represent a ‘compromise’ in that it combines the two elements together, whereas complementarity unites them but also keeps them distinct and separate. Woolf’s use of the pronoun ‘their’ in relation to Orlando’s change of sex can be seen as a similar kind of compromise, but later in the novel she writes about ‘this mixture in [Orlando] of man and woman, one being uppermost and then the other’: while ‘mixture’ implies a combination of the two genders, the second part of this quotation suggests something more complementary. Orlando is both man and woman at the same time, but appears as one or the other at any particular moment.

Woolf was certainly aware of some of these scientific ideas: they were widely reported by the press, and in the 1930s Woolf mentioned in her diary and letters that she was reading Jeans. My research, then, argues that Woolf can usefully be understood as a complementary writer – a writer who wants to put apparently contradictory things together, allowing them to coexist simultaneously but also to remain distinct and different. Such a movement clearly has its parallels with the science of the period, but my research has also revealed a broader cultural shift at this time, away from duality and towards complementarity. This shift affected, and was affected by, both science and literature.

One hundred years on, binary and dualistic models are once again subject to question and debate. In her 1927 novel To the Lighthouse, Woolf shows one of her characters realising that ‘nothing was simply one thing’.  Early twentieth-century physicists were making similar discoveries at the time, and now, in 2020, we continue to make such realisations in relation to some of our most fundamental concepts, perhaps in particular our understanding of gender.