Rupert Baker takes a look at some photographs of Stonehenge by Victorian surveyor Henry James FRS.

The impressive dimensions of the trilithons are highlighted by the presence of a top-hatted gentleman posing in front of them.

It’s the month of the summer solstice, so I thought I’d take you on a virtual trip to Stonehenge, via some Victorian photographs from our Picture Library. 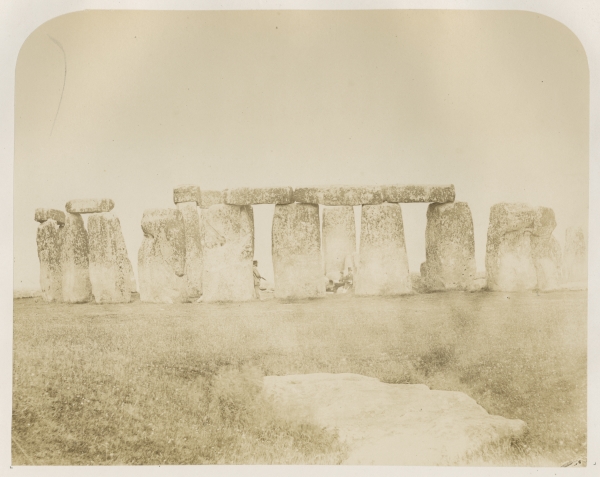 The illustrations are taken from a book by one of our Fellows, Henry James. No, not that Henry James, who came along quite a bit later and wasn’t particularly scientific; our Henry was born in 1803 and worked his way up through the ranks of the Royal Engineers and the Ordnance Survey to become Director-General of the latter in 1854. He was already a Fellow by this time, ‘Distinguished for his acquaintance with the science of Geology and the Natural Sciences’ and elected in 1848.

Published by the Ordnance Survey, the snappily-titled Plans and photographs of Stonehenge, and of Turusachan in the Isle of Lewes; with notes relating to the druids and sketches of cromlechs in Ireland includes several albumen print images of the legendary Wiltshire prehistoric monument. The impressive dimensions of the trilithons (definitely closer to 18’ than 18”) are put into perspective by the presence of a top-hatted gentleman – James himself? – posing in front of them, together with what looks suspiciously like his family settling down for a picnic among the stones: 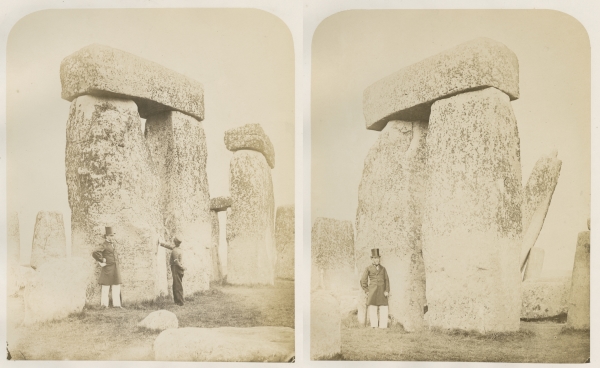 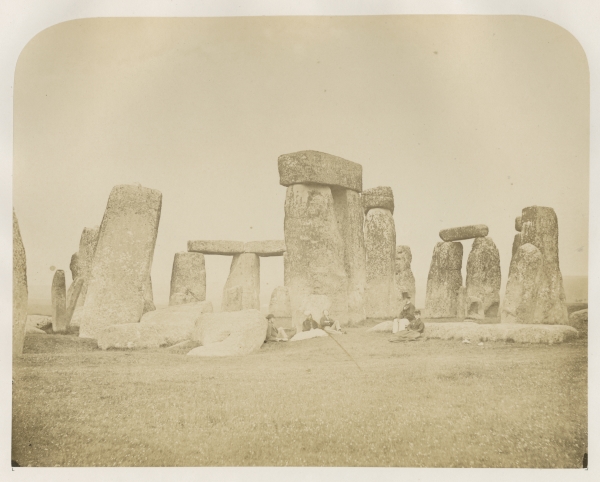 The Stonehenge photographs were all taken in 1867, the publication date of James’s book. To fill things out a bit, he also included a drawing from his visit the previous year to the Callanish Stones on Lewis, in the Outer Hebrides: 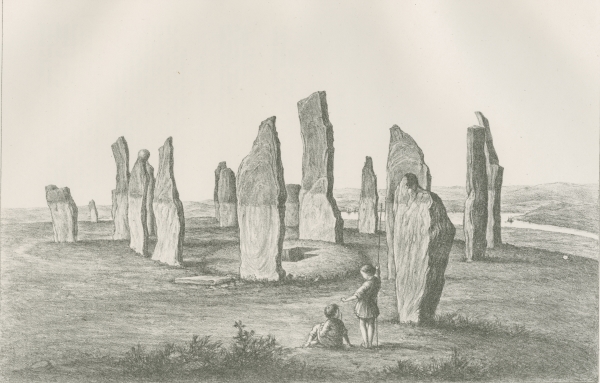 and, going all the way back to James’s days in Ireland as a second lieutenant in the Royal Engineers, a sketch he made in 1833 of the Legananny Dolmen in County Down, complete with child sitting jauntily on the capstone. Get down this instant, sonny, that’s an ancient monument! 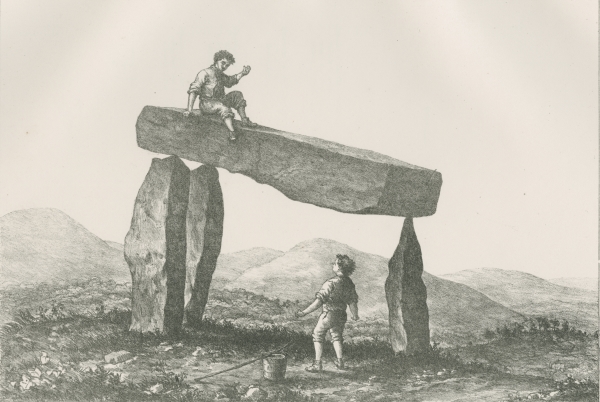 Stonehenge, of course, has received much attention from Royal Society Fellows, from William Stukeley and John Smith to Norman Lockyer and Fred Hoyle. Once the lockdown has been lifted this Royal Society librarian fully intends to add to the numbers, as (confession time) although I’ve paid several visits to Avebury in the footsteps of John Aubrey and Walter Charleton, and grew up near the wonderful Rollright Stones in Oxfordshire, I’ve only ever seen Stonehenge from the window of a car on the A303.

James seems to have had a wide variety of interests apart from his Ordnance Surveying of the British Isles. As you can see from the contents list of our Henry James Papers at the Royal Society (MS/744), he surveyed Jerusalem’s water system to render it less hazardous to pilgrims, investigated the corrosion of copper ship hulls, popularized the photographic process of photozincography and used it to publish a facsimile of the Domesday Book.

I hope you enjoyed our Victorian Stonehenge images, anyway. If I’ve whetted your appetite for virtual exploration, there’s a rather excellent 360-degree tour of Stonehenge on the English Heritage website; they’ll be livestreaming the solstice, too. I also found this 2015 Summer Science Exhibition video on our website – I’m sure Henry James FRS would have relished the chance to add sub-decimetre topographic laser scanning to his surveying toolkit!