Keith Moore looks through our collection of photographic portraiture and finds some images of scientists letting their hair down a little.

The physiologist Mary Pickford managed to capture quite a few eminent Fellows in less-than-dignified situations. My personal favourite is the future Royal Society President Sir Henry Dale taking the deck tennis just a little too competitively.

In these days of interrupted and curtailed air flights and back-to-back online Teams meetings, it’s interesting to look back to times when scientists still had to travel to meet up, but in a far more civilised way. Will we return to an era of leisurely sea voyages? Probably not, but it’s a nice idea to contemplate.

Most of the Royal Society’s collection of photographic portraiture is pretty formal, but there are some images showing scientists letting their hair down a little. Often, it happened when they were travelling from A to B or participating in meetings organised by the likes of the British Association for the Advancement of Science, or the International Unions. Colleagues would travel together, inevitably, and if someone happened to take along a camera, you can get a quite different perspective on the people involved. 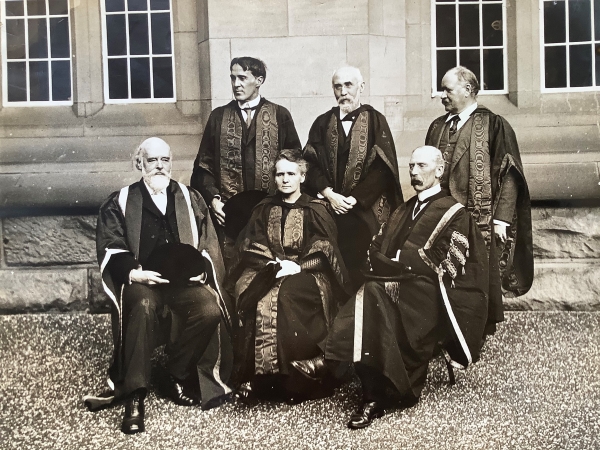 There were formal events of course. During the 1913 BAAS meeting in Birmingham, Marie Curie (1867-1934) received an honorary degree and can be seen looking rather stiff in this official group photograph with Oliver Lodge, and (among others) her fellow Nobel Laureates Svante Arhennius and Hendrik Lorentz. Given that Lodge described her as ‘the greatest woman scientist of all time’ in the degree award speech, she can be forgiven, perhaps, for feeling obliged to keep very still for the camera. 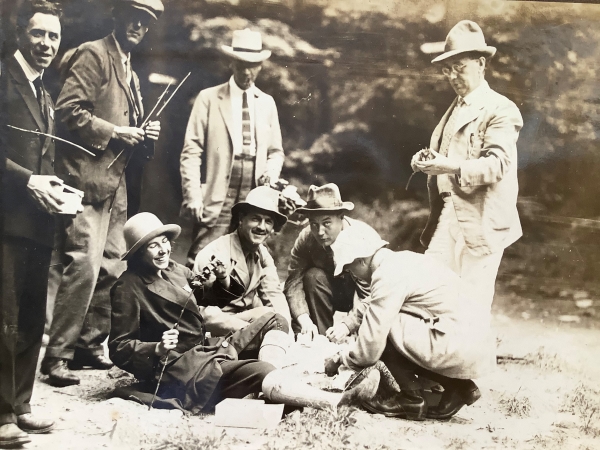 Fast forward a decade to 1924, and the British Association meeting in Toronto seems much more fun. Informal snaps of Botany Section activities feature some younger researchers, where plant-hunting and picnicking seemed to be the order of the day. The Society has just acquired an album of photographs from the Canada jaunt and although there are a limited number of pictures, it’s striking that women scientists feature prominently, from relative newcomers such as (we believe) Clara Pratt, to more established scientists, including the Cambridge-based geneticists Edith Saunders (1865-1945); and Ethel Thomas (1876-1944), then establishing her laboratory at Leicester University. Seeing an image of two women scientists in animated discussion from this period is a rarity, in the Society’s archives at least. 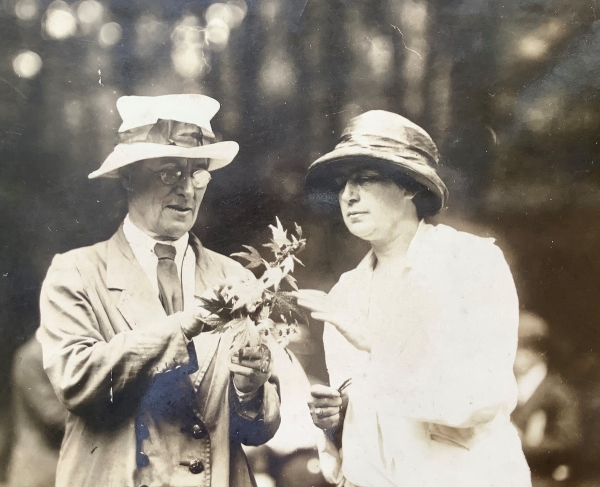 By 1929, things were really loosening up. The physiologist Mary Pickford (1902-2002) attended the International Union of Physiology in Boston, USA, taking pictures of her peers as they whiled away the transatlantic voyage aboard the Minnekahda. Later elected a Fellow of the Royal Society herself (in 1954), Pickford managed to capture quite a few eminent Fellows in less-than-dignified situations. My personal favourite is the future Royal Society President Sir Henry Dale (1875-1968) taking the deck tennis just a little too competitively. 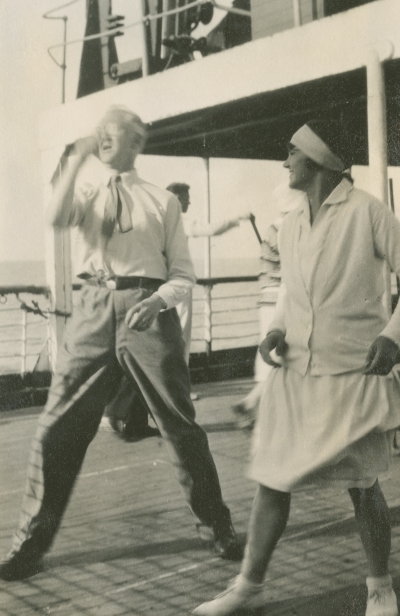 A triumphant Henry Dale and team-mate, 1929

It’s clear from contemporary accounts that Pickford enjoyed herself – every time she disembarked from a boat or train, she’d be surrounded by the Press, routinely mistaking her for the Hollywood legend of the same name. Well, it was the Roaring Twenties in America – and what could be more fun than that?