From Galileo to Robert Hooke and Charles Darwin, Louisiane Ferlier casts a critical eye on media stories of treasures 'disappearing' from, and being 'rediscovered' in, archives and libraries.

‘Lost’ treasures can also return to the fold, as happened with the Hooke Folio, a collection of Robert Hooke’s notes of meetings held at the Royal Society between 1661 and 1691.

The media loves a good story of a ‘discovery’ or a ‘disappearance’ in archives and libraries. These are inevitably a variation on the theme of the collection as a living ecosystem, along the lines of ‘collector collects, reader borrows, archivist mis-shelves, librarian re-catalogues, expert identifies’… and, on rare occasions (thankfully), ‘thief thieves’.

Two of the latest ‘lost archive’ tales, the mysterious disappearance of Charles Darwin’s notebooks from the Cambridge University Library (CUL) and the curious case of the ‘John Donne poems’ which are indeed by John Donne, tell us quite a lot about the goings and comings around special collections.

According to CUL custodian Dr Jessica Gardner, the last breadcrumb left by the two Darwin notebooks was their retrieval from the library’s 200km of shelving in 2000 to be digitised in a temporary studio. After this point, the notebooks went missing, with only the digital images left behind. As the person in charge of organising the digitisation workflow for the Royal Society, this cautionary tale certainly gave me pause for thought. What I find interesting is not so much the obvious safety concerns around the movement of a precious manuscript for digitisation (an external studio would definitely disrupt the retrieval process, making misplacing an item easier and providing opportunities for a possible theft), but the question of what is truly ‘lost’ if we still have high-quality images of an item. 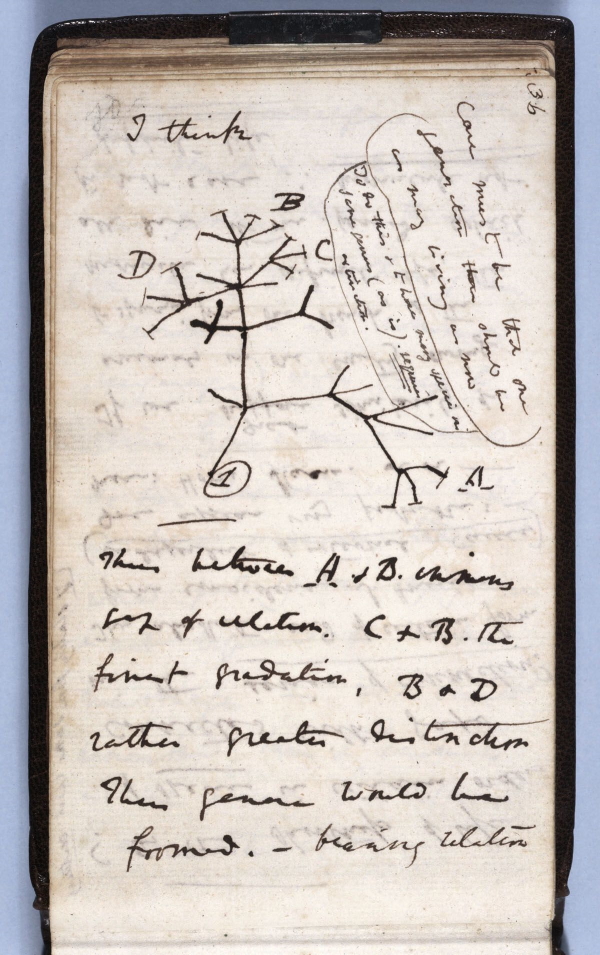 Digital surrogates provide a way – albeit imperfect – to preserve archives and books, allowing their contents to be widely shared with the public. Although the Darwin notebooks are currently AWOL (I truly hope the CUL’s public appeal will be successful and that someone will come forward having remembered misplacing, displacing or borrowing them), we can still study their contents. We haven’t lost the incredible insight they give us into Darwin’s thought processes, just the fetishized objects themselves. Still, as René Magritte would tweet today, #Thisisnotapipebutthepictureofapaintingofapipe: the digital copy is not the real deal. Which brings us neatly to dramatist John Donne’s Melford manuscript.

Writing to a friend whose handwritten copy of Donne’s poems had been damaged by his reckless children (‘never leave a minor unattended with an MS’ has remained an archivist’s tenet ever since), Donne highlighted the primacy of manuscript over printed copy, anticipating the frenzy around his own set of papers:

What Printing-presses yield we think good store,
But what is writ by hand we reverence more:
A Book that with this printing-blood is dyed
On shelves for dust and moth is set aside,
But if’t be penned it wins a sacred grace
And with the ancient Fathers takes its place.

Some of Donne’s poems were indeed recently ‘discovered’, acquired for the British Library for the tidy sum of £475,000, labelled (rather less poetically) ‘MS/3884’, and swiftly digitised. Comments on the digitisation confirm the craving for the original and its tactile reality, perhaps intensified as the Covid crisis keeps us away from the reassuring physicality of libraries, museums and archives.

So, what about the Royal Society’s own lost and founds, I hear you ask? Sadly, items do get mis-shelved on occasion: for instance, our single volume of the Transactions of the Agricultural and Horticultural Society of India was ‘not found on shelf’ following stock moves in 2002. Conversely, items which have been in our collections for centuries are frequently brought to the fore by new expert analysis – see the ‘Galileo letter’, for example. 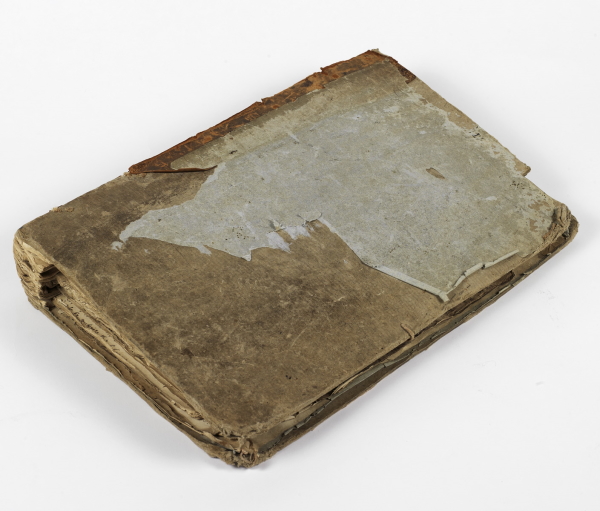 ‘Lost’ treasures can also return to the fold, as happened (in a tale strikingly similar to that of the Donne manuscript) with the Hooke Folio, a collection of Robert Hooke’s notes of meetings held at the Royal Society between 1661 and 1691. Along with Hooke’s other manuscripts, the Hooke Folio would have circulated either through the Royal Society archive upon his death, or via the collections of various Fellows such as Richard Waller, William Derham and, in turn, Hans Sloane. 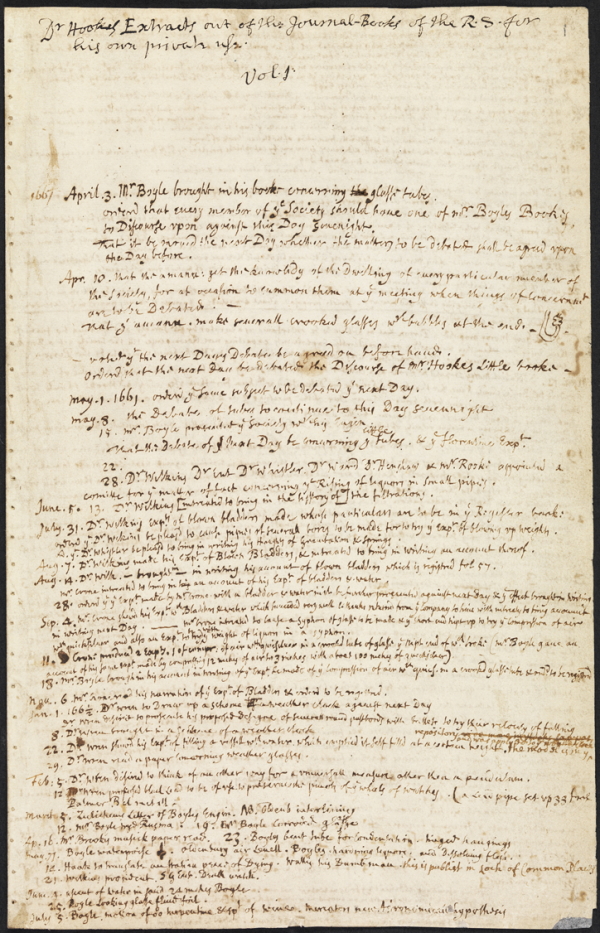 Wherever it may have hidden over the centuries, the Hooke Folio famously emerged in 2006 from the cupboard of a private Hampshire estate and into the auction room at Bonhams, to be snapped up for the Royal Society in the nick of time, thanks to a Wellcome grant and the tireless efforts of historian of science Professor Lisa Jardine and President of the Royal Society Lord Rees. Again, in this exciting story, the term ‘discovery’ is bandied around as a shortcut to describe the laborious process of expert identification, complicated acquisition out of private hands, and eventual conservation and digitisation of a rare manuscript. Whatever the terminology, I suppose what ultimately matters is that the Hooke Folio can now be seen both ‘in the flesh’ in the reading room of the Royal Society (when we reopen, at any rate – ask for MS/847), and in its online version.

It would be wonderful, instead of adopting those near-magical shortcuts of ‘discovery’ and ‘disappearance’, to write the it-narrative from the perspective of the Hooke Folio or another Royal Society collection item. By adopting the viewpoint of the book, we would retrace its early days of fresh ink and stiff paper, then the softening of its pages as it is read and re-read by some of the most important scientists of the world. We would jump as it falls from a table, lament as it is weighed down by dust in long moments of shelf-sitting, or shiver as it is defaced by a hand too eager to note its wisdom in the margins. It would travel across London, moving between collections and from room to room, and – reaching the modern era – find itself pressed against a scanner or open for photography on a book cradle…

Sadly, we never have enough time to write the full back-story of our individual items, but next time you hear a thrilling ‘lost and found’ narrative so beloved of the media, do check the ‘Provenance’ field of the relevant catalogue entry for the non-romanticised version. There’s nothing quite like an archivist’s prose to sober you up from tales of ‘discoveries’ in the archives.