Relaunching the Lisa Jardine Grant for 2021

Professor Jardine was passionate about interdisciplinary research, and the grant is designed to encourage those in the humanities to incorporate scientific archives into their studies.

The Royal Society’s Lisa Jardine Grant Scheme in the history of science opens to applications next week, on Wednesday 13 January.

The grant will be open to PhD candidates and early career researchers in intellectual history, who need additional funds to facilitate access to primary research material or attend events to further their research career.

Named in honour of the late Professor Lisa Jardine FRS, the renowned writer and historian, the grant is available to those studying the history of science and other related disciplines combining natural sciences and humanities. Professor Jardine was passionate about interdisciplinary research, and the grant is designed to encourage those in the humanities to incorporate scientific archives into their studies, whether that be through the lens of art history, sociology, anthropology, music or other areas of intellectual history.

Our past grant holders’ research subjects have covered a diverse range, including: the early modern science of music, the history of sign language, the decline of astrology, and the autobiographical writings of natural philosophers. 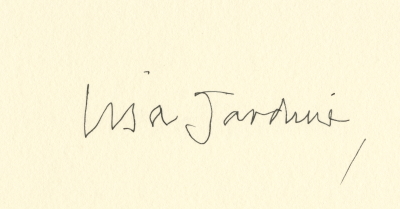 Lisa Jardine’s signature, from her admission as an Honorary Fellow of the Royal Society in 2015

There are several options for funding within the grant which we hope will maximise its usefulness to researchers in different circumstances:

Applicants can request up to £2000 per month to a maximum of three months, for travel and living expenses while attending the Royal Society collections and other, nearby scholarly collections with related material.

Since its foundation in 2018 we have awarded Lisa Jardine grants to 16 researchers from all over the world, allowing them to visit the Royal Society for an extended period of research into our historical collections. Grantees have come both from within the UK, and from global organisations from India to Canada. Researchers based in universities are eligible, as are those working in cultural institutions such as museums, galleries and learned societies.

For those in the UK wishing to go further afield than the Royal Society, scholars based in UK organisations can also apply for the international travel strand of the scheme in order to visit any relevant international research destination for up to one month, or to attend an event like a conference or lecture series. 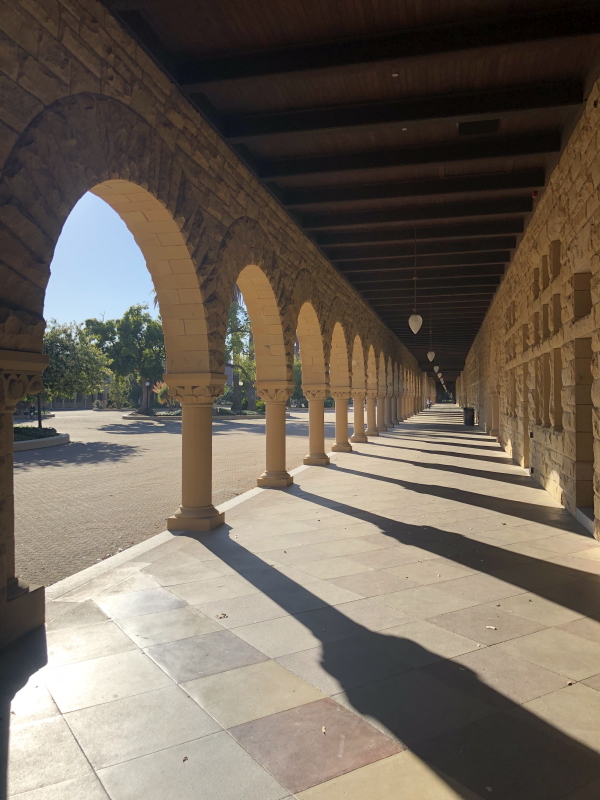 Stanford University, California, where the Friedrich Hayek archives are housed within the Hoover Institution Library & Archives

Overseas destinations for two of our most recent cohort of grantees included South Africa, to investigate the legacy of German naturalists on the former Cape Colony, and the US to consult the archives of Friedrich Hayek and their significance for science policy.

Another researcher, Cosmin Koszor Codrea from Oxford Brookes University, travelled to archives in Romania to investigate the popularisation of Darwinism there in the late nineteenth century, and said:

‘The grant funding enabled me to travel for several months and conduct research at the National Archives in Craiova and Bucharest, as well as the most important Central University Libraries from Bucharest, Iași, Cluj-Napoca and the Craiova County Library Alexandru și Aristia Aman. Hence I would like to thank all the librarians and archivists for their precious guidance. Taking this opportunity to investigate the history of Romanian engagement with Darwinism, I have managed to understand how scientific enterprise worked at the margins of the European periphery. This kind of approach revealed not only the interconnectedness between the political and scientific construction of knowledge, but it gave me a glimpse of the cultural hegemony of certain scientists on public opinions. Currently I am collaborating with a team of historians, sociologists, librarians, geologists, and botanists. We aim to create the first digital archive of Romanian History of Science.’ 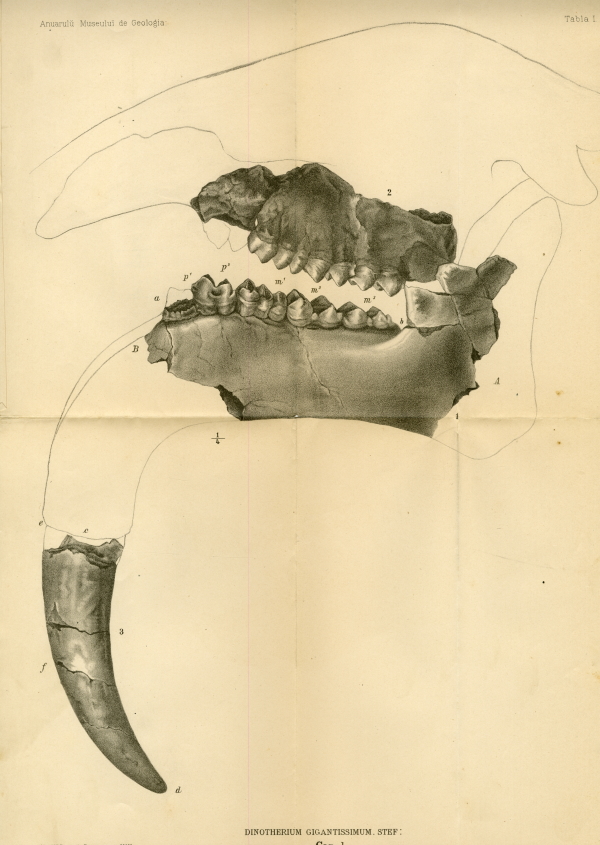 Plate reproducing the sketch made by Gregoriu Ștefănescu (1836-1911) after some locals discovered several fossils of a Proboscidean Mastodon in Romania in 1889. The mammal was eventually renamed by Ștefănescu as Dinotherium gigantissimum Stef. [Anuarul Muzeului de Geologie și Paleontologie = Yearbook of Geology and Paleontology Museum, 1895-1896]

After a hiatus in 2020 whilst the Covid-19 pandemic sadly prevented access to many institutions, including the Royal Society, and made it unsafe for researchers to travel to many parts of the world, 2021 will be the third operational year of the Lisa Jardine Grant Scheme. We are excitedly looking forward to being able to welcome researchers back to the Royal Society in the spring or summer (hopefully!) and to facilitating international travel to stimulate research and network building once more.

You can read some case studies by past funding recipients here:

and on our Lisa Jardine Grant Scheme page, where you will also find details of how to apply.