The latest Special Issue of Notes and Records examines the naturalist, botanist and explorer, Joseph Banks and is guest edited by Simon Werrett, Professor of the History of Science at UCL.

'Undoubtedly Banks was a consummate networker, engaging with people around the world to support his botanical operations in London.'

The latest Special Issue of Notes and Records examines the naturalist, botanist and explorer, Joseph Banks and is guest edited by Simon Werrett, Professor of the History of Science at UCL. We asked Simon some questions about his research and the Special Issue… 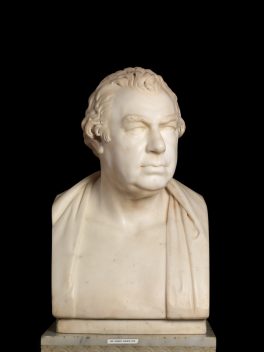 Bust of Joseph Banks with head in turned in three-quarter profile to the right as viewed. In classical style with partial draped shoulders. Inscribed on the back ‘THE RIGHT HONORABLE SIR JOSEPH BANKS BART. PRESENTED TO THE ROYAL SOCIETY BY FRANCIS CHANTREY SCULP. 1819.’

Could you give some background about the origins of the Sir Joseph Banks special issue?

This issue originated in a series of workshops that began at UCL in June 2016, funded by the AHRC and entitled “Joseph Banks, Science, Culture and the Remaking of the Indo-Pacific World”. Over the course of a year, further workshops at the National Portrait Gallery, National Maritime Museum and Royal Society explored diverse aspects of Banks’s life and career, in an effort to gain new perspectives on his work and significance for the history of science. It was a remarkable set of meetings, bringing together academics, curators, librarians, and other scholars from across the world.

Banks’s reputation as President of the Royal Society has always been as a consummate networker, a scientific statesman as it were. How do the papers in this journal offer a more nuanced portrayal of his role in 18th-century science?

Undoubtedly Banks was a consummate networker, engaging with people around the world to support his botanical operations in London. However, the workshops challenged the idea that Banks had some preconceived agenda to wed together science and empire, and recognized that the growth of his scientific reputation and networks was less pre-calculated than might perhaps be supposed. Banks was often more of a facilitator than an originator of schemes to e.g. transfer plants and animals around the globe in the service of empire. Additionally, many contributors explored the people surrounding Banks who made his operations effective – librarians, family, secretaries, informants, assistants, and agents. We now have a better picture of who these people were and exactly what they did to make Banks’s enterprise a success. 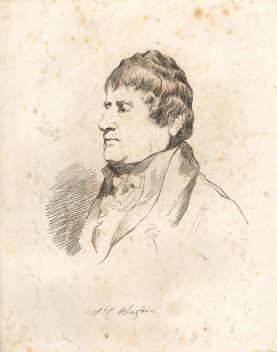 What was the role of women in Banks’s scientific and patronage networks?

Banks lived with his wife and sister, and the family were all engaged in collecting, so I think they should be considered as more of a unit than has previously been the case. Banks also received specimens from female acquaintances, botanists, and women travellers from around the world. Carl Thompson’s contribution to the special issue tells the story of some of these women. Hannah Wills’s contribution discusses Charles Blagden, who ended up obtaining patronage from a community of aristocratic women in early nineteenth-century London who were much more a part of the sciences than has hitherto been appreciated. Networks of women offered men like Blagden status and opportunities for advancement, helped circulate and assess scientific news, and contributed to and consumed science in ways that have been little appreciated before now.

How did the research in this special issue elucidate our understanding of cataloguing practice of natural history specimens at Banks’s home Soho House?

For Banks’s generation, classification was a central component of botany and natural history. With an influx of plants coming to Britain from expeditions around the world, it was critical to be able to record them, assess their status as known or new species, and locate them in the most up-to-date taxonomical schemes of the time. In the special issue, Edwin Rose records in remarkable detail the processes by which this happened and the many labours that went into classification at Banks’s home in London’s Soho Square. This was painstaking work, involving cross-referencing in a systematic way hundreds or even thousands of specimens, printed descriptions, manuscripts and images, work that took many decades to complete. What was the most surprising thing you learned about Banks in this project?

Banks is best known for his time in the Pacific with Captain Cook and as the president of the Royal Society. A lesser-known side of Banks concerns his role as the owner and manager of several large estates. Banks presided over the family seat of Revesby in Lincolnshire, and here he conducted experiments in improvement, agriculture, canal-building and land management that have received less attention from historians than his Pacific endeavours. I’ve seen accounts relating to spinning competitions for the villagers on his estate, records of the local jail and miscreants that had to be sorted out, poaching, vermin infestations, and hunting expeditions. These activities were a substantial part of Banks’s life, and it will be fascinating to explore them further!

Notes and Records is an international journal which publishes original research in the history of science, technology and medicine. Find out more information about submitting to Notes and Records.