Discover the fascinating stories behind some of the Royal Society's museum objects, recently returned to us after more than 80 years on loan to the Science Museum.

Flamsteed's 'well telescope' consisted of a lined shaft, extending about 100 feet underground and accessed via a spiral staircase. Users lay on their backs to look through the eyepiece.

An important activity of the early Royal Society was building up the ‘Repository’, a varied collection of scientific instruments, artefacts and specimens. Though many of these holdings were donated to the British Museum in 1781, we are still home to a number of intriguing museum objects, which offer insights on over 350 years of science history.

Since Nehemiah Grew’s catalogue Musaeum Regalis Societatis (recently launched as a digital reconstruction via Turning the Pages) was published in 1681, staff of the Society have endeavoured to keep tabs on the object collection, and re-cataloguing our objects was high on my list of ‘from-home’ projects. As I made my way through, I was reminded of a batch of items with fascinating backstories, loaned to the Science Museum in 1932 and returned to us in the middle of last year.

One example is this 248mm diameter objective lens of Venetian glass, previously the property of the first Astronomer Royal John Flamsteed FRS (1646–1719). It has some chips around the glass edge and a label inscribed with the details of its presentation to the Society. The lens was donated by James Hodgson FRS (1672-1755) in 1737, and was described in our Journal Book as ‘being that which Mr. Flamsteed designed to have used in the well at the Observatory at Greenwich’: 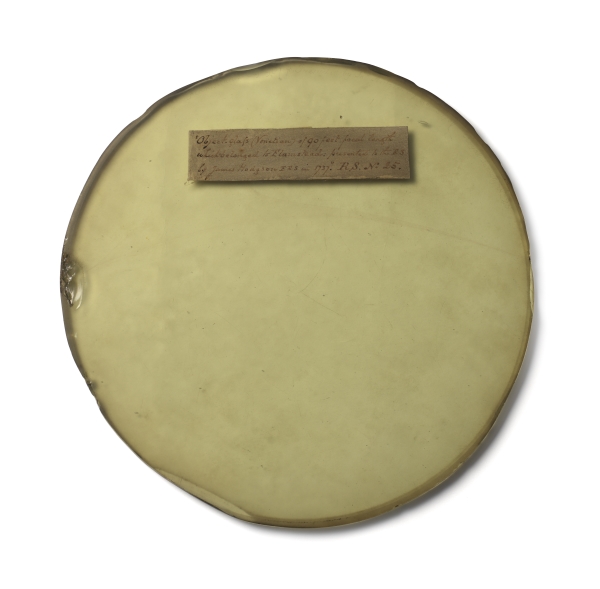 Flamsteed’s ‘well telescope’ was the first of the Greenwich Observatory’s zenith telescopes – a vertically mounted refractor, through which the position of a star was measured with respect to the zenith. Constructed to establish whether the star γ Draconis exhibited any parallax, the well telescope consisted of a lined shaft, extending about 100 feet underground, with Flamsteed’s object glass slotted into a recess in the wall. A spiral staircase allowed access, and users lay on their backs to look through the eyepiece.

Sadly, this ambitious project was unsuccessful, though kudos to Flamsteed for his imagination. Only two recordings were ever made using the well telescope and we know the object glass was disused by 1737 when it was donated to the Royal Society. The well at Greenwich is thought to be either a remnant from Greenwich Castle or a denehole; Flamsteed was simply repurposing the space.

From refracting to reflecting: also among the returned items was this speculum mirror, made of a copper-tin metal alloy by John Hadley FRS (1682–1744) and shown here with its wooden custom-made carrying case: 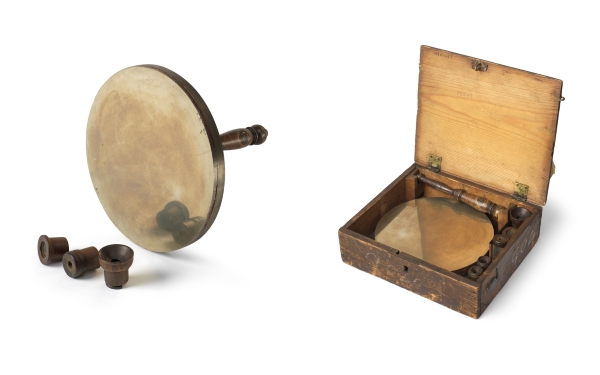 Hadley’s contributions to the development of the reflecting telescope were pivotal, achieving what an earlier Fellow, James Gregorie (1638-1675), could not. In 1663, Gregorie’s Optica promota pointed out that a reflecting telescope with a mirror that was parabolic would correct the spherical aberration seen in refracting telescopes. However, Gregorie was unable to find a craftsperson capable of achieving this feat. Also confronted with the problem, Isaac Newton opted for a spherical mirror to simplify construction.

Enter Hadley, who was not only adept at making his own speculum metal but had figured out how to parabolize his mirrors, imparting not a spherical but a parabolic curve to the reflecting surface. Our mirror is an example of a hand-held parabolic speculum, intended for a Newtonian reflector. Hadley described it in some detail in his 1723 Philosophical Transactions paper ‘An account of a catadioptrick telescope’, including the screw-and-handle arrangement behind the mirror to prevent ‘sullying its polish’d surface by handling’: 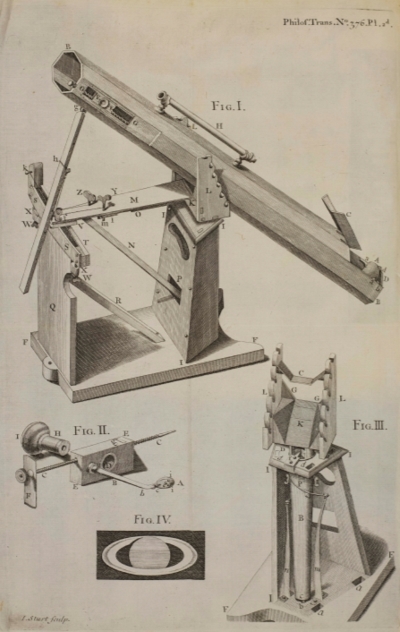 Other Fellows of the Royal Society, including Samuel Molyneux FRS (1689-1728) and James Short FRS (1710-1768), soon picked up Hadley’s technique. Short was particularly successful in adapting the design for large-scale manufacture, and went on to furnish the Society with several of the reflecting telescopes that they sent worldwide to observe the 1769 Transit of Venus, such as this one: 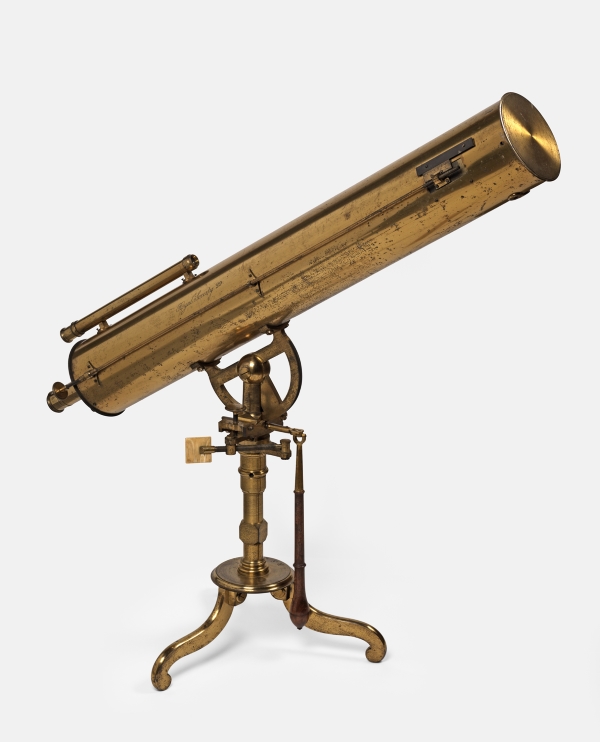 My recent cataloguing has reminded me of the joys of an object-as-subject approach. Though working remotely from surrogate images, I got a lot from compartmentalising the objects into their individual pieces and materials, and even noting their chips and scratches. I found that these features spoke volumes about their mode of production and use, and shed new light on our Fellows and the instruments through which they viewed the world.

A full list of our objects is available via our archive catalogue, and you can see images of a sample of these by searching ‘museum object’ on the Picture Library.