He discovered that ‘electrical virtue’ could be transferred if an object was suspended. In his most famous and celebrated experiment the object he chose to suspend was a small boy!

A couple of weeks ago, the Royal Society announced the winners of the 25 medals and awards to be presented this year. I therefore thought I’d take a look back at the very first winner of a Royal Society accolade, Stephen Gray FRS.

First struck in 1731, the Copley Medal is not only the Royal Society’s earliest award, it is also thought to be the oldest scientific prize in the world, predating the Nobel Prizes by more than 150 years. Initially, it was given in recognition of the year’s most significant scientific experiment, one which ‘best pleased’ the Fellows. Now, it acknowledges a scientist’s overall contribution to their field. 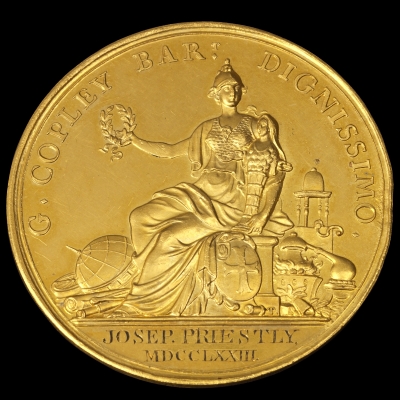 The inaugural Copley Medal winner, Stephen Gray (1666-1736) has been called ‘the father of electricity’. His experiments in the 1720s and 30s showing the generation and (more significantly) the flow of electricity were among the earliest electrical demonstrations at the Royal Society.

Gray was the first to demonstrate that electricity could be conducted, and that what he called ‘electric virtue’ could flow from a source and create a charge in other objects. He revealed this by connecting a wire to a cork in a charged glass tube and used it to transfer the charge to another object, sometimes up to 800 feet away. He also discovered that ‘electrical virtue’ could be transferred if an object was suspended (not grounded, or earthed). In his most famous and celebrated experiment the object he chose to suspend was a small boy! 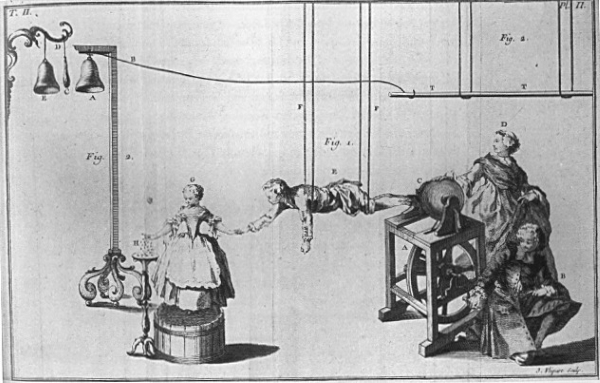 In his account of the ’flying boy’ experiment published in the Philosophical Transactions of the Royal Society, Gray describes how a boy was held up by silken cords, and a static charge transferred to his feet by rubbing them with a glass rod or globe. This charge could then be felt as a prickling sensation by another person in close proximity. In a darkened room the charge would transfer via touch from person to person as a visible spark, delighting public audiences who came to see the phenomenon. Significantly, if the non-conductive silk was replaced with conductive brass wires, the static effect was lost, as the brass allowed the charge to flow out of the boy. While definitely not one to try at home with your kids, Gray’s electrical experiments won him the first and second Copley Medals in 1731 and 1732. He was elected FRS in 1733.

Stephen Gray has an unusual background for an eighteenth-century Fellow. A cloth-dyer from Kent with little formal schooling, he educated himself in science by borrowing books from wealthy friends and constructing his own instruments. He shared the fruits of this DIY approach when he wrote to the Royal Society in the 1690s describing one of his own inventions: the water microscope. Making your own water microscope is cheap and easy, and something you can try at home. It utilises the convex shape of a water droplet to act as a magnifying lens, and was the first microscope with a lens made of a material other than glass. 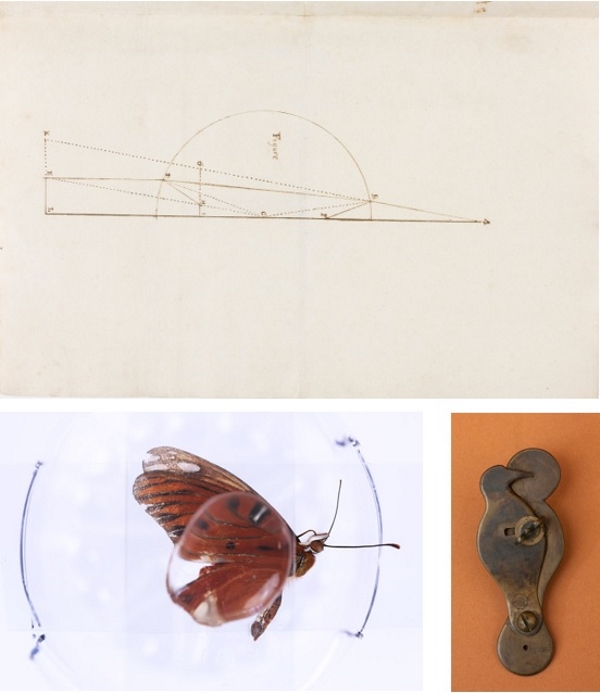 Gray’s involvement with natural philosophy shows that science was often a rich man’s hobby, rather than a career, in the eighteenth century. He seems to have led a precarious existence and conducted his science in unpaid positions, first assisting Astronomer Royal John Flamsteed and later switching sides in a noted scientific rivalry to become assistant to Newton’s operator John Theophilus Desaguliers – the man who coined the term ‘electrical conductor’. According to Newton’s early biographer William Stukeley, Gray served as a something of a professional conversationalist, lodging in Desaguliers’s London boarding house for scientific gentleman and entertaining the guests with his discourse in exchange for room and board.

His scientific friends helped Gray to secure a place in the Charterhouse (an almshouse for destitute gentlemen) in 1720. Having struggled to support himself in a scientific life, the recognition of his achievements through the award of the Copley Medal and Fellowship of the Society must have been significant. I hope this article will bring his name and achievements to a wider audience – in the shadow of later and more prominent electrical pioneers such as Benjamin Franklin and Michael Faraday, Stephen Gray doesn't always get the recognition he deserves.