Louisiane Ferlier launches our new exhibition on scientific marine voyages, together with a digital version of Francis Willughby and John Ray's 'History of Fish'.

Willughby's original intent was not to create a coffee-table book of beautiful illustrations, but an encyclopedic reference work which would catalogue all known fishes.

This week we’re celebrating our flagship public event of the year, the Royal Society Summer Science Exhibition: in person, this time, after a couple of virtual editions.

As with previous physical events, the Library is exhibiting some of its inspiring archives, rare books and artefacts, teaming up with the Linnean Society to showcase the best of two collections. We aim to explain how marine expeditions have contributed to scientific understanding of our seas. As you’ll have guessed from the title, in this year of the 15th UN biodiversity conference, we’re focusing on marine fauna, and fish in particular. 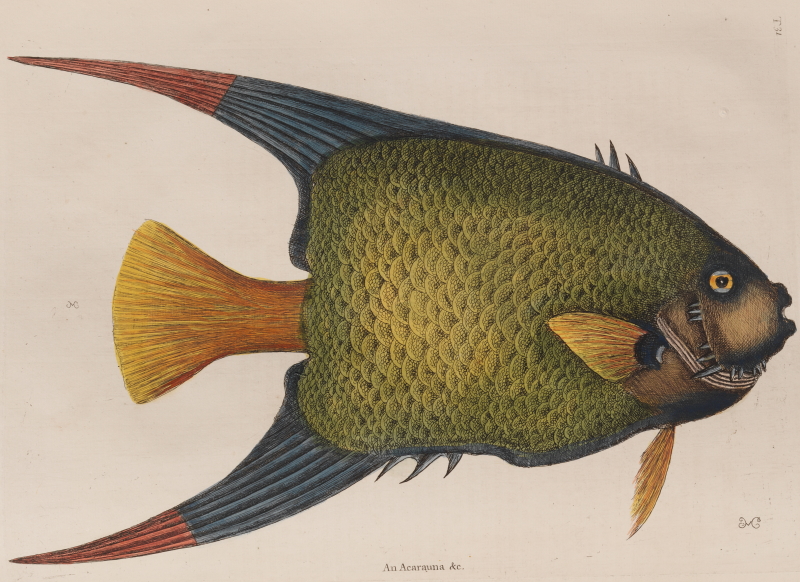 Angelfish, from Catesby’s 'Natural history of Carolina, Florida and the Bahama Islands' (1731). RS.18777

If you visit Carlton House Terrace in London from today, you’ll discover some of the specimens from the Royal Society Aldabra expeditions that my colleague Jon highlighted in a previous article. You can admire wonderfully detailed plans of HMS Beagle drawn by Lois MacIntyre Darling (1917-1989), an American illustrator whose sailing credentials are as impressive as her research about Darwin’s vessel. You’ll also learn that the lavish illustrations of eighteenth-century naturalist Mark Catesby FRS may have favoured artistic effect over biological accuracy...

For those of you unable to join us in person, we’ve curated a digital story on Google Arts & Culture which retraces the narrative of marine expeditions:

A star item of the exhibition is the 1686 ‘History of Fish’, De Historia Piscium, published under the imprimatur of the Royal Society. As mentioned in a previous blogpost, the television show Horrible Histories mocked the book as a publishing flop which almost  scuppered the publication of Isaac Newton’s Principia Mathematica. Not far from the truth, but in the context of ichthyology, De Historia Piscium marks an important moment.

The original intent of author Francis Willughby FRS was not to create a coffee-table book of beautiful illustrations, but an encyclopedic reference work which would catalogue all known fishes, offering a classification and cross-referencing against previous works on fish. When John Ray FRS edited Willughby’s work after the latter’s death, he turned the taxonomic effort into an ambitious engraving project, likely inspired by Robert Hooke’s success with Micrographia. 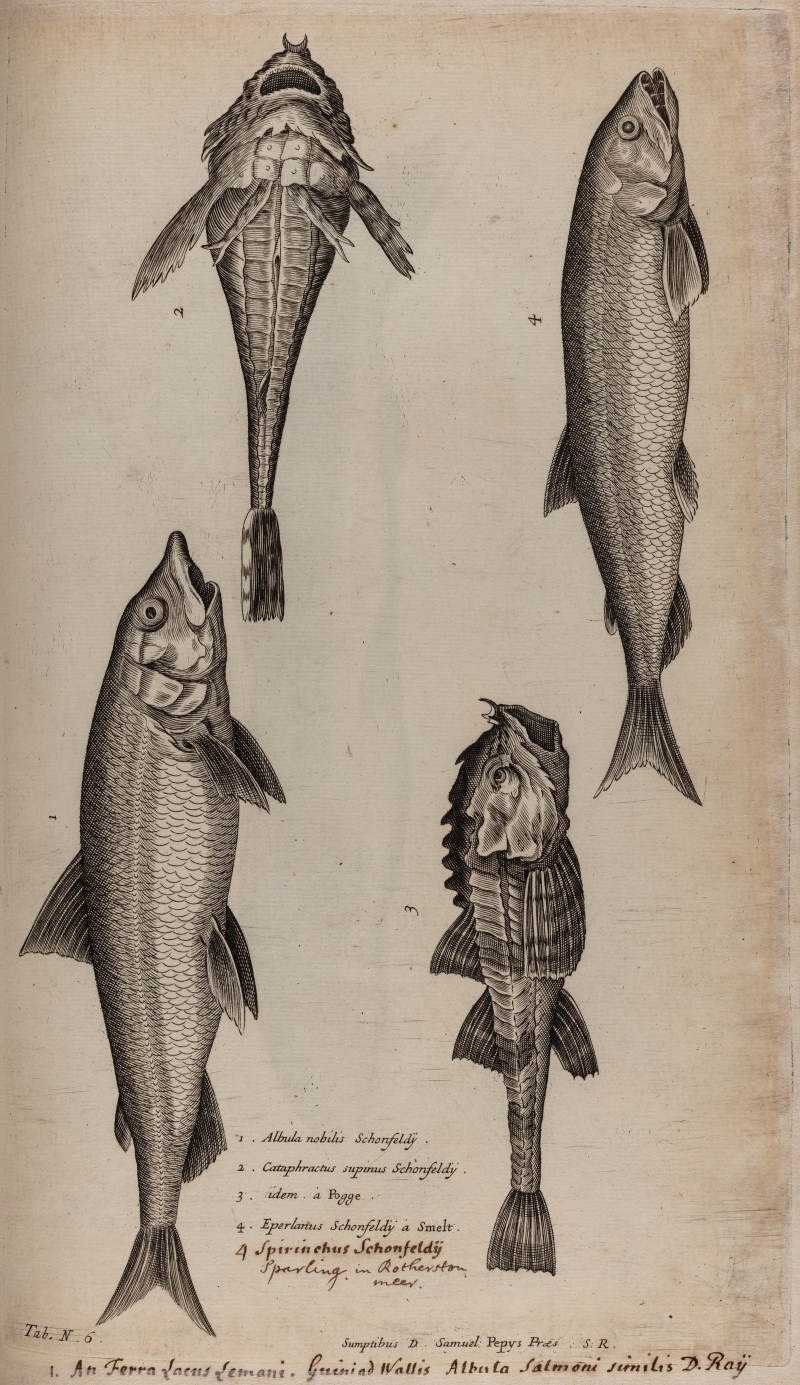 The financial failure of De Historia Piscium was perhaps predictable: while the text was easily printed by the University of Oxford Press, with Royal Society support, Ray had to find sponsors for many of its engraved plates – it would be difficult to fully recoup those costs. Our Picture Library gallery shows many of the plates: in some of the drawings, the fish are neither fish (they’re marine mammals), nor close to the actual creatures meant to be represented. More importantly, De Historia Piscium was not a complete compendium – there were always more fish to be found – and as to the success of the taxonomy itself, well, it was still a pre-Linnean world. Ray’s and Willughby’s names were superseded very fast, hence the large quantity of marginalia in our copy of the volume.

To allow readers to make up their own minds about De Historia Piscium, we’ve launched a Turning the Pages version of the volume. One of the motivations to create the online version is that, as often with books of the period, each copy is unique. For instance, in the Smithsonian copy digitised on the Biodiversity Heritage Library, the plates are interleaved with the text, whereas in our own De Historia Piscium the text is presented in one block, followed by the images.

To all virtual and physical visitors to the Summer Science Exhibition, enjoy our festival of science – so long, and thanks for all the fish!