The sound of science

Isabel Lauterjung discovers some quirky musical instruments and theories in the archive and book collections of the Royal Society.

Through John Wallis, we get a charming insight into country life, complete with fiddlers in the town square, ballad singers at the fair, and Morris dancers at Whitsun-ale. 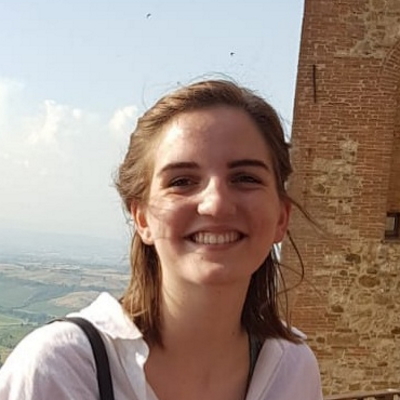 Since starting at the Royal Society last year, it has become obvious to me that I clearly underestimated the sheer range of the Fellows’ research interests. These extended well beyond the realms of what I’d considered to be ‘scientific’, and I was particularly struck by the number of documents relating to music.

For an overture, we have Charles Burney FRS’s General history of music in our Library, which offers a four-volume treatise on the ‘innocent luxury’ of music, calling it ‘unnecessary, indeed, to our existences, but a great improvement and gratification to the sense of hearing’. The first volume introduces us to ancient Egyptian, Hebrew and Greek music, and features extracts from hymns as well as some fascinating illustrations: 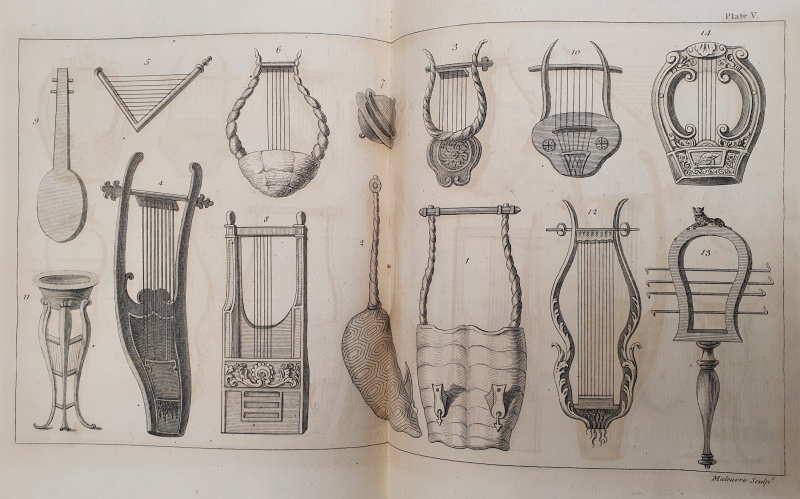 Image of a variety of ancient string instruments, predominately lyres, from Burney's General history of music

Our Fellows showed an interest in all sorts of musical curiosities. One of the more unusual claims was a stone, apparently marked with musical notation, mentioned in a 1732 letter to Sir Hans Sloane PRS which referenced a recent publication by German theologian Heinrich Jakob Sivers. While his description of the ‘musical stone’ (ten inches long and eight inches broad, with deep red musical lines and notes) brought him admission into the Prussian Academy of Sciences, it was ridiculed by Sivers’s frequent critic and satirist Christian Ludwig Liscow.

Of course, an interest in the slightly more ‘standard’ instruments was more frequent. Back in 1664, secretary Henry Oldenburg FRS wrote to Robert Boyle FRS on the recent revival of the archiviole, reportedly invented by a Frenchman a couple of decades previously. Famed mathematician Marin Mersenne described the instrument in his 1636 book on musical theory: it resembled a harpsichord but featured a viol stop at the top and could be operated with a crank. It must have been quite the sight (and sound)!

Stringed instruments seem to be particularly popular: the aeolian harp allegedly displayed healing powers in a case referenced by a Thomas Peirce in correspondence with Richard Kirwan FRS. Peirce went on to recall another patient, who was exhibiting symptoms such as restlessness, agitation, groaning and constant muttering. Peirce proceeded to play some popular songs of the day on his violin, both solo and in a duet as well, as calming and jaunty tunes, and the patient immediately calmed down and went to sleep. According to Peirce, the most important thing to remember for optimal healing qualities is to always stay in the major key! 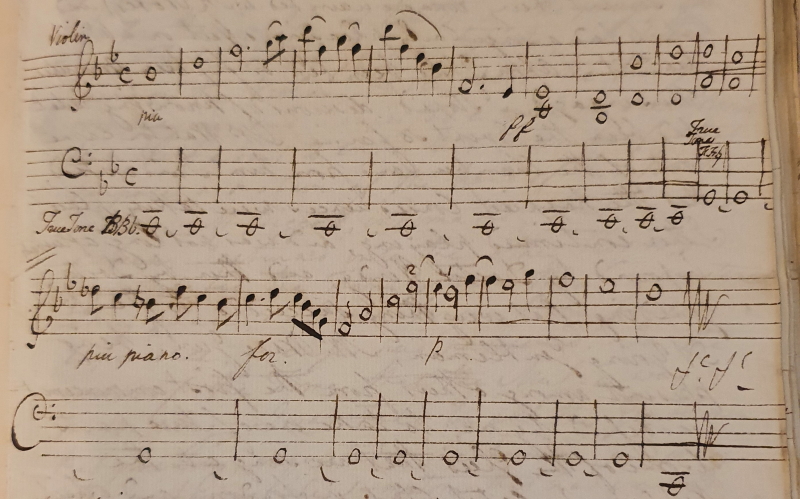 In 1705, Fellows at a Royal Society meeting were privy to a small concert as musicologist Thomas Salmon presented his paper on musical theory considered from a purely mathematical perspective. The performers that day were brothers Frederick and Christian Stefkins, in the service of Queen Anne, as well as another violinist by the name of Signor Gasperini.

The link between music and mathematics was often the focus of Fellows’ work. Around 1698, John Wallis FRS gave a detailed answer to the question of measuring the scales using arithmetic, and the correct division of a monochord, an ancient instrument used for tuning purposes:

Wallis also broadened his musical research beyond the realm of numbers and measurements. In the same year, he tried to analyse the effects that music had on different people in different eras. He associated certain instruments with specific emotions, for example equating drums and trumpets with an acoustic ‘roughness’ that evokes courage, especially in a conflict or battle scenario.

Audience sophistication was key to the perception of music: some ‘rusticks’, as Wallis called them, would enjoy a simple jig played on a fiddle or a bagpipe more than a performance of violins and voice. Through Wallis, we get a charming insight into country life, complete with fiddlers in the town square, ballad singers at the fair, and Morris dancers at Whitsun-ale. In a nice multisensory comparison, Wallis drew parallels between the complexity of musical composition and a cook’s concoction of a tasty sauce, saying that, while novices might not be able to distinguish individual components or ingredients, they could still appreciate a good taste/sound.

In a paper by Robert Hooke FRS, rediscovered 23 years after Hooke’s death by his friend William Derham FRS, Hooke wrote about the psychological effects of music. After breaking down music and sounds to its basics – vibrations in the air reaching the ear – he theorised about the lack of a ‘mechanical or intelligible cause’ behind humans’ dislike of specific sounds. For example, a string strung very tight to an incredibly high pitch will elicit the same reactions from listeners as the scratching of a pewter dish or the screeching of a bat – perhaps painting a nice soundscape of Hooke’s surroundings.

Royal Society Fellows continued to show an interest in the quirkier aspects of music into the nineteenth and twentieth centuries. One of the exhibits for the Society’s 1891 conversazione was listed as musical sand from Arabia, the United States and the Hawai’i archipelago, while the 1903 conversazione featured a reproduction of an ancient water organ: 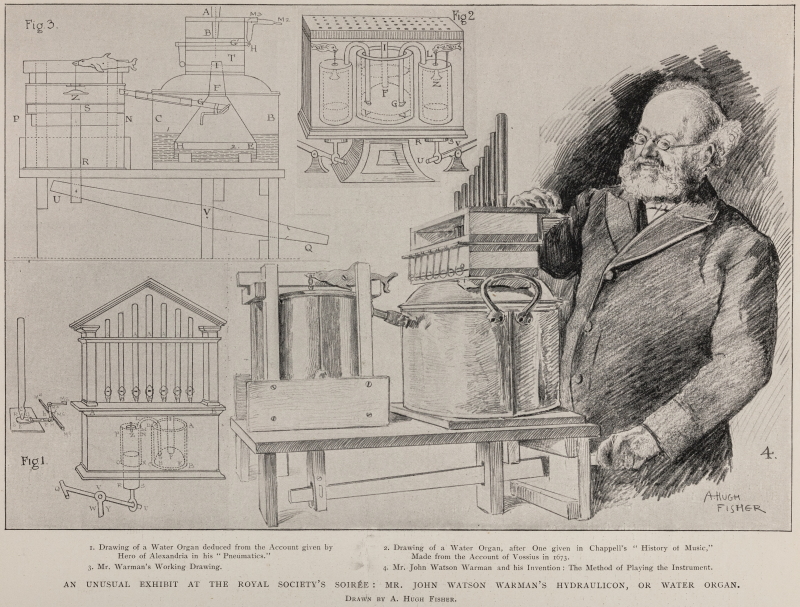 The musical variety (and soundscapes) in our collections are broad, and I hope to uncover further strange and wonderful instruments. And if eight-year-old me had only read A Green’s 1836 paper declaring it was the instrument’s fault that it couldn’t be tuned better and not the player’s, I would have been spared many a telling-off from my music teacher!