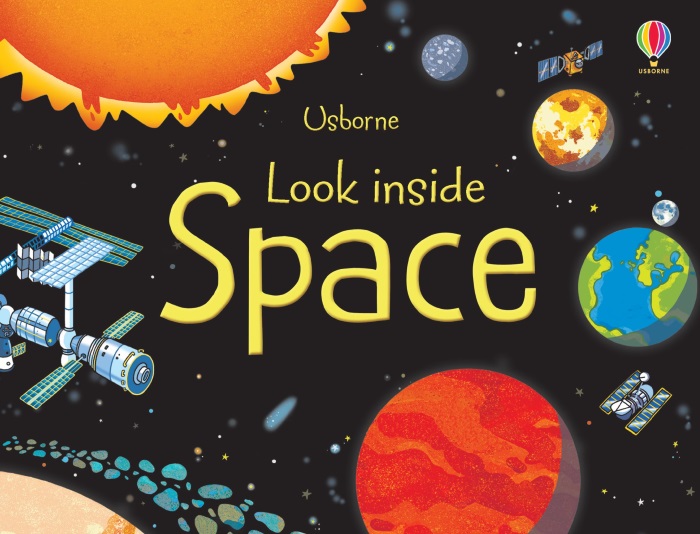 A fascinating introduction to why the stars shine, how the moon was made, 'glittering galaxies' and the space station.  With over 70 flaps to lift to reveal the secrets of the Universe, Rob Lloyd Jones' book Look Inside Space has been voted winner by this year's young judges.

The short listing panel said “A fantastically interactive book for younger children. Full of flaps to lift (and flaps under flaps) that reveal amazing facts about space!”

Our young judges all enjoyed the flaps, colourful illustrations and facts about space.  Servite RC Primary School said "We really, really liked all of the flaps in this book. There was so much to look at on each page." and Stafford Grammer School said "Great for young scientists.  Loads of great bitesize facts about our Solar System - and beyond!"

The Royal Society Young People's Book Prize winner is selected by groups of young people in judging panels across the UK.  Over 1000 young people from over 100 panels took part to select the 2013 winner, Look Inside Space by Rob Lloyd Jones, from a short list of six books.

Watch our film celebrating the six short listed books, as reviewed by some of the young people who made up the judging panels across the UK responsible for selecting the winning book.

The judging panels were asked to submit video reviews of the short list as part of a video competition. The winning video is shown below.

As the producers of the winning video their panels was awarded £300 in book tokens.